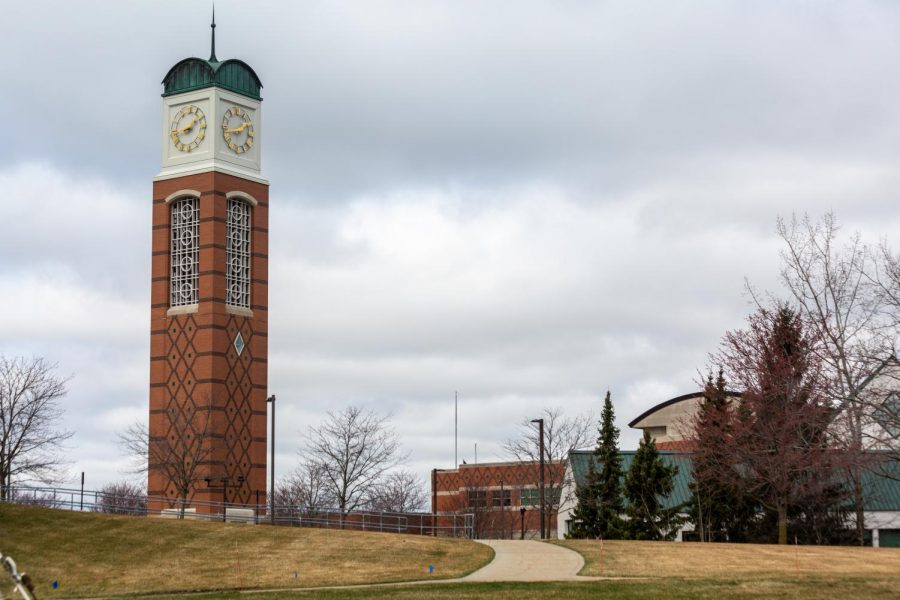 After his tour of duty in World War II, Grand Rapids businessman Bill Seidman had a vision for his home community. He noticed that students were leaving Grand Rapids to pursue higher education, but not coming back to the city after graduation.

In the late 1950s, he lobbied the State of Michigan to build a new state school. With significant backing from the community and one million dollars raised in just one year, something new began to grow from the farmlands of Ottawa County.

Sixty years and thousands of graduates later, Grand Valley State University has become a sprawling institution, establishing itself from the lakeshores of Holland to the skyscrapers of Detroit and everywhere in between.

To celebrate the history, community, and culture that GVSU has built in six short decades, University Communications has launched a “60 for 60” campaign, which is meant to tell untold stories and powerful memories of GVSU.

The video series in its entirety will feature sixty-second video stories from sixty chosen members of the GVSU community, including current students and alumni, as well as current and former faculty members. GVSU President Philomena Mantella said that the concept was born out of a need to do something different with the inability to hold a formal celebration due to the COVID-19 pandemic.

Mantella said she knew that GVSU was a special place before she even arrived on campus.

“The stories of the university and the changes over time signaled that it was a place that was always looking around the next corner,” Mantella said. “So what the university had, the people that were her and the mission, along with this kind of passion to look at what’s next was what drew me here”.

Mantella and Vice President Matthew McLogan both believe that GVSU students have played the most important role in making the university what it is today.

“I think the ‘60 for 60’ project is wonderful for bringing attention to the most important thing we do, which is graduate students and produce talent and new leaders for the next generation of Michigan residents,” said McLogan.

He went on to highlight examples of successful alumni such as former Lanthorn Editor Mary Kramer, who is now the publisher for Crain Communications in Detroit, as well as former Student Senate President Frank Foster, who went on to serve in the Michigan State Senate.

“We see the ‘Laker for a Lifetime’ in reality,” Mantella said. “It’s not a slogan, it’s that people that are here embrace the responsibility beyond going to school here. And those that leave embrace a lifelong relationship. So the stories that are a part of what GVSU meant in the student journey or what it means today as a student, in addition to what it means as they’ve gone on in their life are really an important part of our whole ethos as a university.”

While the “60 for 60” campaign is meant to reflect on the history and growth of Grand Valley, Mantella and McLogan believe that the next sixty years have the potential to be even better.

“We have to understand the essence of who we are and make it stronger, so that’s faculty and student relationships and integration of liberal education and professional studies,” Mantella said.  “We’ve got to double down on those things and then we have to look at serving a broader audience.”

The “60 for 60” series is currently in progress and new videos will continue to be released throughout the year. Eighteen of the 60 videos have been shared on the university’s website and YouTube channel so far. Members of the GVSU community who are interested in being featured in the series can contact University Communications for more details.