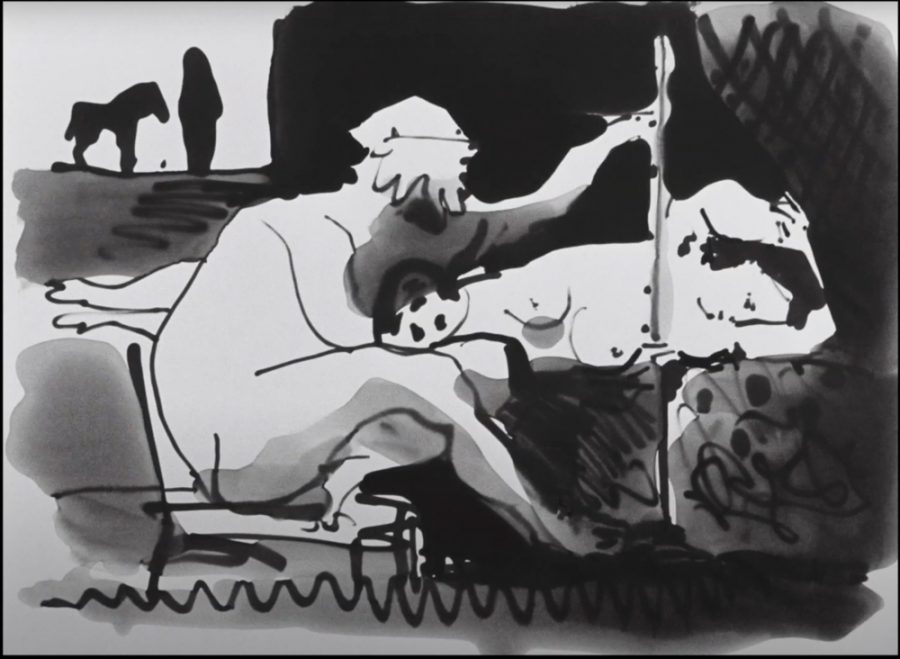 Typically, the club would partner with the Grand Rapids Community College and host films in-person at the GVSU and GRCC auditoriums in downtown Grand Rapids. However, due to COVID-19 restrictions, everything this year had to be made virtual.

French Club President Ian Curtis said that although the format of the festival is different this year, it has also offered the festival a unique opportunity for reaching a wider audience.

“Normally, only people in the West Michigan area were able to make it since the films were screened in a physical location,” Curtis said. “This year, we were able to advertise to high schools, colleges and community members all over the state and the country. In fact, the Chicago Office of the Cultural Services of the French Embassy in the Midwest posted our film festival flyer on their social media, which reaches a couple thousand people.”

In previous years, the club would post the films in the evenings during the weekend. Now, due to the festival’s online format, the films have been made available for an entire or multiple days.

Officially beginning by making the first film of six available on March 19, Curtis said the inner workings of the festival really began in the fall when the club had to apply for a grant from the FACE Foundation, an American nonprofit organization that is dedicated to supporting French-American relations through innovative cultural and educational projects.

The group also needed to contact GVSU professors to “present” each film, as following each screening is a recorded presentation from a faculty member who specializes in the subject of the film.

“These presentations help give context to the film and can perhaps provide a unique perspective on the events in the film,” Curtis said. “We are grateful for the professors who were willing to pre-screen the films and provide their expert commentary.”

Curtis said this year, the French Department left it up to the officers of the club to pick which films to be screened and that it has been his favorite part of the festival.

“We knew that most people would not have time to watch every film so we tried to choose a variety of genres and subjects,” Curtis said. “It was entertaining to watch the trailers for each potential film and discuss with the other officers whether or not each one would provide a unique experience to potential viewers.”

Following the last film being posted and available from Friday, April 2 at 10 a.m. to Monday, April 5 at 4 p.m., the club will be holding a public film discussion event on Zoom on Tuesday, April 6 from 7-8:30 p.m.

During the discussion, there will be six breakout rooms for participants to join (and freely move between) to discuss the films with other viewers from the public. The club said they will provide stimulating discussion questions, and hopes that it makes a way for participants to help each other better understand the films and see the contents from a new perspective.

Students who wish to attend are asked to RSVP on LakerLink for the Zoom link. For those who are not students, Curtis said the Zoom link should also be included in the email they received that provided the passwords for the films.

Curtis said he is looking forward to the discussion and hopes that the club can take what they have learned from this year’s virtual format and use it to their advantage in years to come.

“I am actually quite interested to see how many people were able to ‘attend’ and watch a film and to read or hear feedback on how the festival went,” Curtis said. “Although this is an event we have done before, the new format makes for a new experience and may create options for future festivals.”