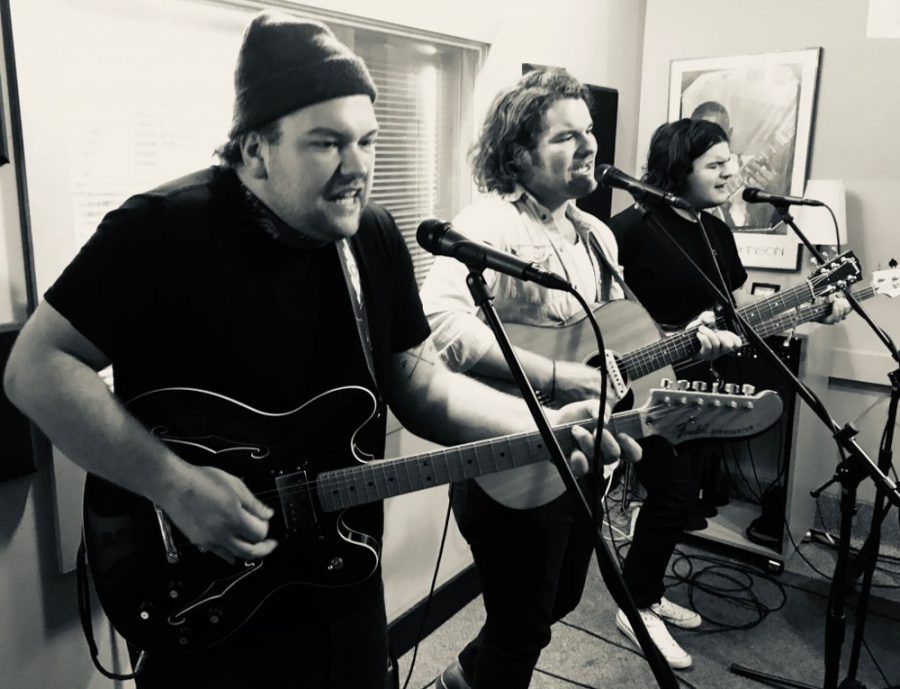 Merchandise collaborations are a frequent occurrence in the music industry, and for good reason. With

music streaming continuing to slim down profit margins, especially for smaller artists, working together with a prolific clothing brand is a great way to drum up some excitement and hopefully keep the lights on a little longer.

Artists like Post Malone, Billie Eillish, Travis Scott and hundreds of others release collaborations with merchandising brands regularly, and usually to great effect. As of today, Malone’s Crocs are currently listed on shoe resale sites for upwards of $690.

Brother Elsey, a local West Michigan band that has been slowly building their sound and their fan base since 2017, is soon to join that list.

Recently, the band announced an upcoming collection of merch designed in partnership with The Oddest Supply Co.

What started as the unexpected hit of a pop-up streetwear shop in 2016 morphed over time into Oddest, which has become a full-blown independent clothing startup based out of Grand Rapids.

The two had first connected a few years prior when Brother Elsey needed some shirts printed while touring. They had discussed potential ideas with Edgar Hernandez, Creative Director at The Oddest Supply Co., but this is the first official collaboration.

Hernandez, who did all of the art direction for the most recent merchandise drop, said the band first approached him back in January wanting to develop some new goods to coincide with the upcoming single release.

“I thought it was a good opportunity to partner up with them and do something special for them,” said Hernandez.

The merchandise collaboration with Brother Elsey — which is currently available for preorder on the band’s website — is intertwined with the release of “Dreamer,” their first single of 2021.

“Really the song and lyrics were the main focus and inspiration for the designs,” Hernandez said. “I wanted the designs to fit the style of the band while still keeping it clean, classic and timeless.”

Hernandez said he is hopeful for the potential of more upcoming collaborations and a business space later down the road.

“We’re hoping to activate a space soon and have all the new goods and live music for the fans to enjoy,” said Hernandez.