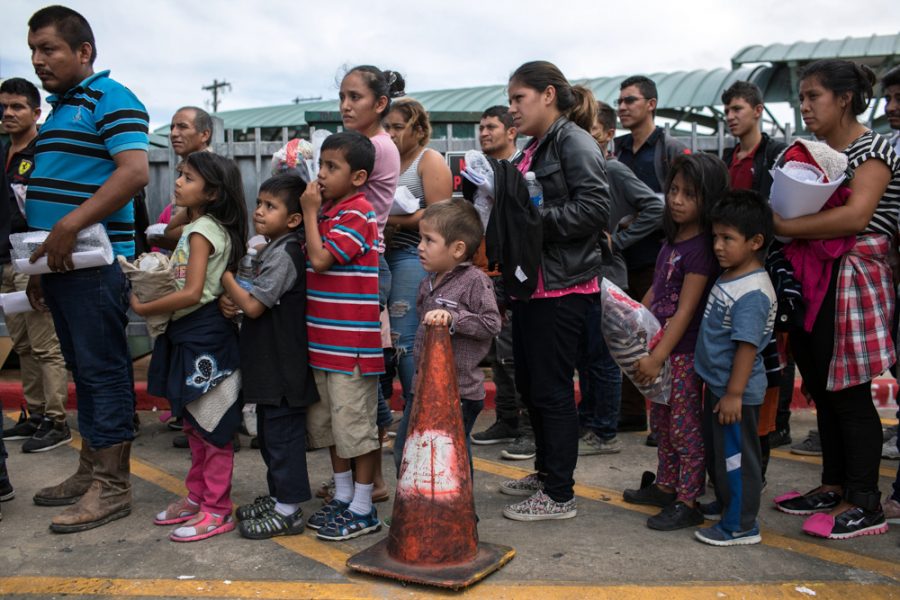 The Trump administration and the pandemic generated a lot of pain, fear and anxiety for plenty of people. But thanks to their privilege – the benefits that come from being wealthy or white in a capitalist, white supremacist society – there have been people who don’t feel the need to pay attention to what’s been happening and are lucky enough to be able to ignore it without repercussions.

During the past several years, some people have continued on as normal, and they’ve carried on dining out, having large social gatherings, and ignoring the unemployment and housing crisis throughout a period where they should have been wearing masks, social distancing, and helping people who are less unfortunate.

One of the most important issues that people with racial and class privilege have been able to ignore is the immigration crisis.

Immigrants, asylum-seekers, and refugees – people coming to America in search of a safe haven – have been detained, tangled up in arbitrary legal red tape and subjected to inhumane treatment at the hands of governmental organizations. But nobody should disregard what’s happening to our classmates, co-workers, and friends whose families have relocated to the United States.

This crisis is a human issue, but it is abstracted into something cold and heartless because undocumented immigrants, or documented immigrants who face new discriminatory policies that threaten deportation, are forced to remain anonymous for their own healthy and safety.

During his 2016 campaign, Trump put his discriminatory attitude on display, and when he was elected, he followed through on that with a series of policy changes over the course of his time in office. It was first stopping, then slowing naturalization ceremonies, then denying entry to refugees and people seeking asylum, and then reducing legal immigration by almost 50%.

Even now, with the Biden administration in full swing and Congress in Democratic control, immigrants continue to face challenges living in the United States and trying to cross the border. In order to prevent the spread of COVID-19 in detention centers, Biden has kept Trump-era legislation that enables the Border Patrol to turn away immigrants intact, and detained minors in jails to keep shelters from exceeding capacity.

The horror stories about living in fear of ICE raids, or being forced to survive in detention facilities can move any caring person to anger, but because immigrants must remain faceless in order to escape persecution, those stories sometimes struggle to find the light of day. And beyond expressing empathy or outrage, many people are at a loss for what they can do to help immigrants in the United States.

It is always important to vote for officials who advocate for the people harmed by discriminatory policies, but right now that’s an ongoing concern, too.

For the past couple of months, Republicans have been instituting legislation that restricts access to voting in their states, and Michigan has been no exception. Conservative lawmakers are proposing stricter ID laws, limited curbside drop-box hours, and policies that would undermine 2018’s Michigan Proposal 3, which enabled no-excuse absentee voting for people who are unable to vote in-person on election day. Thankfully, Governor Whitmer and Lieutenant Governor Gilchrist have vocally opposed these restrictive policies, with Lt. Gov. Gilchrist proposing federal legislation to counteract the nationwide surge in similar voting laws.

But voting is only half the battle. The other is hearing the chilling experiences that undocumented families and their children face as they look to carve brighter futures as Americans.

As Grand Valley State University hosts its first UndocuWeek, there are opportunities for students to learn about perspectives that have historically been overlooked. The free, online week of events is an excellent first step toward engaging a crisis that has been made faceless for far too long.