Column: Rebuilding or retooling? The Pistons are moving towards a brighter future 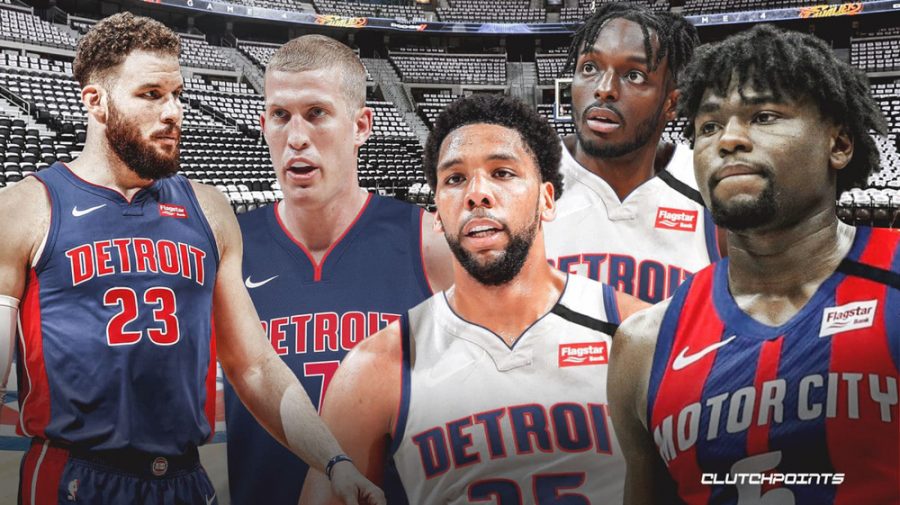 As a lifelong Detroit sports fan, I know what rebuilding a franchise looks like. It may seem like just yesterday when the Red Wings held up the Stanley Cup or when the Tigers were at least seeing a World Series. In all reality however, those times are long gone. The term rebuild gets thrown around every year with the Lions to absolutely no one’s surprise, but of all Detroit sports it seems that the Pistons are the ones showing signs of life.

The Pistons’ 16-37 record may not show it, but the team has released much of its dead weight and continues to push forward, despite losing the “star power” they once had, if you could even call it that.

The buyout of forward Blake Griffin wasn’t surprising as the Pistons showed their hypothetical belly in surrender, but not all was lost. Sure, the Brooklyn Nets are much scarier with Griffin in the starting lineup, but it’s not like the Pistons were looking to compete with the Nets this season anyway. In my eyes, this was the first step towards something bigger than what was once known as the “twin towers” of former Pistons center Andre Drummond and Griffin.

To me, this is the first time in years that the team looks refreshed and ready for change. It could be argued that the team was a bigger contender only two or three years back, but if we’re being honest, was that team as competitive as we thought? Sure, we had roleplayers like Avery Bradley, Luke Kennard, and a young but promising Tobias Harris, but they were only as good as their weakest link.

At the time that weak link was split between a few of the supposed leaders like point guard Reggie Jackson and Drummond, but I argue that a big part of the problem was former head coach Stan Van Gundy. Van Gundy was not only head coach in 2018, he was also the president of basketball operations, a fancy title meaning he was in control of the roster.

Van Gundy saw the leaders of the league around him focusing on what’s known as small-ball revolving around a strong shooting presence and less around the paint. Coaches around the league all envied the glamour and elegant playstyle of the Golden State Warriors or the Houston Rockets, but Van Gundy saw something different.

Van Gundy saw a phenomenal talent in Blake Griffin being wasted on the Los Angeles Clippers, a team that at the time was fighting for the 8th seed in the playoffs in 2018, much like the Pistons. The Clippers recently pawned off their other assets in Chris Paul and Deandre Jordan, so the move made sense at the time. Maybe not in exchange for the best of the Pistons’ squad of journeymen, but hindsight is 20/20.

That move was something it would take years to recover from and only recently has the team aligned itself on the path of redemption. Griffin was riddled with injuries and was seemingly a shell of his former self. Watching Drummond walk across the court on fastbreaks was embarrassing. At the start of the 2018-2019 season, Van Gundy’s time had finally come. The Pistons landed former head coach of the Toronto Raptors and winner of the Coach of the Year award that season, Dwayne Casey.

Casey has held the reins on this team since, and has made a point to take what was formerly a rag-tag team from the first round of the playoffs to, well, not making them. Yes, it may seem silly to praise him for putting us on track to a worse season than the team has had in years, but taking a step back, Casey has the potential to land more firepower than a Pistons team has seen since the late 2000s.

The draft class of 2021 is riddled with names that have haunted the NCAA between guard Cade Cunningham and forwards Evan Mobley and Jalen Suggs among many others. The talent leaving college this year is nothing to scoff at, and it seems Casey has taken notice since the Pistons are well on their way to getting the second or third draft pick. Combine the prospect of someone young and talented with what the Pistons are already working with, and they could be a force to reckon with.

Pistons guard Saddiq Bey recently broke the team record for 3-pointers in a season for a rookie, and young buck Jerami Grant has performed well past his expectations on the year. Wayne Ellington, while not necessarily a star player, is still a guiding presence on the court with 12 years of NBA experience under his belt, and they even scooped up Dennis Smith Jr. Smith Jr. is a point guard who once had the same hype that all the flashy incoming point guards get, just like Markelle Fultz and the Ball brothers as examples.

In short, I truly believe in the future of the Pistons. They may be in the middle of a lengthy rebuilding process, but for once they are holding onto the key pieces necessary to go past the first round of the playoffs. I suppose the good thing about being at the bottom of the conference is, you can only go up, but to be pessimistic is to be ignorant to the potential essentially leaking from this team’s roster.