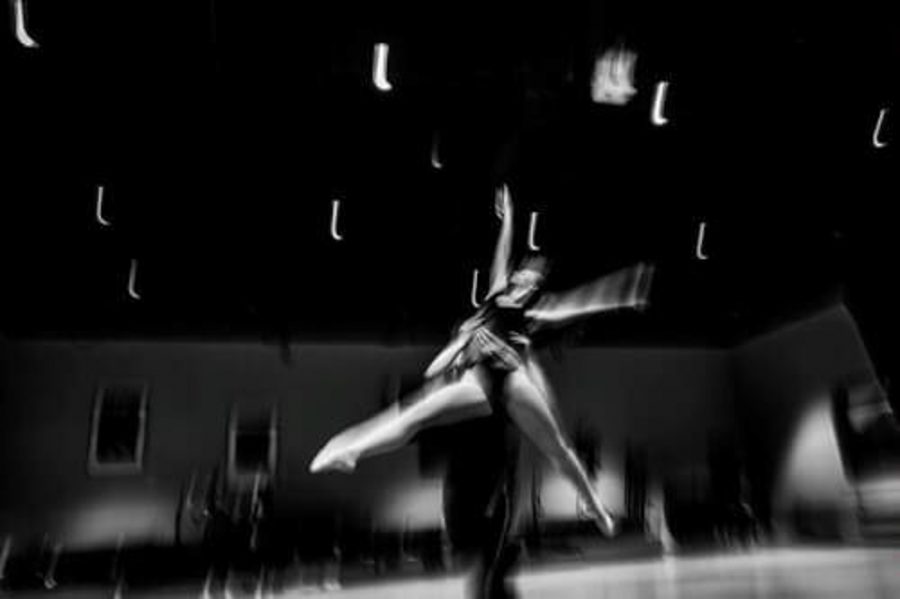 The Grand Valley State University Dance Company will be holding their Spring Dance Concert through a mix of pre-recorded pieces and in-person performances.

There will be three pre-recorded pieces, two of which had to be auditioned for and were choreographed by guest artists Queala Clancy from California and Yoshito Sakuraba from New York. The third piece will feature the entire dance company and was recorded outside with a drone for a unique aerial view.

Three live pieces will also be performed in the field outside of the Haas Performing Arts Center. Two of the dances were choreographed by GVSU Associate Professors of Dance, Carrie Brueck Morris and Hannah Seidel, and a third was guest choreographed by Alyssa Tollefson.

The concert will feature two pieces from the Senior Dance Concert as well. It is unknown whether these dances will be performed live or pre-recorded.

Preparations for this concert began as soon as the semester did, with a mix of in-person and virtual rehearsals.

Dance major Megan Wolter said during the first two weeks of the semester those who auditioned and were chosen to participate in pieces choreographed by Clancy and Sakuraba met in the dance studio and used a projector to display the Zoom call at the front of the room.

Clancy said GVSU students were a joy to work with, and although it was difficult to collaborate across time zones, it was well worth it.

“This was my first time choreographing a work online with students in a different time zone — which can play a role in energy — that was dependent choreographically upon the students and faculty to assist with videography,” Clancy said. “I must say I am very impressed and extremely grateful for our collaboration.”

Clancy’s piece is titled, “Direction of Thought,” and explores eye direction and behavior using three phases of spoken text that address suspicion, fear and excitement. She said the group worked every day for two weeks, and each movement phrase considers specific eye actions such as squinting and hard stares. The dancers also use eye directions such as looking up or down to communicate to the audience or with each other.

When it came to rehearsals for the larger faculty-choreographed pieces, things had to run much differently.

Seidel said the rehearsal schedule had to shift this semester so that the company could accomplish its goals while still adhering to safety guidelines.

Although the group met outside whenever they could, the weather was not always permitting. So, in order to still rehearse, students had to alternate between being in person and online.

“The dancers are working hard to transfer their experiences from in the studio to outside, on new ground, and seeing new people next to them,” Seidel said.

She said although the pieces are coming together nicely, it is at a much later stage in the process than in past years due to the constantly changing practice environment.

“Since we’re working up to a live performance for some pieces but only have some students for some part at a time, you can’t see what is actually going to happen from the perspective of a choreographer,” Seidel said. “You’re pretending to do something, and the students are pretending and indicating what they’ll do. So, the ultimate product is emerging much later than usual.”

Rya Greene, a double major in dance and public & nonprofit administration, said the new process is strenuous but rewarding.

“Rehearsals can be infrequent, so some weeks you won’t be in at all, and other weeks you are putting in 10-plus hours,” Greene said. “It has been a hyflex class, with most in person. Some of the bigger pieces required people to zoom in from home for some rehearsals but our professor was good about making sure we get equal studio time.”

Greene said her favorite dance to learn was titled, “Molt” by Carrie Brueck Morris. It is a restaging of a piece that she did years earlier that was already, coincidentally, socially distanced. The piece is comprised of four solos that are each two minutes long. Greene said she loves that it allows each individual to bring their own voice into the piece.

Wolter is also in this piece and said she loves it for the same reasons.

“My favorite part about being in the piece is being able to individualize the choreography on myself and take what Carrie gave me and make it my own and explore new ways to delve further into that,” Wolter said.

A double major in dance and advertising and public relations, Julian McKenzie, is not in “Molt” but is in “Troposphere” by Seidel.

He said he is not only excited about the concert because he hasn’t performed live in over a year, but also because GVSU’s Dance Company holds a special place in his heart.

“My sister is also in the dance program as a senior and she’s not in this show sadly,” McKenzie said. “But for the past couple of years, I’ve been going to GVSU dance concerts and I always knew I wanted to go here and be in this program. I’m super excited to have a show. This semester has been really nice being able to look forward to a performance.”

Seidel said she is also looking forward to the performances, and can’t wait to see the students doing what they love together once again.

“I’m the most excited about students having an opportunity to perform live together,” Seidel said. “They didn’t get an opportunity to last winter because it would be terrible to practice outside together in the snow. It’s so important for dancers to be together and they learn so much during the experience. I can’t wait to see the culminating joy of their semesters’ work, and I’m excited to see them do their thing.”