The potential and the probable: Oscars 2021 predictions 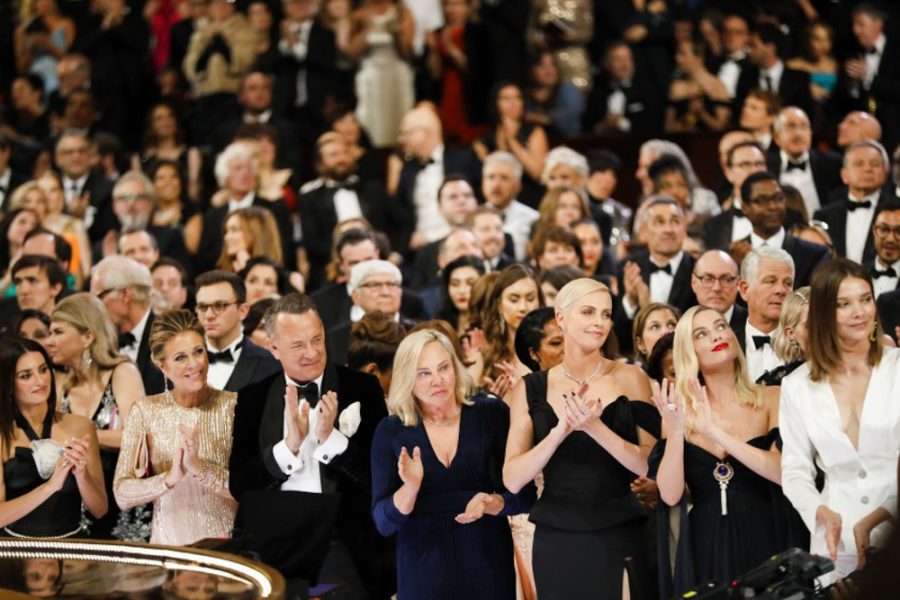 Another year has passed, which means we are now arriving at another awards season celebrating the entertainment that got us through it.

For 2020, the Academy of Motion Picture Arts and Sciences elected to have their annual awards ceremony on April 25, considerably later than normal.

This decision came with the added bonus of an extended two-month window of eligibility, meaning any movie released between Jan. 1, 2020, and Feb. 28, 2021, is eligible for this year’s Oscars.

The current industry-favorite for Best Picture this year is Chloé Zhao’s “Nomadland,” which stars Oscar veteran Francis McDormand living her best van-life after losing everything in the 2008 financial crisis. It seems like a solid bet, especially because of all the buzz it’s gained from previous award shows.

McDormand faces tough competition in the Lead Actress category, however, especially from Carey Mulligan in “Promising Young Woman” and Viola Davis in “Ma Rainey’s Black Bottom,” the latter being considered by many a snub for not receiving a Best Picture nod.

Actor in a Leading Role is no less stacked with talent, as previous winners Anthony Hopkins and Gary Oldman face off against Steven Yeun, Riz Ahmed and the late Chadwick Boseman. Each actor dominated their respective roles, leaving it too close to call here.

“Judas and the Black Messiah” had a great Lead and a phenomenal Supporting Actor.

However, they both ended up in the Supporting Actor category due to some archaic notion that a movie’s central character can’t be the lead if the film’s from a different point of view. Daniel Kaluuya and Lakeith Stanfield both have to contend with Sacha Baron Cohen for his work in “The Trial of the Chicago 7,” but this seems like Kaluuya’s win.

Supporting Actress has no clear favorite, except for perhaps the surprise nomination given to Maria Bakalova. The clear standout of “Borat: Subsequent Moviefilm,” Bakalova endured much more than any typical actress would during filming, including the now-infamous “pants tuck” from former NYC mayor Rudy Giuliani.

The Directing category seems like a shoo-in for long-time Oscar favorite David Fincher, whose “Mank” told the kind of story Hollywood loves to hear: one about Hollywood. It is a welcome change to see so many diverse voices nominated this year, a departure from an increasingly uncouth norm for the Academy.

“Nomadland” once again leads the pack in the Adapted Screenplay race, though it wouldn’t be surprising to see “One Night in Miami…” get its’ recompense for its Best Picture snub.

Finally, the Best Animated Picture award will once again go to the Disney/Pixar behemoth as it has nearly every year since 1995. This time it looks as if the winner will be for “Soul,” though “Onward” was also nominated.

While not exhaustive, that covers all of the major categories and their potential/probable winners. We’ll see who comes out on top come April 25.