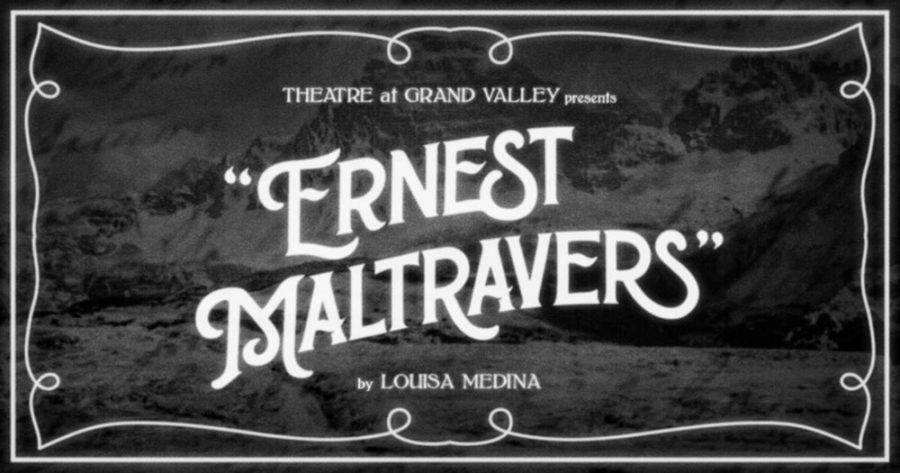 For the first time in over a year, the Theatre Department at Grand Valley State University is putting on an in-person, live audience production.

Tickets for the in-person viewing cost $6, and the production will be held at the Louis Armstrong Theatre in the Thomas J. and Marcia J. Haas Center for Performing Arts.

For those who are not members of the GVSU community or are unable to attend the in-person show, a live stream of the performance will be occurring simultaneously on ShowTix4U.com. Tickets can be purchased through their website and are $3 for students, $6 for non-students, and $15 for viewing parties.

Professor and Head of the Theatre Department, James Bell, said “Ernest Maltravers” is a melodrama that follows the relationship between Ernest Maltravers, a high-class young Englishman, and Alice Darvil, the daughter of a notorious outlaw.

“Alice Darvil is a remarkably strong character and never a stereotypical ‘damsel in distress,’” Bell said. “She fights her own battles and is the rescuer rather than the rescued even as she is a victim of a lot of mistreatment.”

The cast is made up of 10 GVSU students, and seven other students are members of stage management and the production staff.

As this is the first in-person performance, numerous precautions are being put into place to ensure the safety of everyone in attendance.

Rehearsals for the play were virtual with the exception of the last two weeks prior to the performance. Masks are required, and there will be assigned seating in order to maintain social distancing.

In addition, audience members will have to complete and pass the GVSU Daily Self-Assessment Screening before entering.

Director and GVSU alumni Katherine Mayberry said the theatre has taken every precaution, and she is happy with the efforts being made to adhere to safety guidelines.

“I feel the theatre program has done an excellent job of planning for the students’ safety,” Mayberry said.

Both Mayberry and Bell said everyone involved is experiencing an abundance of nerves as it is their first in-person performance during the pandemic. More than anything however, they’re excited that their students get to experience theatre the way it was intended to be: in front of a live studio audience.

Bell said the nerves being experienced are welcomed, as they haven’t been felt in so long.

“Theatre at its most basic creates a singular event that is an interaction between actors and audience in a space, and while that live audience brings anxiety and stage fright, it also brings excitement, pleasure and a rush of adrenaline that is missing from a streaming-only audience,” Bell said.

He said it has been incredibly challenging not being able to sit in a theatre audience for 14 months, and he is excited for that to finally change.

“[Not sitting in an audience] has seemed like an eternity at times, and I’m very excited to see what will be a unique kind of performance, different from what we had originally imagined in our pre-COVID selection of this play,” Bell said.

Bell said this rendition of “Ernest Maltravers” will also include live piano accompaniment, live sound effects created on stage, and interesting multimedia to present it to the audience that won’t be physically present.