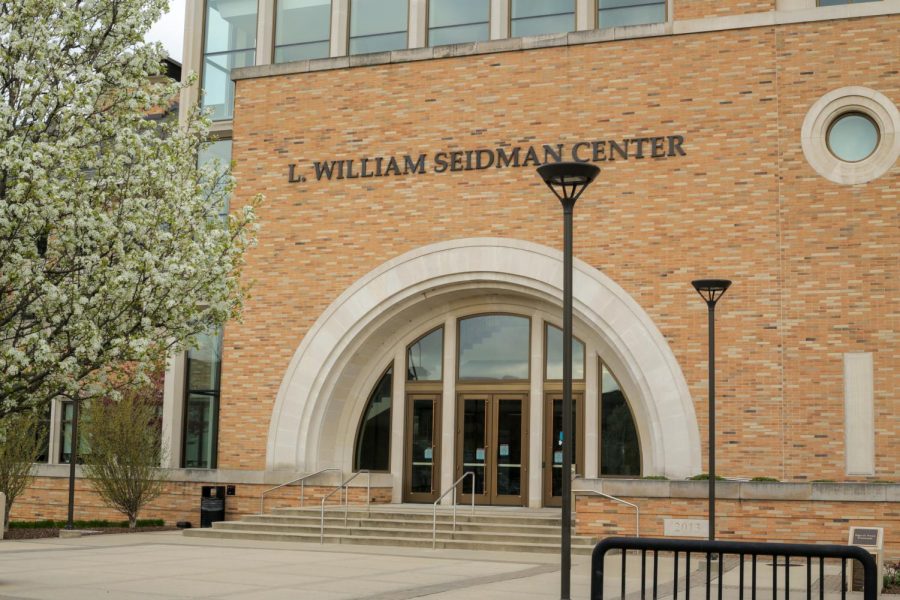 The Seidman Investment Portfolio Organization (IPO) underwent many notable changes at the start of the 2020-21 academic year. The organization is now being recognized for its hard work and has received the Most Improved Organization Award from the Grand Valley State University Office of Student Life.

At its core, the fully student-run organization has roughly 15,000 AUM that is managed by student analysts seeking to develop their business skills for future employment in the finance industry. Research analysts are placed into seven different sectors of Seidman IPO with its sixteen Executive Board members specializing in portfolio management, marketing, operations and presidency.

Seidman IPO was founded in 1976 and has an extensive history with its alumni and partners. However, in the years since its start, there was notably not much change to the internal workings and affairs of the organization.

This changed when current President Landon Klausing took up his position last spring and came to his fellow executive board members with new and exciting ideas to grow the organization. Since that time last year, Klausing expressed that the position has almost become a part-time job for him with the amount of work that has gone into making Seidman IPO into what it is today.

“When I became president in the spring, the e-board sat down and I was like, ‘Hey you guys, I’ve got a ton of awesome ideas for IPO. I’ve got a lot of new things, a lot of the old things that we’re going to continue, and some things that were going to completely change. Are you guys on board?’” Klausing said. “And they were all like, ‘Yes, let’s do this thing.’”

As of today, Seidman IPO has not only made significant changes to its website, LinkedIn, and other social media accounts, but has also implemented news programs to help students further their education outside of the classroom and build connections with those in their desired fields of work.

One of Klausing’s new introductions to Seidman IPO was the Analyst Training Program, a ten-week course designed by the Portfolio Management Team to help broaden understanding of certain skills in the finance and investment industry. Each week’s module covers a different topic with YouTube videos and other documents included to help supplement learning as well as a quiz at the end of the module, Klausing said. Members going through the program are also paired with a portfolio manager to help out when and if needed.

The e-board also began work on an alumni database, another new feature to the organization. After reaching out to the many Seidman IPO alumni and learning that they were interested in getting involved with the organization again and helping current members, Klausing came up with the idea to create a database of alum with the idea being that members could form connections with past IPO members and potentially find job opportunities within the field. The extensive network of alumni also provides a unique mentorship opportunity for members in addition to having e-board mentors.

One key aspect that has not changed in the organization is the passion of its members and the camaraderie they all share. Seidman IPO prides itself on being an organization of like-minded individuals who support and build each other up in addition to preparing members for the business world.

Klausing said that he has found many life-long friends through Seidman IPO. While he hopes that members learn more about investment and where they see themselves after college, he also hopes they find a sense of community with other members.

“My big thing now is pretty much raising and training the next generation of leaders in IPO, in Seidman and in the finance world in general,” Klausing said. “We all want to be successful. We all kind of want to go above and beyond the call of what you would maybe call a normal student.”