The surefire guide to college that only sometimes works 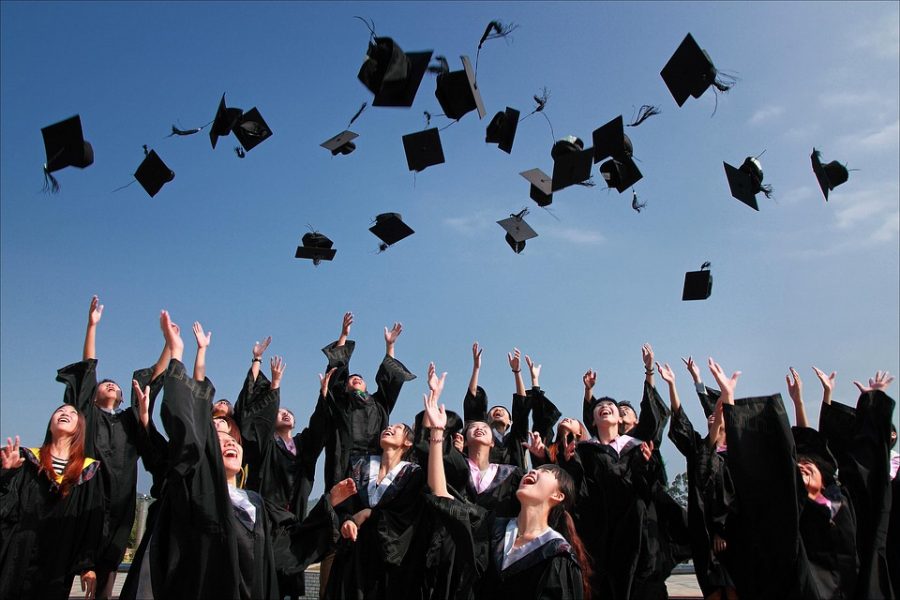 As I stare graduation in the face, I can say I’ve done everything right looking back, but it feels like I’ve missed something as I look forward.

The first of four kids in my family to go to college, I promised myself I would make this journey count.

I was never as concerned with meeting hundreds of new people or attending every social event. It inevitably happened and I’ll never say I’ll regret it, but I was more concerned with making the price tag of college worth it. I’d be damned if I didn’t get something – a career, a life-changing epiphany or something of that caliber – out of the time and the loans that went into attending a university.

I had four years to build up a name for myself. Armed with a few high school accolades in my back pocket that no one would care about, I jumped back into student journalism within months. I picked up undergraduate research six months in. The year after, I took an active role in clubs.

Those commitments were part of the well-balanced Grand Valley State University diet that I always felt was an unspoken rule.

First, nail your studies and have the grade to prove it. Second, get involved, and if possible, hold some leadership positions. Third, do something outside of GVSU, like volunteering, working or interning.

That was always the recipe for success, and the result was your ticket into an entry-level job you could grow into. If you were lucky, it was a solid career off the bat.

So I started checking off boxes. I reached toward the top shelf and grabbed two majors and some graduate-level classes to match. An aisle over, I grabbed a two-for-one on club leadership.

I had a coupon and chalked up about 11 semester’s worth of internships through summers, research or student media involvement. Somehow a byline at the New York Times even fell into my cart, but don’t tell anyone I walked out with that one.

But a solid recipe doesn’t make for a good chef. So here I am, staring graduation in the face without much of a plan.

My plans to extend my current lease fizzled out. I sent out dozens upon dozens of job applications to little avail. While so many of my peers have their lives ahead of them, I don’t know what my plan will be once I digitally walk across the blue and white stage.

But instead of lingering on the hopelessness of my personal situation, the most recent golden ray of sunshine that helped me through this mess was a tweet.

The thread touched on her journey through her NPR internship, but mostly focused on the did-nots, the rejections from every major news organization and the uncertainty of it all.

What stuck with me was her request: to give yourself grace during this time and stop comparing yourself to others.

Over the past week battling with doubt, I’ve swallowed my pride more times than I could count. I’ve looked at my peers going off to do amazing things and congratulated them without sacrificing my own self-worth. I’ve told myself that I’ll step into a job on my own terms when the time is right.

So to the students who did everything right but feel like those achievements weren’t reciprocated, I’m there with you.

Give yourself a break. Don’t compare yourself to others. Gift yourself the grace you deserve this graduation.