Column: Connor McGregor praised by some, hated by many as UFC 264 fight announced 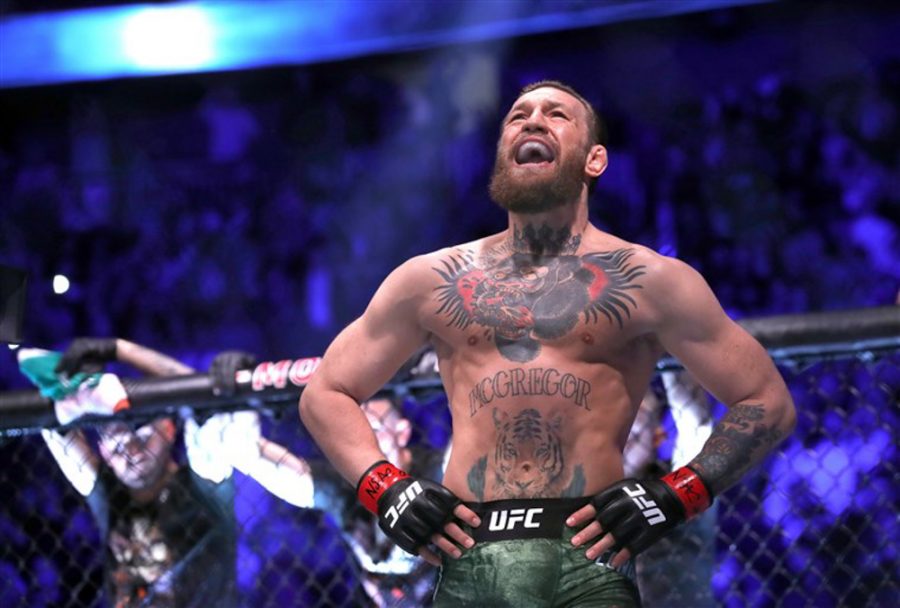 Connor McGregor is a man of many mysteries. There have been several accusations, arrests and mishappenings over his now-lengthy career. Underneath all the racist comments, bar fights with the elderly over his line of whiskey, or even the attack of a bus filled with UFC fighters, there’s a man who once gave up a career in plumbing for mixed martial arts (MMA).

He collected welfare in Ireland up until his first fight in the UFC in 2013, and the rest is history. His career exploded almost overnight and the charismatic Irishman continued his reign of terror for the better part of five years. He’s arguably one of the best strikers in UFC history, and also one of the most controversial figures in both pop culture and combat sports.

Over his eight years with the UFC, his career saw many highs and lows filled with several “retirements,” lawsuits, and championship belts. Those years have been filled with controversy and plight, but it has also led to some of the most entertaining television in years.

For this reason, the court of public opinion is seemingly split along what they think of McGregor, though his opponents are often against him. He once told Brazilian national and former featherweight champion José Also he would ride through his favela on horseback, and even poked fun at Khabib Nurmagomedov about his father’s recent passing.

The most recent of that long list is an exchange with Dustin Poirier, who defeated McGregor at UFC 257 in January of this year. The two had met while they both were starting to climb up the ranks of the UFC in 2014, with McGregor claiming the victory. Following the recent announcement of UFC 264, Poirier made some big accusations towards the former double-champ.

Poirier claimed earlier this week that a promise was made prior to the fight last January that McGregor would donate $500,000 to Poirier’s charity, The Good Fight Foundation. The charity foundation has continued to be a focus of Poirier’s career, and is something that he admits to taking very seriously.

According to MMA Junkie, the two exchanged bank information and details regarding the contribution prior to the fight. When the new fight was announced, Poirier made it clear on Twitter that the payment never made its way over. This is far from a shocking revelation to those familiar with McGregor’s actions outside of the octagon, but it leaves yet another blemish on what could have been the greatest career in UFC history.

McGregor was quick to retaliate, blaming Poirier for the mishandling of the situation, but it could be argued that McGregor isn’t the most reliable source. He has made headlines recently for donating a million euros to hospitals across Ireland for COVID-19 related safety equipment, but it still comes across as a save-face attempt.

Of course fighters are people too and deserve the respect and compassion that every human being deserves, but with a platform as big as McGregor’s, every mistake will serve to reinforce the opinion that many people already have. Sure, he’s an amazing fighter and maybe even one with once-in-a-lifetime talent, but does that excuse every misdeed and hurtful action he’s committed?

There’s one question that should linger: Is McGregor telling the truth, or is this another time we will look back on in shame as the UFC slowly moves on without him?