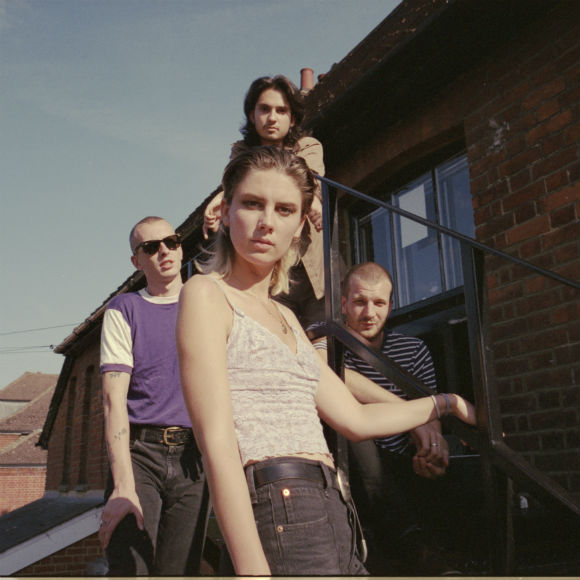 Are themes related to coming of age really timeless? Or has modern day alternative rock created an unattainable, oversaturated narrative of growing up?

The latter half of the 2010s (and 2020s) have seemingly found themselves drenched in indie, bedroom, and dream pop albums reflecting these ideals.  Up and coming London-based band Wolf Alice is no stranger to these themes, and places them on full display in their third studio album “Blue Weekend.” Riddled with lyrics of lovelorn grief and self-reconstruction, “Blue Weekend” showcases each group member’s ability to carry their own, while creating an overall cohesive piece of work that doubles as the band’s best effort so far.

The strongpoint within this body of work is undoubtedly Ellie Rowsell’s haunting, melodic, and often ghastly vocal performance.  Nearly each song has a section that cradles Rowsell’s harmonies with herself, typically accompanied by a reverb-heavy strumming pattern reminiscent of something off Radiohead’s “OK Computer.” The juxtaposition between the delicate fingerpicking on tracks like “No Hard Feelings” and punk inspired riffs on “Smile” offers an entertaining 40-minute listen. The album as a whole draws inspiration from many 1990s alternative bands while still sounding current and on par with artists in similar genres, like Canadian dreampop group Alvvays.

The track “Delicious Things” is my personal favorite off the record, as I’ve always had an affinity for media that encapsulates exploration and the unapologetic freedom that comes with one’s formative years.  Rowsell’s vocal performance in the verses resembles any given Lana Del Rey Tumblr anthem from 2012, albeit modernized and more personable. Despite the repetition of the word “vibes” and a narrative that follows the generic story of a socially anxious twenty-something roaming Los Angeles, Markus Dravs’ production creates what I believe to be an engaging tune, perfect for escapists stuck in the Midwest like myself.

“Blue Weekend” isn’t without its flaws, however: “Play the Greatest Hits”, “How can I make it Okay?” and “The Beach” are what I find to be the weak-links in the track list.  “Play the Greatest Hits” is one of two overtly upbeat, punk inspired tracks (alongside “Smile”) on the record; sandwiched between a melancholy predecessor and follow up.  With a lyrical flow that sounds as if it was ripped from a B-52s’ song paired alongside distorted guitars and a shrill vocal performance, “Play the Greatest Hits” wakes listeners up as if they were being shaken by the shoulders out of a deep sleep.

Many songs off of “Blue Weekend” appear underdeveloped lyrically, filled with colloquial language and some overused metaphors sprinkled throughout.  “How can I make it Okay?” is one of the worst offenders: every other line asks the title’s question followed by, “I just want you to be happy”.  This track, along with the opening and closing songs, “The Beach” and “The Beach”, offer very little instrumentally and thematically, often relying on mainstream pop chords and recycled themes of adolescence.

I would be wrong if I claimed that this is a bad, or even mediocre album; because it isn’t.  Many critics agree, as the group has received praise and accolades from multiple publications.  The band is improving sonically with each release, although it probably isn’t a bad idea to explore themes other than growing up as you approach 30 years of age.  Despite a couple of duds, “Blue Weekend” is one of my favorite releases of 2021 so far, as well as being my favorite Wolf Alice album to date.