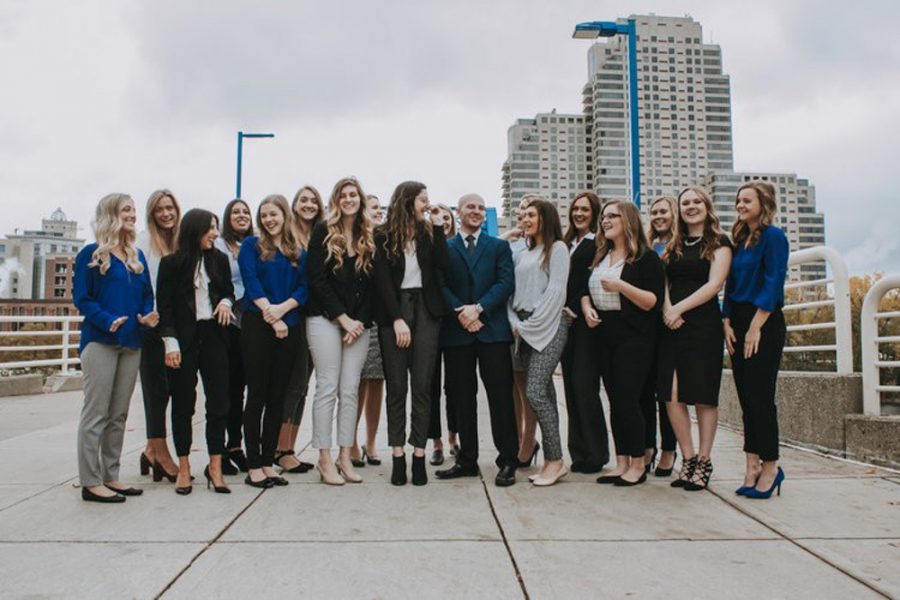 GVPRSSA and its members are no strangers to this success. Since its inception in the 1990s, GVPRSSA has cultivated a reputation for excellence by effectively preparing students for professional careers in Communications and Public Relations, with the help of workshops, educational trips, and speakers working in the industries, according to their website.

Their success has continued in recent years, with the society winning a multitude of awards for its innovation and dedication in these fields, GVPRSSA President Emma Nelson said.

“We continuously keep up the quality effort put in by our former members and want to see our organization grow to its potential,” Nelson said. “There are countless professionals who dedicate their time and guidance to members which contributes to our preparedness and success.”

At this year’s virtual conference, GVPRSSA brought home several gold awards and a silver award in categories such as “Campaigns” and “Tactics” for their efforts in various projects. These projects include their podcast, “PR Hangover“, work in Diversity, Equity, and Inclusion, and their Disability Support Resources.

In addition to the awards won by GVPRSSA, its student-run PR firm, GrandPR, received recognition for their COVID-19 Response.

However, the highest honor was awarded to the society for their online event series, “PRSSA ReImagined.”

“PRSSA ReImagined is a virtual programming partnership,” Nelson said. “Due to the pandemic, we weren’t able to host our normal programming, so PRSSA ReImagined gave us the opportunity to connect with more students and professionals from different parts of the country.”

With the help of PRSSA chapters at the University of Memphis, West Texas A&M University, Samford University, and many others, GVPRSSA was able to host a variety of speakers with experience in public relations, Nelson said. For its ingenuity, “PRSSA ReImagined” received a gold award as well as “Best in Show.”

Those involved in GVPRSSA simply see their success as par for the course.

“Virtual work will always be in the mix now, it’s how things are done and our chapter understood that from the beginning and decided to learn from the situation and adapt to adopt, instead of making it a reason to underachieve,” said GVPRSSA Faculty Adviser Dr. Adrienne Wallace.

GVPRSSA’s success is proof that even in face of adversity, Grand Valley students have continued to rise to the challenge with power and resilience, Nelson said.