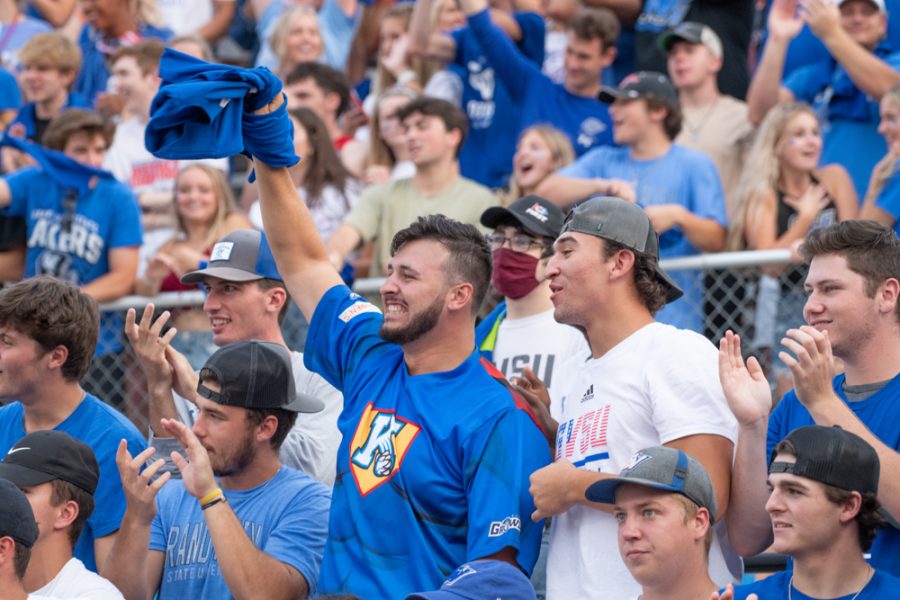 On Sept. 11, students and fans packed the Lubber’s stadium in the first Grand Valley State University football game in over a year. What was supposed to be a joyous reunion resulted in many grievances amongst attendees who faced issues with the security present, overcrowding, and overall miscommunication.

GVSU athletics sent out an email to the student body establishing the rules to attend the game including a new clear bag policy, reminding students that their ticket is their student IDs and that those who leave the stadium are not able to reenter.

Rae Tull, a junior at GVSU, was one of the individuals who experienced communication issues with security. Tull’s husband had left the student section to get concessions within Lubber’s stadium grounds and upon his return to the entryway, he was denied entry. Tull said her husband was told by security that he had left the stadium and was no longer able to return to his seat without buying another ticket.

In addition to Tull and her husband’s experience, she said that she had witnessed other conflicts amongst students who were trying to leave to use the bathroom or get concessions and were told they were not going to be able to reenter by security.

“The security guard was being aggressive and his body posture and body language was very demeaning and rude and aggressive,” Tull said.

Security at the game was hired through a third party, DK Security.  DK Security was hired to fill the role of the reserve deputy program of the Ottawa County sheriff’s office who had previously assisted with game security alongside the Grand Valley Police Department and the athletic department.

Even with the effort to prevent confusion from happening in future football games, the student body may have a different perception of how games are typically run.

“Just the fact you went in and you were treated with such disrespect it didn’t make me want to go back,” Tull said. “How are they (the students) going to know that’s not the norm?”

“I think that they should expand the student section in whatever way they can…obviously they can’t do construction for that this year, but in future years,” Kerber said. I think there are more students than seats by far.”

As the GVSU 2021 football season continues on, the athletic department will continue to send the police out to the students to create a secure game day environment for the attendees.