A fantastic dynamic is formed in “A Beginners Mind” 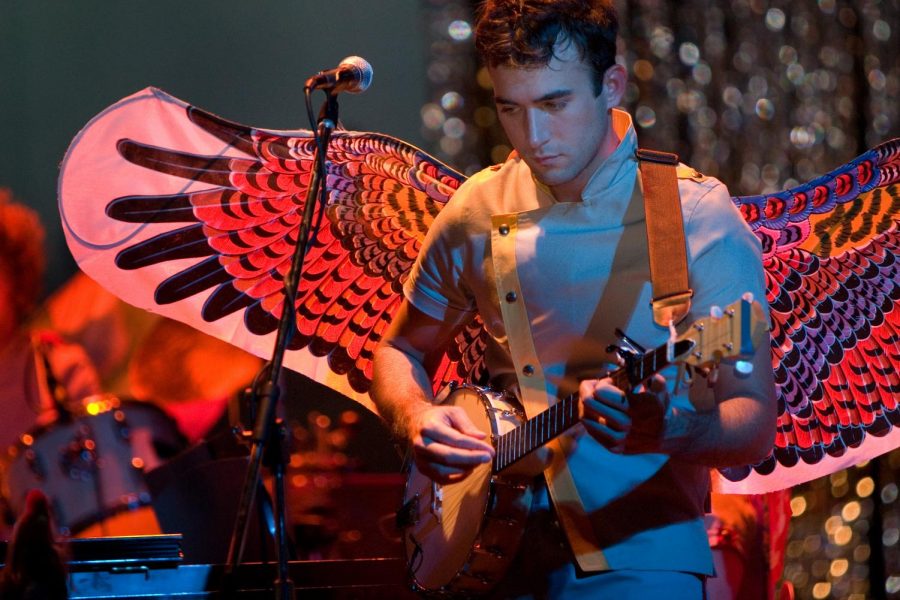 As the weather becomes colder, many Grand Valley State University students are packing up their summer clothes and cozying up with a movie. This is something Sufjan Steven’s did while writing his latest album, “A Beginners Mind.”

While you may have heard his music, many don’t recognize his name. Stevens partnered with Angelo De Augustine to release his twelfth studio album, “A Beginners Mind.” This album was fueled by a month-long stay at a friend’s cabin in Upstate New York.

The majority of people probably heard Stevens for the first time while watching “Call Me By Your Name.” The artist has three prominent songs featured on the soundtrack. However, while most artists took a break during the pandemic, Stevens was continuously making music, releasing four albums since March 2020.

Stevens, a 46-year-old Detroit native, has major ties to West Michigan. He graduated from Hope College in 1998. While the artist planned an extremely daunting task of creating an album for each U.S. state, Stevens only got through Michigan and Illinois before moving on to other projects.

While Stevens does collaborate frequently, he still has the majority of creative control. There is a difference in listening to the album and it’s obvious because it’s completely equal between him and De Augustine. Stevens stepped back and the two wrote the entire album together in their month-long exile.

The two bonded over the film, watching a plethora of different films during their stay. Thus they found inspiration from these movies and one can see it in the music.

Movies like “Return to Oz,” inspired the track “Back To Oz.” The pair were inspired by “Night of the Dead,” “Point Break,” “She’s Gotta Have It” and many more. However, the movie that inspired them the most was “Silence of the Lambs,” so the duo decided to dedicate the album to director Jonathan Demme.

The combination of Stevens singing the lower pitch notes and De Augustine taking the higher range gives the album a call-and-answer feeling. The impact of this style only grows as the tracklist continues.

The breathy stripped-back nature of the music makes it feel nostalgic when it’s new. When listening to the album it’s apparent that the duo is comfortable with each other. When Stevens pulls De Augustine gives, and vice versa.

While the majority of the songs are a slower tempo, the few faster-paced songs give the album listenability. This call and response is apparent in “Murder And Crime,” De Augustine asks “Where does everything go when everything’s gone?” Stevens follows with “For my heart cannot break much more,” ending the track.

There are tempo changes and they aren’t jarring. “Back To Oz,” a psychedelic pop track, leads into “The Pillars Of Souls,” a more melodic song with haunting undertones. This dichotomy emphasizes what  Stevens and De Augustine can do. Their range can go from garage pop to a choral song about death.

What makes this album so good is the relatability between Stevens, De Augustine and the listeners. “Cimmerian Shade,” their ode to “Silence of the Lambs,” features a need for self-acceptance and acceptance in general. “I just want you to love me/ I just wanted to love myself/ Fix it all, Jonathan Demme,” pleads in the chorus.

When artists collaborate, it’s easy to lose who they are within a group. However, Stevens and De Augustine do the complete opposite.

The duo stumbles upon a beautiful masterpiece of vocal and instrumental combinations. Will this be to their detriment if they can’t produce music of this quality on their own? Only time will be able to tell. However, both artists are extremely powerful on their own and have produced amazing tracks before their collaboration. Like “Silence of the Lambs,” as long as the lambs keep screaming, musicians will continue to create.