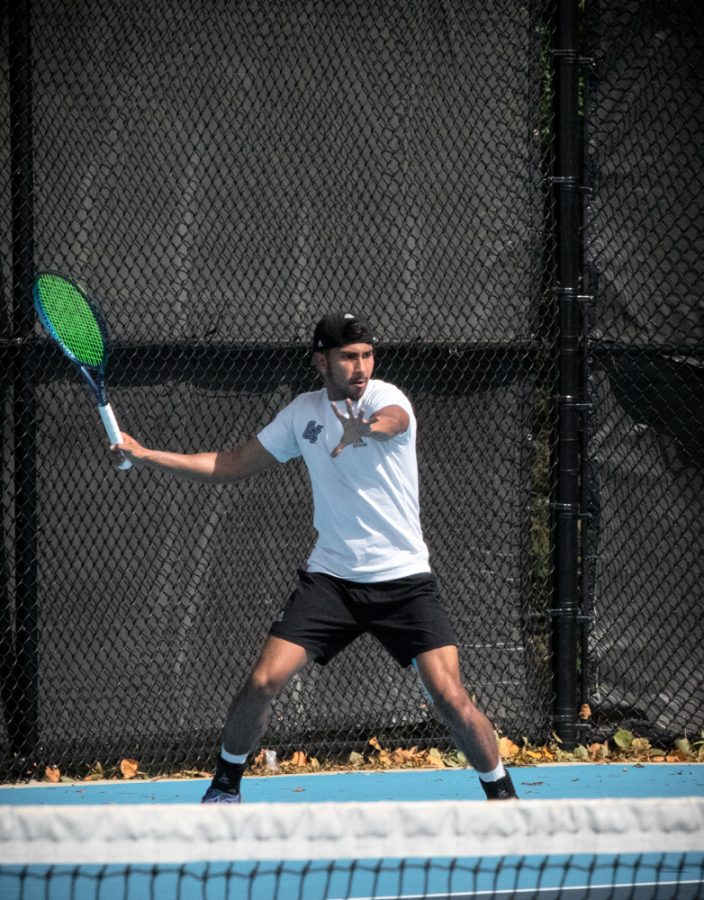 The tournament is highlighted by a 64-man, a draw singles tournament, and a doubles tournament that consists of 32 pairings. This was the first time the event has been held since 2019 after last year’s event was canceled due to COVID-19. For GVSU tennis, this meant that just getting the opportunity to compete in this tournament was a positive.

“We didn’t get to play in this tournament last fall so I think we were just excited to have the chance to come and compete and see what the rest of the region is like,” said coach Samantha Schall.

The Lakers saw positive results on the court as well. On Friday, senior Sebastian Arce won two matches to reach the round of 16. Both of these wins were sweeps that finished with a score of two sets to zero. But in the second match, Arce had to fight back from being down five to four in the second set to prevent going to the tiebreaker.

“I think the mental part was the key part in the match,” Arce said. “I was able to stay focused. The guy was a really good player, so definitely the mental part helped me a lot to get through this match.”

Arce walked into the ITA Regionals with the goal of putting his best into every point. On Friday, he showed that he is able to do that.

“Every time I walk in the court my expectations are to play every point the best as I can,” Arce said. “The fighting I was able to pull out, no matter if I wasn’t feeling good tennis-wise, I was able to keep running, bring every ball back, and give it my best every point.”

Arce wasn’t the only player on the team that saw success. Schall was happy with the results she saw from the whole team.

“We have two guys already through to the round of 16, in the A draw at least, and that’s a good outcome,” Shcall said. “I don’t know what our expectations were going in, but I think we have had some good results today, so we are pleased with day one.”

Graduate student, Josep Canyadell, was the second Laker to advance to the round of 16, alongside Arce. The remainder of the team playing in the A draw also saw successes.

“Every one of our guys, at least here at the A site, won at least one match today, so that’s positive,” Schall said. We had two guys split and two guys win two, so that’s a pretty good ratio for performance today.”

Senior Jack Dausman picked up a win in the opening round of the tournament while senior Martin Matov won his first match of consolation. As ITA Regionals continue, the level of competition will rise.

“I think it just gets better and better but the level gets higher and higher,” Shcall said. “So our guys that are still alive in the A draw should have some really competitive matches going forward and I just want to see how they handle those bigger moments.”

After the conclusion of ITA regionals, the GVSU men’s tennis team will travel to the University of Illinois Chicago on Friday, Oct. 1 to take on the Flames.