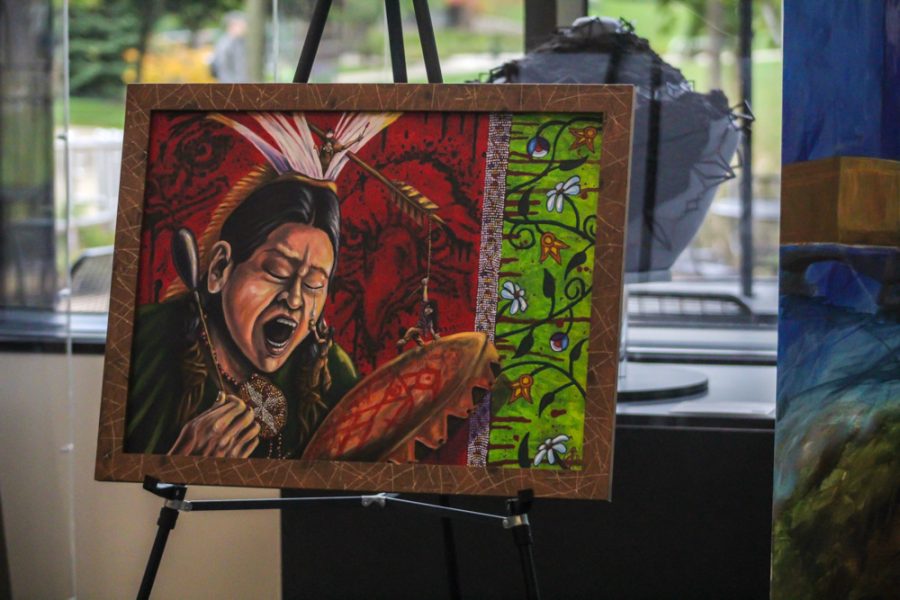 As Grand Valley State University is celebrating its 7th annual Indigenous Peoples Day, many members of the community are using this time to heal, rather than celebrate.

In the last year, media coverage brought to light the abuse suffered by Native American children in boarding schools across the US.

In response to this, GVSU’s Office of Multicultural Affairs is hosting a presentation on the US Indian Boarding School Policy. On Monday, October 11, Suzanne Cross, Associate Professor Emeritus of Michigan State University’s School of Social Work, will review the U.S. Indian Boarding School Policy from 1870 to the 1980s and its impacts. As a member of the Saginaw Chippewa Tribe, Cross will discuss historical and intergenerational trauma and the value of healing for the indigenous communities during these darker days.

As a whole, Indian country has chosen to take this time to create spaces of healing in response to the impending reports ordered by the United States Department of Interior on the U.S. Indian Boarding Schools. These principles have deeply guided this year’s observance of Indigenous Peoples Day at GVSU. Dr. Cross’s presentation is set to be a reflection of these guiding principles. For those interested in attending, the Office of Multicultural Affairs requests that they fill out the RSVP form on their website.

“Columbus Day is taught in a way that creates this romanticized version of the discovery of America when in actuality, it was the beginning of a long era of very oppressive law for ingenious people,” said Belinda Bardwell, OMA event coordinator. “Ingenious Peoples Day for (GVSU) is a way to redirect attention and focuses on the true origins of America in a way that celebrates indigenous communities.”

“Since Grand Valley has as a campus and as a board of trustees has accepted the holiday as Indigenous Peoples Day, we feel now that we can use this day as a way to pick a topic and use it as an educational moment on a topic that is relevant to the native people in America,” Bardwell said. “This is a very difficult time for indigenous people in North America because a lot of attention is going to be given to boarding schools, and with that attention comes triggers to intergenerational trauma, with all of the negative impacts that the boarding school had on us as people.”

GVSU has chosen to recognize the idea that trauma is intergenerational unless it is acknowledged and the work to heal from it has been done as their focal point for their conversations on Indigenous People’s Day this year, Bardwell said. For more information on the event or to RSVP please visit, gvsu.edu/oma.