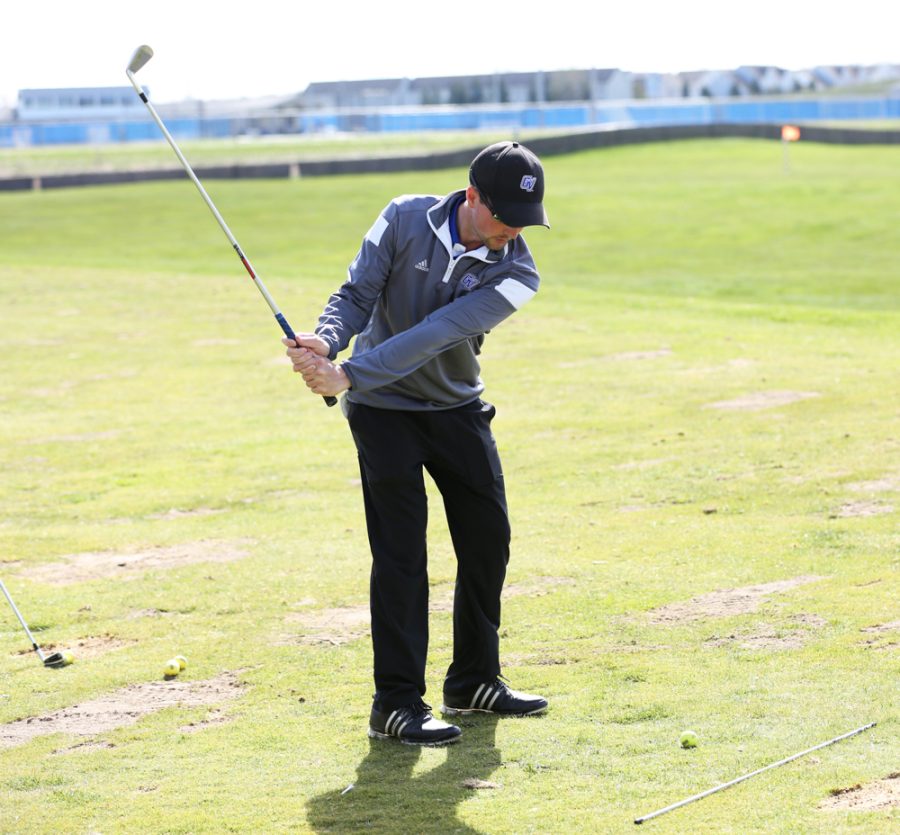 On Sunday, Oct. 10, and Monday, Oct. 11 the Grand Valley State University men’s golf team competed at their final tournament of the 2021 fall season at the Motor City Invitational in Dearborn, Michigan. The Lakers finished in seventh out of the 15 teams in the field.

The highlight for GVSU was redshirt freshman Charlie DeLong. DeLong finished the 36-hole tournament with a score of 9-under par (135). This score was good enough for him to walk away with an individual win, beating out the second-place finisher Simon Estrada from Georgia Southwestern three strokes. This is DeLong’s second individual win of the season as he also won the Arendsen Invitational on Sept. 5.

“Well, it went pretty poorly,” Bissell said. “We did not get much out of most of our lineup. Charlie (DeLong) played great but one guy can’t give you an event. It was just disappointing.”

For DeLong, it is always a great feeling to play well and get an individual win; however, winning as a team is always nice as well.

“It was definitely a great way to end the season and go into the offseason,” DeLong said. “Winning is always fun–it is what we are trying to do every week, so it was good to get the job done. I would have liked to have a better team finish but we will get to work on that winter.”

Despite not meeting expectations towards the end of the fall season, GVSU men’s golf can still look back on the season with some positives. The Ardensen Invitational put them in a really good spot right at the beginning of the season, beating Findlay by 14 points and Indianapolis University by 22.

“I think overall there are more positives than negatives,” Bissell said. “We know we’ve got the talent to be national competitors but this game is about consistency, being able to get it done when you don’t have your best stuff and that’s the stuff we’re still working on.”

In order to reach the high level of success that this team hopes for, they are going to have to make some improvements over the winter. While every day can’t be the perfect day for golf when it comes to weather and different courses, the real toughness that Bissel wants to see comes from a mental standpoint.

“We have got some guys that need to get tougher,” Bissell said. “This is a game where things aren’t going to go your way sometimes. Just because you don’t have your best stuff every day, that does not give you an excuse to go out there and put up a bad number on the board. So we have got to get mentally tougher and smarter.”

Even though this fall season did not go to plan for the Lakers they can use this as motivation heading into the offseason.

“We are a super talented team and we underperformed a little bit,” DeLong said. “I think it’s going to be great motivation for this offseason, to really get to work and get ready for this spring.”

GVSU Men’s Golf will return in the spring as they hope some offseason improvements will propel them to national success.