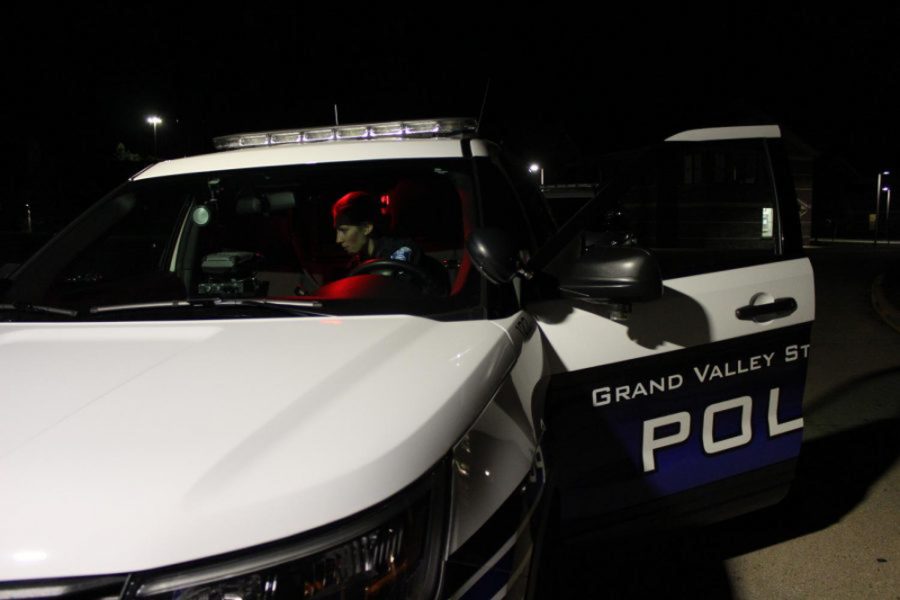 The Grand Valley State University community has been sharing posts and spreading the word to find missing student, Brendan Santo.

The GVSU freshman was last seen visiting his friends at Michigan State University on Friday, Oct. 29.

MSU Police and Public Safety said that shortly before midnight, Santo was seen leaving Yakeley Hall. Police said it’s possible he was planning to walk a half-mile to the Brody neighborhood. There is no indication that he left the East Lansing area.

“The investigation has led us to focus on the Red Cedar River which is in very close proximity to Brendan’s last known location,” according to the press release. “However, we continue to investigate other possibilities.”

In order to facilitate the water search, police are using specialized resources from the Michigan State Police Marine Services Division, Ingham County Sheriff’s Office and the Capital Area Dive Team. The search is being conducted on foot, by helicopter, drone and boat.

“The investigation has included everyone who last had contact or spoke with a review of surveillance cameras, and advanced techniques such as reviewing cellular, smartphone, and GPS data,” MSU Police and Public Safety said.

GVPD Assistant Director of Public Safety Captian Jeff Stoll said GVPD has been in contact with MSU Police and Public Safety regarding Santo. However, because the incident occurred on MSU’s campus, GVPD is not highly involved.

“The incident occurred squarely on their campus, and it involves people who live on their campus, so there hasn’t been a huge need for our involvement,” Stoll said. “If MSU called us, or needed us to do something, or there was evidence or information related to the investigation that would be helpful for them, we would be more than happy to help.”

In addition to searching Red Cedar River, Stoll said law enforcement has been investigating his cellphones’ location and have located Santo’s car.

“They did a detailed investigation related to his cellphone, in that they tracked his cellphone pinging location, which was consistent with where he was observed to be on campus,” Stoll said. “In addition, his car is still parked at MSU, so it does not appear as if he would have left, or if he did, he did not leave in his car.”

Data from Santo’s cell phone ping location is being reviewed by the FBI, along with the MSU Police Digital Forensics and Cyber Crime Unit. Records show no current activity on Santo’s phone. Although police haven’t found his phone, they are confident that they have obtained information from his digital footprint.

On social media, posts from Santo’s friends and family as well as MSU Police and Public Safety have been shared widely asking anyone with more information to come forward.

Anyone that has information on Santo’s whereabouts is asked to contact MSU police detectives at 517-388-6291 or [email protected].