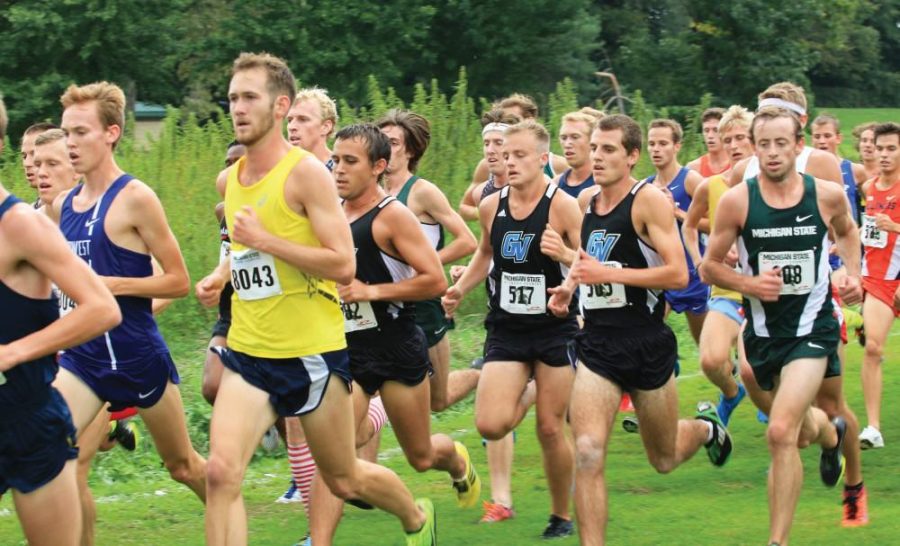 The men’s team won the 10k race, scoring 43 points, nearly doubling Adams State University, who finished in second place. The women’s team fell just short of first, taking runner up and finishing the meet with a total of 79 points.

“Going one and two in both races definitely helped our cause,” said coach Jerry Baltes. “All seven of our runners on both sides competed well.”

The men’s team saw four runners secure their places in the top 15. Senior Isaac Harding won the race, taking the individual National Championship title, crossing the finish line with a time of 29:58.3.

“(Winning both individually and as a team) is the best thing I could ask for,” Harding said. “The team was really good all year long. I’m super excited that Tanner (Chada) and I could go one and two. It’s the best it could’ve gone.”

Joining Harding at the top of the leaderboard was Chada, who placed second in the race, finishing with a time of 30:07.1. Sophomore Andrew Hylan placed 12th, running a time of 30.45.7, and senior Enael Woldemichael finished 14th with a time of 30:48.9.

For the men, this was their second National Championship in program history, repeating their success from 2018.

“(Preparation for this meet) was not too different,” Harding said. “It’s Nationals, so it carried more weight than the regular season. We had tapered practices and the mileage was tuned down. The meet started aggressively; we had to get out fast. Tanner and I had to tactically play the race differently than we had all season long.”

“I’m super excited,” Becker said. “My goal all season long was to win the National Championship; it’s hard to believe that I got to make it happen. I’m grateful for the opportunity to run and that I stayed healthy.”

Despite coming up just short of the National title, the women’s team is determined to compete during the indoor track and field season and next cross country season.

According to Becker, the warm Florida atmosphere had an effect on the way that the team ran.

“Overall, it was a good day,” Becker said. “It was a little cooler at the beginning, but it warmed up throughout the meet and got muggy. Warm weather always plays a factor in meets, but as a team, we started strong and smart.”

Baltes says that there is a lot to look forward to going into next season.

“We have a lot of talent,” Baltes said. “We’ll be good again, so that’s very exciting. We have a lot of super seniors graduating this year, so they have to figure things out in their lives. We’re going to take this win in and celebrate it. We’ll be really good during the indoor season and next year during the outdoor season.”

The Lakers look forward to a few weeks of rest and relaxation over the holidays before their track and field season kickstarts with an early Dec. 3 GVSU Holiday Open and then a long month off.