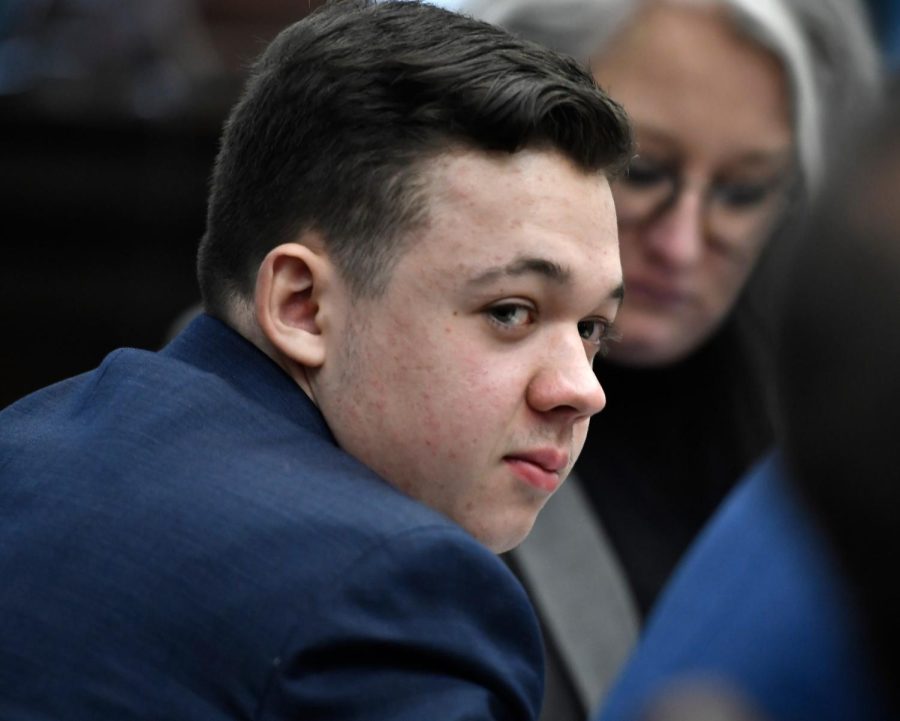 The GVSU community, along with what feels like everyone in the United States, has been enthralled by the results of Kyle Rittenhouse’s trial; an event that speaks to the legal system, the future of the country and the culture that’s been created in places like West Michigan.

On Aug. 23 2020, police responded to a domestic-violence call from the mother of Jacob Blake’s children; police arrived on the scene, and shot Blake in the back, paralyzing him. (The context of the shooting, however, was not known to the public until later.) Later that night, a crowd gathered, the tire of a police cruiser was slashed, a molotov cocktail was thrown on the ground; and a divide started to form among the protesters.

The next day, Tucker Carlson covered the events in Kenosha on his show on FOX, using inflammatory language. This called the attention of several militia groups to the city and Carlson’s phrasing all-but demand extrajudicial, civilian intervention.

Vicki McKenna, a radio show host, pushed a similar narrative; and McKenna and Carlson weren’t the only conservative commentators adding fuel to the fire. That day, Rittenhouse arrived in Kenosha at the home of Dominick Black, who bought and kept the gun that Rittenhouse would use in the shooting.

Reactions to the entire ordeal have been mixed; the Proud Boys, classified as a hate group by the Southern Poverty Law Center, quickly endorsed Rittenhouse’s actions. Tucker Carlson took his side as well.

Jennifer Rodgers, in an opinion piece from CNN, argued in favor of changing Wisconsin’s open carry laws as a potential strategy to stop people from committing this kind of violence in the future.

On Friday, Nov. 19 the New York Times published several reactions to the outcome of the trial from readers. A running theme throughout those letters, many believed that Rittenhouse invited conflict by coming to Kenosha, and by openly carrying an automatic rifle.

Despite the admitted haziness of the actual shooting— Grosskreutz did testify that he pointed his gun at Rittenhouse, and there was video evidence of Huber swinging the skateboard— Rittenhouse put himself and others in danger. Patrolling the streets of Kenosha, heavily armed, invited further chaos, and more violence.

But the judge and jury protected Rittenhouse, and set precedent. Young men can cross state lines, arm themselves and act as vigilantes— take lives— with limited consequences.

Rittenhouse isn’t special; many white men in his generation, in the same generation as many students in the GVSU community, share his beliefs, and his resources. Those people, who are reared and socialized in places not unlike West Michigan, have now been armed with the knowledge that this behavior is permissible.

In order to stop people from appointing themselves as “guardians” and inviting catastrophe, the law, their peers, their families and their neighbors need to stop protecting them, and start helping them learn that this behavior isn’t permissible; it’s wholly unacceptable.