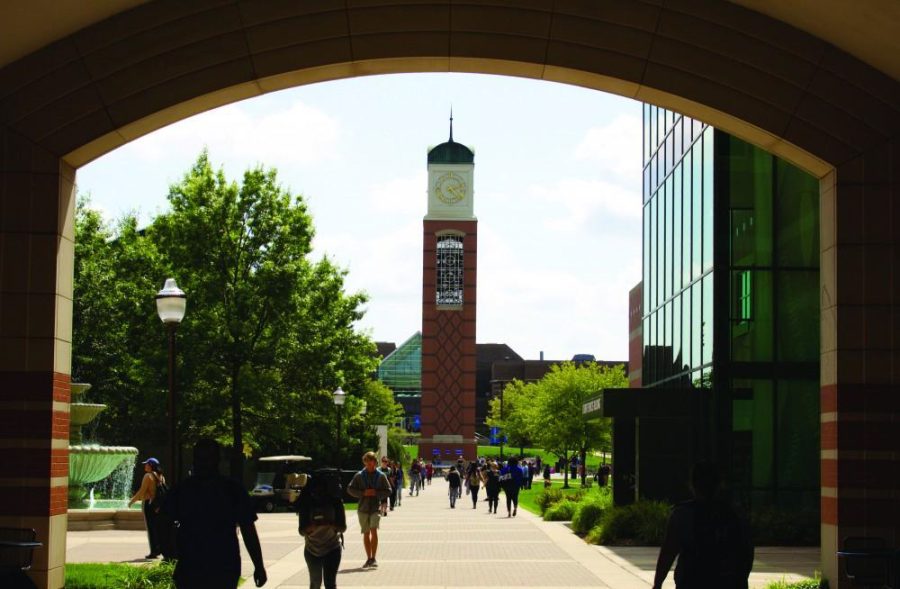 Providing feedback on instructors’ performance is a routine opportunity offered to students at Grand Valley State University at the end of each semester. However, with some instructors noticing a steady decline in students’ willingness to submit surveys, adapting to students’ needs may be becoming more complicated.

At the close of each semester, GVSU utilizes the Laker Impressions of Faculty Teaching (LIFT) system to garner student feedback. Automatically generated emails for each class containing performance surveys are sent to students to give their thoughts on the class and its instructor.

While the surveys are optional, they are often promoted by individual instructors as well as university entities. GVSU history professor Gordon Andrews said it’s the information from these surveys that allows professors to adapt their tactics to best fit students’ needs.

Over time, however, Andrews said he has noticed a drop in student participation in surveys.

“Since (the surveys have) gone online, I almost think students treat it like it’s an afterthought,” Andrews said. “So, the rates, I think, are just low.”

The drop in student participation, Andrews said, provides fewer opportunities to meet the needs of his students.

“As a professor, you go in and you try to do your best every day, but you also want to attend to student interests,” Andrews said. “For history, it’s interesting for me to know that there are areas that students really want to delve more deeply into and so I’d like to make that adjustment.”

Despite what professors like Andrews see as key information coming from the surveys, some students who opt-out of completing every survey signal that their hesitancy or lack of incentive to fill out LIFT evaluations stems in part from concerns over the surveys’ efficacy.

“I feel like whatever I put in there the professors don’t really take advice from it,” said GVSU sophomore Peyton Murney.

Even some of those who do provide feedback share similar concerns.  It’s why GVSU senior Emma Beal said she feels that while she participates in the surveys, students like herself find it difficult to know if they really do affect classroom change.

“I just feel like it is very much optional, and it isn’t taken into serious consideration by any of the professors,” Beal said.

Beal admitted that, while there were some professors that she felt most likely absorbed student feedback, talking to friends who shared her professors in different semesters led her to believe that changes from student LIFT surveys were few and far between.

In addition, Beal has found that, if students do complete surveys, some are hesitant to provide honest feedback for fear that they may be potentially revealing.

“I feel like students don’t necessarily want to be honest on it because they’re afraid of what the professor’s going to think after the semester and can they figure out who actually wrote it based on what happened during the semester,” Beal said.

For student participation to rise, Beal and Murney both said that students would need to be given assurance that professors made changes to their teaching based on student feedback. They also agreed that giving students that assurance could be tricky.

“I would like to know that the professor not only reads (the surveys), but also the head of their department or (whoever does as well),” Beal said. “If there are constant concerns on the evaluations, that the head of the department would follow up the next semester and sit in on some classes and see if it’s getting better.”

To ease the concerns of students like Beal, it’s worth noting that LIFT reports play a role in evaluating faculty performance at departmental and administrative levels.