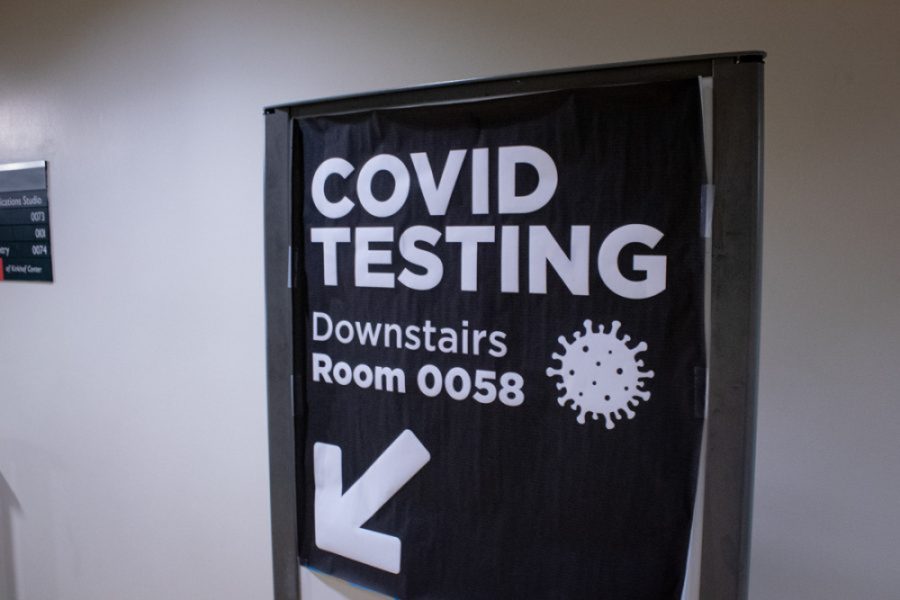 As the Grand Valley State University campus community returned from holiday break, they were met with common colds and variant mutations of COVID-19. This caused a higher demand for at-home COVID-19 testing, coupled with an increase in visits to university testing centers and visits to local health organizations.

The Virus Action Team sent an email on Jan. 13 to the GVSU community stating that in-person instruction would continue as scheduled while the university continues to work with state and local health officials.

As everyone is back together in the classroom, Vice Provost for Research Administration, Robert Smart, said the transmission of the common cold alongside COVID-19 has led to an increase in the number of visits to university testing centers.

“Individuals have been mistaking the Omicron variant for a common cold which creates more of a concern,” Smart said.

Smart said the university offers the opportunity for students who are feeling symptomatic to test multiple times to maintain a high level of caution.

Smart said the widespread need for COVID-19 tests is a concern, as it is becoming such an issue in surrounding areas.

“It’s hard to find these tests and the quantity is university wide,” Smart said. “We (VAT) anticipated the need for tests very early and ordered a large quantity in early October. However, we are already seeing a backorder for the next shipment. There have even been cases where people are asking if their friends, spouses or their children can be tested at our testing centers due to the lack of available tests in surrounding areas.”

Michigan Department of Health and Human Services Associate Public Information Officer, Chelsea Wuth, said that Michigan health officials are aware of the growing concerns of testing shortages across the country.

However, she noted that the state overall is able to provide a fair number of tests compared to others through scheduled testing.

“There is adequate testing available in the state, but we are aware there is an increased demand recently due to the surge in cases, identification of the Omicron variant in the state, and Michiganders getting tested before the holidays,” Wuth said. “With the Biden administration announcement that half a billion OTC (over the counter) tests will be purchased for people who want them, we anticipate that Michiganders will have additional access to tests, however we don’t have the details yet.”

GVSU offers weekly testing for individuals that are and are not experiencing symptoms and/or have been exposed to the virus.

“Anybody (at GVSU) who wants a test can come get it,” Smart said. “Hopefully it’ll remain that way.”