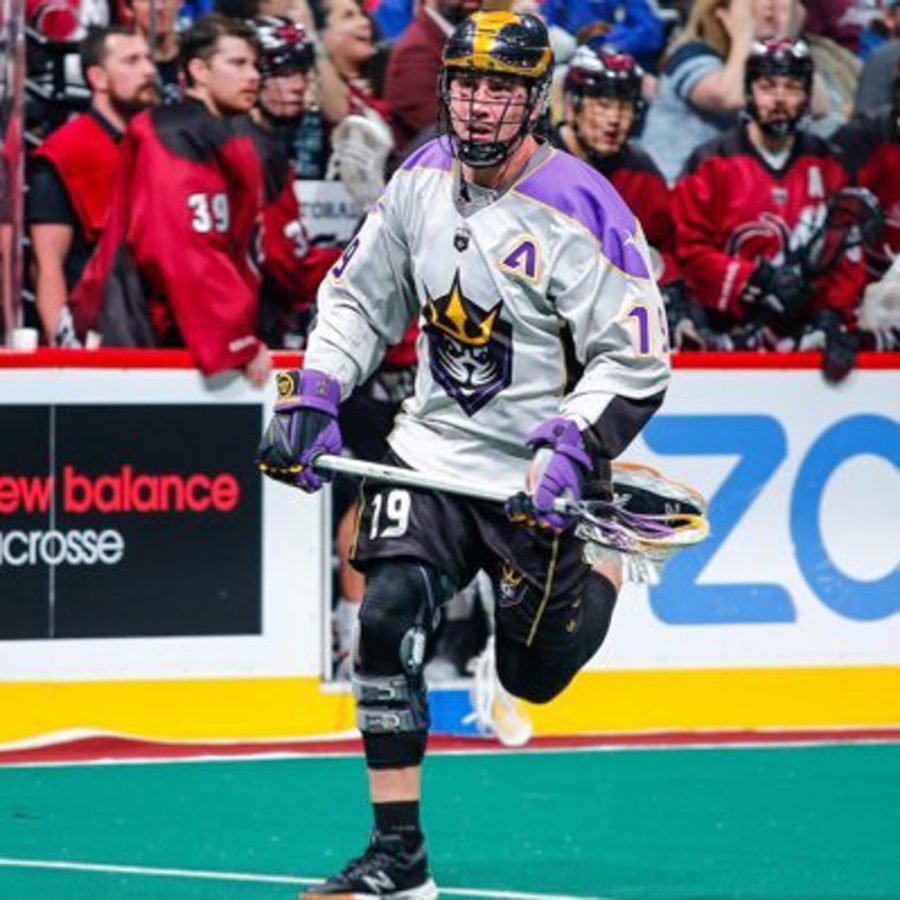 On Nov. 29, 2021, the San Diego Seals of the National Lacrosse League (NLL) announced their roster for the 2021-22 season. Defenseman Cam Holding, a Grand Valley State University alumnus, was one of the names on the active roster.

Holding has had a successful lacrosse career, playing at the collegiate, professional and international levels while having an accomplished coaching career as well. However, his spot on the Seal’s roster has come with its challenges as just several years ago, he thought an injury would prevent him from ever playing lacrosse again.

Holding’s collegiate career started at GVSU where he was a member of the club lacrosse team from 2007-2009. He then played the 2009-2010 season at Florida Southern, an NCAA Division II school, which was a step up from GVSU’s membership in the Men’s Collegiate Lacrosse Association (MCLA).

After that season, he returned to GVSU for two more years, while playing lacrosse for one more season. Holding decided that the GVSU club lacrosse program had a bigger influence on his life and decided that it was a better fit to finish out his college career.

“The club program at Grand Valley is amazing,” Holding said. “They have NCAA caliber coaches, NCAA caliber players, and I think that it’s something that the school really needs to recognize, because they have pumped out some incredible players through that program and they have a lot of people that really care.”

After his time at GVSU, Holding began playing in the NLL for the Colorado Mammoth and for the Denver Outlaws in the Major League Lacrosse (MLL). Holding was even a part of Team Canada for the 2014 Federation of International Lacrosse (FIL) World Lacrosse Championship. Team Canada went on to defeat Team USA in the finale and win gold.

After the success in his first run with Team Canada, Holding decided to try out for the 2018 team so he could take part in the next installation of the FIL World Lacrosse Championship. However, during tryouts he planted wrong and tore his ACL, causing Holding to question his future as a lacrosse player.

Fortunately, Holding began coaching in 2010, and by the time his injury occurred he was the head coach of the Michigan State’s Club Lacrosse Team. It was only natural that as he was retiring from playing he would begin to focus his attention on coaching full-time. This move paid off when MSU won the MCLA National Championship the next season.

Before Holding could start another season as the head coach, the NLL announced that they would be expanding and they were adding a team in San Diego. Despite his retired status, San Diego quickly became an appealing place to go and play.

“There was an expansion team that popped up in San Diego, so I was like, ‘I can’t believe there is a team in San Diego, California; that would be awesome,’” Holding said.

The possibility of playing in San Diego became real as Steve Govett, the General Manager of the Colorado Mammoth during Holding’s tenure, was named the president of the team. Govett ended up being the person who brought Holding into the league.

“Deep down in the back of my mind I thought, ‘you know it would be pretty cool to have an opportunity to go play there,’” Holding said.

The decision to come out of retirement and play for the Seals became final after Holding received a call from San Diego head coach Patrick Merrill.

“(Merrill) called me and talked me through a process and made me fall in love with the game again and gave me that reason to train,” Holding said. “It gave me a light at the end of the tunnel, so I got back to work and that is how I ended up playing again.”

This opportunity allowed Holding to fulfill his competitive spirit once again.

“Once you (play lacrosse) it’s kind of like an addiction,” Holding said. “I took like a year off, and to be able to come back and it’s the whole thing of, like, you sit in the locker room before the game, you have that team camaraderie, and then you run out through the tunnel and you’ve got the fire and the smoke and the people cheering. It’s something that you kind of thrive off of and I’ve been fortunate enough to have in my life for so long, that I’m just happy to be back at it again.”

Of course, when Holding made his decision to play for the Seals, he had to stop coaching at MSU. However, looking ahead to when he’s permanently retired he wants to stay involved in the sport of lacrosse. He said that coaching or being an NLL general manager were both options that interested him. He also left the door open to returning to GVSU once his career is done.

“I hope that one day Grand Valley goes Division II or just recognizes lacrosse as a varsity sport,” Holding said. “They have pretty incredible talent there, it’s close to the Canadian border, and I think that a program at Grand Valley would absolutely kill it. In a dream world, I would love to be back there one day.”

Until then, Holding will continue his success in lacrosse as a San Diego Seal for his first season back in the game.