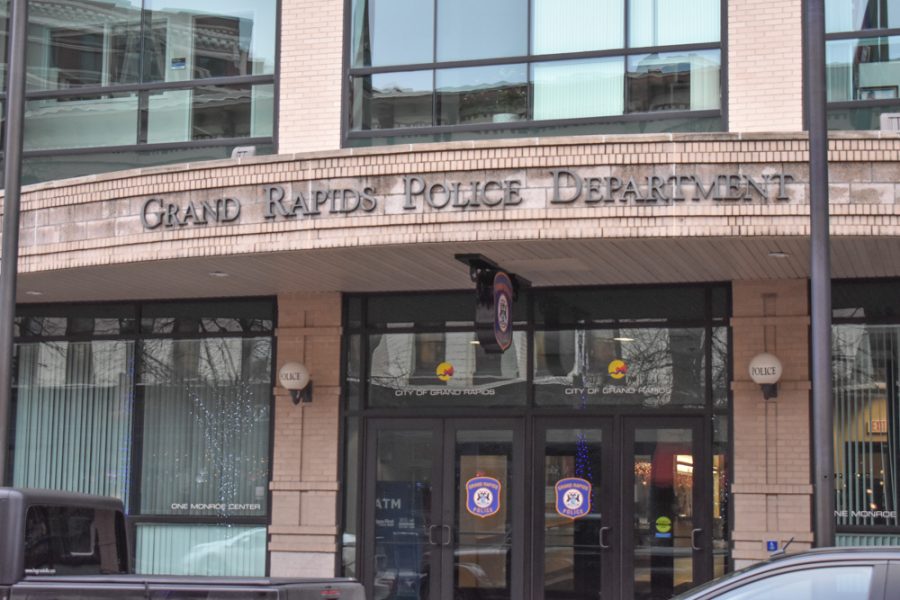 Back in August of last year, Grand Rapids Police Chief, Eric Payne, announced his plan to retire in early 2022.

With the start of the new year, three candidates were announced to be in the running for the position of Grand Rapids Police Chief. These candidates include Jim Blocker, Jutiki Jackson and Eric Winstrom.

On Jan. 19 a community forum was held in the City Commission Chambers in City Hall, where members of the Grand Rapids community gathered to meet and ask questions of the candidates.

Dozens of participants showed up to the forum, with even more engagement on Grand Rapids’ YouTube and Facebook live streams.

Candidate Jim Blocker, a former Grand Rapids resident, said he would leave his current position in Battle Creek to revitalize the GRPD with a focus on community involvement and engagement.

“This is a pivotal moment, a real pivotal point,” Blocker said. “We’ve come away from defunding the police back to refunding the police, but the key here is that the community is going to demand that we do it differently.”

He is currently the 18th Chief of Police for the BCPD and holds the rank of Lieutenant Colonel in the U.S. Army, serving in the Michigan Army National Guard. He is currently assigned as the 210th Military Police Battalion Commanding Officer.

Candidate Jutiki Jackson opened his portion of the night by addressing a fatal shooting he was involved in as an officer in 1997, before discussing his hope for a future in Grand Rapids.

Jackson said while he was in a fight with a male suspect his gun discharged, killing him. It was ruled accidental.

“(It was) one of the worst days, one of the worst experiences that I’ve ever been through,” Jackson said. “Men and women join the police department to save lives, to help people, to get involved with the community, to solve community problems. Unfortunately, the shooting happened, and it’s something that I think about and it’s with me, it has been for the last 24 years.”

He served 26 years with the Milwaukee Police Department, where he spent 10 years as an officer before being promoted to sergeant, lieutenant and then captain as a 7th District Commander.

He was further promoted to his role of an inspector in 2016 and earned a position on the police chief’s executive command team, where he oversaw all non-business hour operations, including weekends and holidays.

Jackson then transitioned to the administration bureau, then the patrol bureau, before finally settling in the private sector. Jackson provided executive oversight to 1,400 members in seven district stations, the neighborhood task force and the office of community outreach.

Candidate Eric Winstrom said his goal for Grand Rapids is to make policing better for both the community and the officers.

Winstrom said he plans to achieve this by improving the recruitment process and overall morale of the department.

“You want to make the police department a great place for everyone to work,” Winstrom said. “If you’ve got the reputation in Grand Rapids of, ‘That’s a police department that embraces diversity, it pays a good living and it treats officers well,’ you’re not gonna have the same challenges as elsewhere.”

Winstrom served 20 years in the Chicago Police Department (CPD) in various capacities, including patrol, investigative, tactical and administrative positions. He is currently holding an executive position on the CPD Leadership Team and leads the Area 5 Detective Division, which covers one-fifth of the City of Chicago.

Winstrom previously served as a teacher at the Chicago Police Academy leading CPD’s child sex crimes investigation unit and assisting in the creation of the reform management office. He served as the captain of the 9th District Station.

The final decision on who will become the next Grand Rapids Police Chief ultimately rests on the shoulders of Grand Rapids City Manager, Mark Washington.