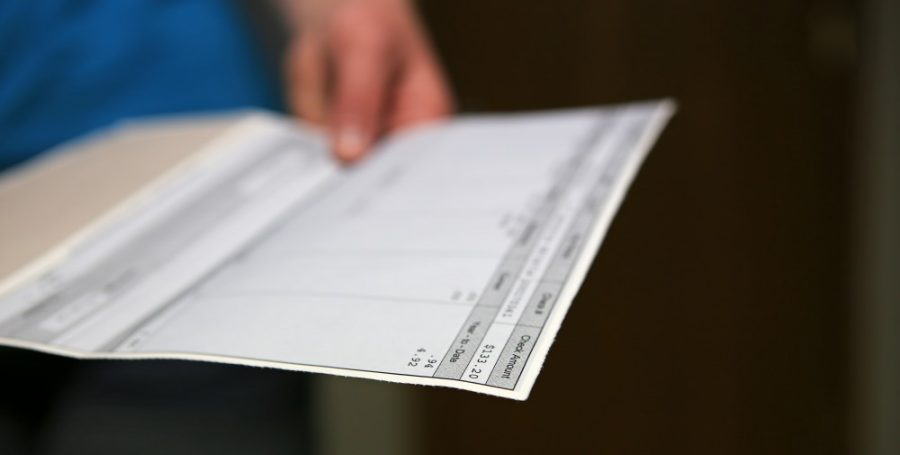 College students across the U.S. work to help pay for expenses such as rent, groceries, textbooks and tuition. Grand Valley State University students are no exception.

As the holiday season rolls around every year, students are given a break from school to return to their hometown and enjoy some time off. Many literally cannot afford this luxury.

Due to the expectations held by their off-campus employment or their own financial needs, for many students, winter break is not truly a break.

An increasing employee shortage around the Allendale area this year meant that students with off-campus jobs had to cut their breaks short and return early to campus, or scramble to find a replacement.

Junior Isabel Aubin works with children as a swim instructor at Goldfish Swim School in Grand Rapids and had to return to campus from her home on the east-side of the state a week early to return to work.

She said that while she preferred having an uninterrupted break, she knew that her responsibility to her job needed to take precedence.

“Because I am working with children and seeing the same kids weekly it is very important that I am there consistently,” Aubin said. “It is hard because I would love nothing more than to have three full weeks off and relax, but I also understood what I was signing up for when I decided to work off-campus.”

Goldfish Swim School was closed for the Christmas and New Year holidays, but Aubin said all other shifts were expected to be covered.

Much of the difficulty that comes with having an off-campus job lies in trying to get time off or finding a replacement, as co-workers are often also college students unwilling to give up their own free time – especially around the holidays.

Aubin said being understaffed plays a large role in the ability to get time off.

“Trying to get days off in the first place is always very stressful and lots of the time my coworkers aren’t really willing to pick up shifts,” Aubin said. “In my case it doesn’t help since there are so few people that I can ask to sub for a shift.”

However, breaks aren’t always cut short just because of a lack of a replacement. In many cases, students can’t afford to take such long periods of time off at once.

Junior Madison Elya said she knew that she would have to work through a portion of her winter break when she took the job at the local Tropical Smoothie Café. However, she still felt that she was left with no other choice.

“Tropical Smoothie was offering wages that (on campus jobs at) GVSU were not even coming close to,” Elya said. “It was hard leaving my family and friends at home just to come back to work, but I guess that’s just the reality of being a broke college student.”

Elya said while she was confident in her ability to get additional time off if needed, her break came at the cost of her bills.

“I wish I had the opportunity to take the time off that I wanted, but that’s just not the reality of the situation,” Elya said. “Whether or not I could’ve gotten the time off, I just financially couldn’t support it.”

While working an on-campus job at GVSU could help to relieve the stress of working through the break, it doesn’t eliminate the financial strain students face when not working for an extended period of time.

For many students the reality is that work is work, bills are bills and break is not a break.