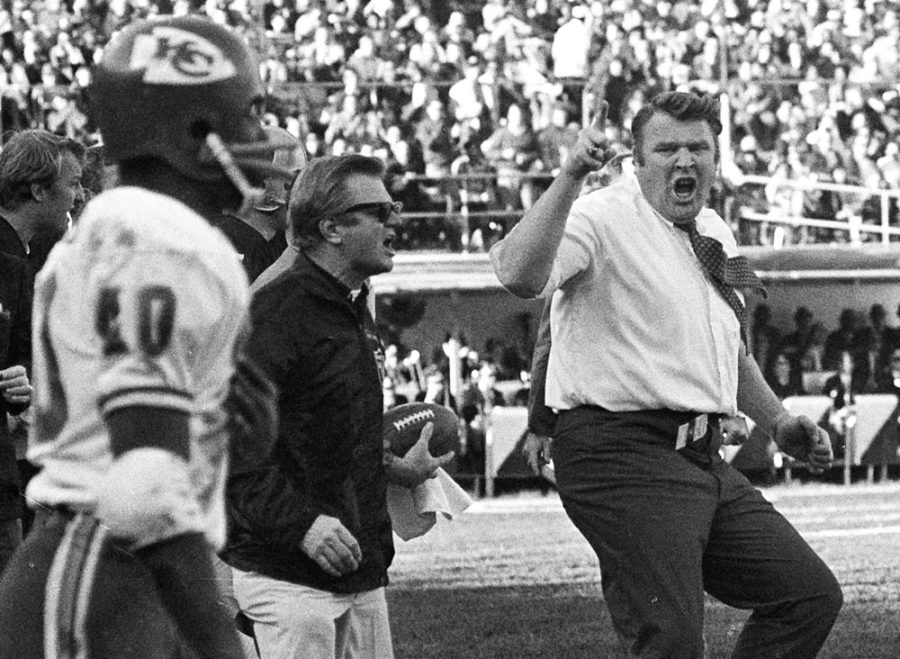 On Dec. 28 2021, the football world lost one of its greatest icons. John Madden was a true testament to the great American sport that we know today. He was a National Football League (NFL) player, he was a coach and a long-time broadcaster for the NFL. While his accolades and accomplishments are incredible, his lasting impact on football far outweighs them.

Madden began his Hall of Fame coaching career in 1969, when he inherited an Oakland Raiders team that finished first in the American Football League (AFL) and lost to Joe Namath and the New York Jets in the conference championship. He coached the Raiders for nine years before he retired from coaching in 1978.

Throughout his illustrious nine years, Madden boasted an unprecedented 103-32-7 record, good for second on the all-time win percentage list. More importantly, Madden led the team to the American Football Conference (AFC) championship game in six of his nine seasons, adding a win in Super Bowl eleven.

Immediately after retiring from the sidelines, Madden joined the booth, where he spent the bulk of his Hall of Fame football career. He called a plethora of Super Bowl games during his 29-year broadcast career, and he teamed up with broadcasting legends, Pat Summerall and Al Michaels.

Madden was inducted into the Pro Football Hall of Fame in 2006, his lasting legacy can be shown in the way that our generation views him.

In 1988, Electronic Arts (EA) Sports released “John Madden Football,” a video game featuring NFL players and teams and allowing people to simulate games in a virtual format. Madden also granted EA Sports permission to use his commentary so that the simulated games could sound like they do in real time during the broadcast.

Madden’s legacy stretches farther than just his teammates or the players he has coached, it extends to anybody that has played any Madden game since 1988. As of June 2021, Madden NFL Football is the 31st highest-grossing video game franchise in history, grossing around $5.2 billion.

For some, watching football or playing Madden was their childhood. Our generation grew up during the rapid rise of video gaming, and Madden rode that wave right along with it.

Madden isn’t just remembered for his professional accolades and his involvement in the Madden franchise, however; he changed the way that we consume football as a whole.

A New York Times article commemorates Madden for his coining of the X’s and O’s. During NFL games, the commentators have the ability to mark the field to show the viewers how a play developed and how the outcome of the play came to be. Madden was the first broadcaster to actually use this telestrator during Super Bowl XVI.

There are many long-standing traditions during the annual Thanksgiving Day slate of NFL Football, such as the Detroit Lions and Dallas Cowboys always hosting a game. In 1989, Madden broke off a leg from the turkey and awarded it to Philadelphia Eagles defensive end Reggie White. This tradition lives on to this day, the Most Valuable Player (MVP) of the game on Thanksgiving is awarded a turkey leg.

Madden also left his impact on the way broadcasters announce the game to the fans watching at home on their TV’s. He coined the phrases “Doink,” “Boom,” and “Ca-Ching” in the booth, and these phrases are still used to this day by broadcasters, not only in football, but all over sports.

The younger generation of football fans remember John Madden for the Madden NFL Football franchise, the older generations remember him for his incredible, illustrious football career, but everyone will cherish his legacy for many years to come. Madden was not only successful on the field, he changed the game of football forever.