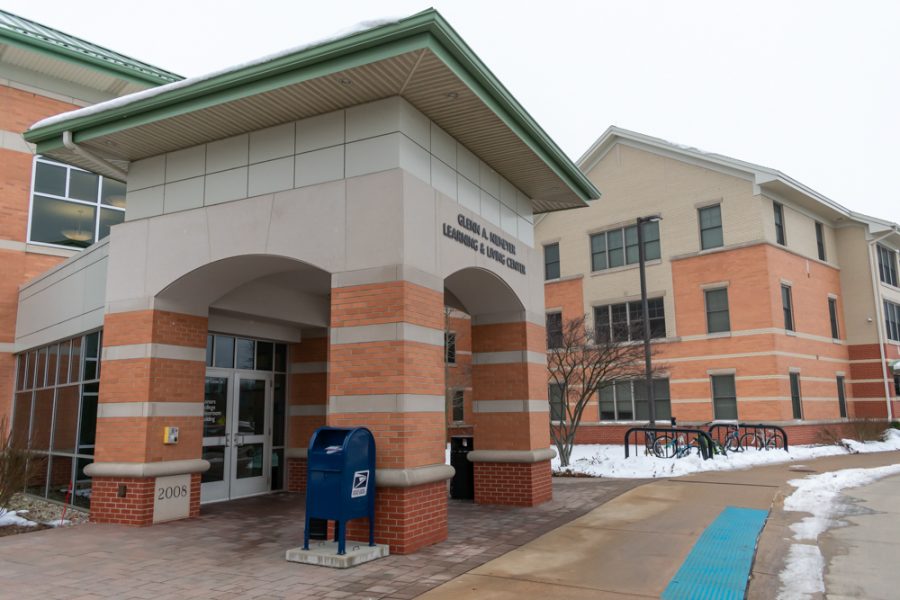 Grand Valley State University mourns the death of the university’s first provost, Dr. Glenn A. Niemeyer, on Dec. 30 at the age of 87.

When Niemeyer arrived at Grand Valley State College in its inaugural year, 1963, the campus consisted of a few sparsely populated buildings and a total of 224 students.

Starting his journey with GVSU as an associate professor, Niemeyer quickly moved through the ranks as a professor, department chair, the Dean of Arts and Sciences and finally the Vice President of Academic and Student Affairs, which was later renamed provost.

During his 38 years of service to the university, Niemeyer worked to build GVSU into the institution it is today. When he retired from his position as GVSU’s first provost in 2001, the student body had risen greatly in numbers with an enrollment of more than 18,500 students.

“There’s no question that he and (former) President Don Lubbers teamed up to transform Grand Valley from the ‘school in a cornfield’ of the 1960s into the widely recognized, highly successful regional university it became by the early 2000s,” Gilles said.

Niemeyer was a West Michigan native, growing up in Muskegon and attending Western Michigan Christian High School. He went on to receive his bachelor’s degree from Calvin College and his master’s and PhD from Michigan State University.

In the mid-1970s, Niemeyer was instrumental in establishing the Honors College at GVSU. Its main housing center, the Glenn A. Niemeyer Living and Learning Center, was named after him to commemorate his support of the program.

In 2000, Lubbers established the Glenn A. Niemeyer award to honor academically outstanding performances and exceptional faculty members. Furthermore, the GVSU history department honored its roots by establishing the Glenn A. and Betty J. Niemeyer Scholarship which is awarded annually to history majors.

Lubbers said Niemeyer was an integral part of creating the university as we know it today.

“He was especially good at putting in place the building blocks necessary to turn vision for the future into reality today,” Lubbers said. “He is a special person, whose special career was as important as any for shaping Grand Valley, for laying the academic foundation that has catapulted our university into the first rank of regional state universities.”

Niemeyer received the Arend D. Lubbers Award in 2007 at the Grand Valley Foundation Enrichment Dinner. This award is only presented to those who have demonstrated outstanding service to the community and the university.

Niemeyer is survived by Betty, his wife of 66 years, as well as his children, grandchildren and great grandchildren. His funeral was held Friday, Jan. 14 at Hillcrest Reformed Christian Church, at which he was an elder and member of the Ministry Council.

The Niemeyer family requests that gifts in remembrance be given to Unity Christian High School, Hudsonville Christian School and GVSU.

Those interested in leaving a message for the Niemeyer Family about his legacy are invited to visit this website.