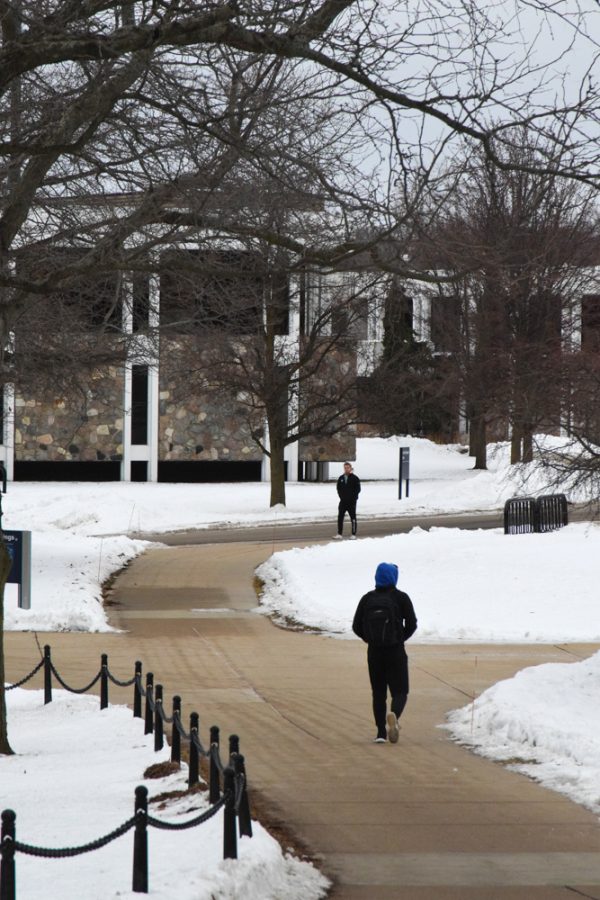 In the months leading up to her death, the Reilly family made it known to Ottawa County PD they felt Kelley was a danger to their daughter’s safety.

Reilly herself filed a personal protective order against Kelley, who allegedly broke her nose, stalked her and threatened to kill her and himself when contacting her over the phone and through email (despite court orders). Reilly also took part in generating two warrants for Kelley’s arrest on domestic violence charges, which were emailed to him prior to the murder.

Despite these efforts by Reilly and her family, Ottawa County PD and GVPD were unsuccessful in arresting Kelley before he found Reilly staying at a friend’s house in Grand Rapids, proceeding to shoot and kill her and then kill himself.

Reilly’s family believes Ottawa County PD and GVPD didn’t do enough to preserve their daughter’s safety due to Kelley’s connection with Michigan police.

At the time Reilly reported her ex-boyfriends concerning behavior, Kelley’s father was working as a police officer on the east side of the state. As a result, Reilly’s family claims that Ottawa County PD engaged in more relaxed methods of law enforcement with Kelley, including mailing his arrest warrants instead of serving them in-person and letting him wander in the Grand Rapids area without actively searching for him.

Their petition to the Supreme Court claims the bias and carelessness of the Ottawa County PD and GVPD infringed upon Reilly’s 14th Amendment due process rights. The case has yet to be approved for review.

Unfortunately, the assault and murder of Reilly isn’t an isolated incident.

Many people across the United States struggle with domestic abuse and violent relationships, but are fearful to report abuse as it is not always safe to do so. It’s estimated that one in four women will experience some type of domestic or interpersonal violence in their lifetime, often from a partner. However, only 47% of these cases will ever be reported to police.

“We need to treat everyone as if they’ve experienced trauma, which means that we need to cultivate a community that encourages care, that we believe victims/survivors, and we take allegations and reports seriously,” Short said.

In addition to creating a supportive environment for victim-survivors, students can also take advantage of on-campus resources to educate themselves. The Center for Women and Gender Equity offers services to those experiencing relational violence, as well educational seminars for those who want to learn about topics such as violent relationships, domestic assault and abuser behavior.

“We have a victim advocate, Rachel Dziabuda, who meets with people who have experienced any form of gender-based violence,” Short said. “We also have some workshops here, like our Violence Prevention Programming, so if someone wants to learn more about healthy, unhealthy or abusive relationships, they can request a workshop.”

Rosemarie Reilly’s legacy will continue to be preserved at GVSU through the lives of victim-survivors and those who work to put an end to domestic violence.

For more information about victim-survivor resources and advocacy, visit www.gvsu.edu/cwge