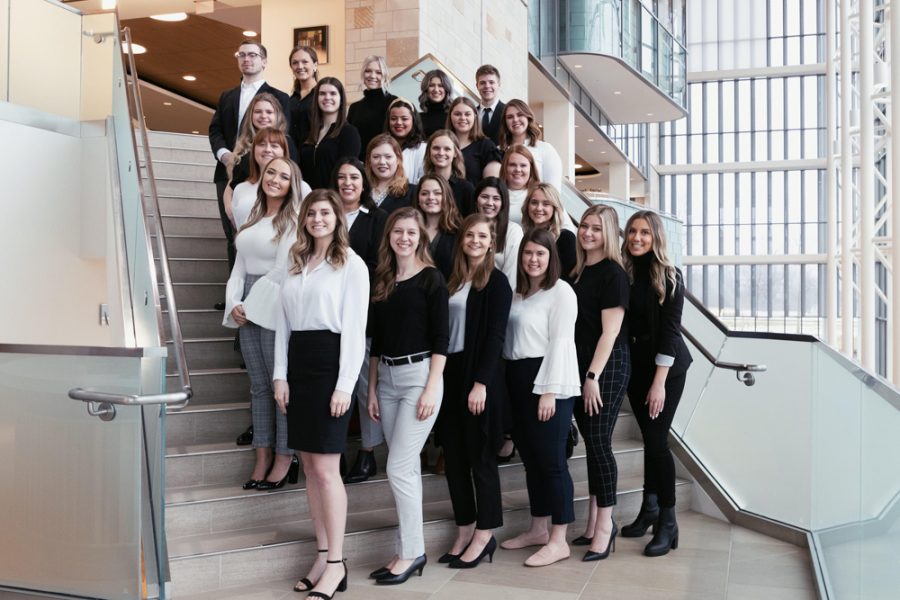 Grand Valley State University’s student-run public relations firm, GrandPR, recently placed third in the international Digital Marketing Competition. This was the first time GrandPR or any GVSU school of communications team has placed in the finals in this competition.

For the competition, teams were tasked with creating a campaign to resolve problems for a real client, Wondr Health, a digital weight management program based in Dallas, Texas.

DMC gave each team an explanation video, a brand guidelines packet and other resources providing information on the brand. Wondr Health also laid out what demographics they wanted the campaign to reach.

After completing their own research, the teams developed a survey that they distributed to people in the demographic via social media and word of mouth. With the survey and research done, the team pinpointed what strategies they wanted to use and submitted a PowerPoint video.

The finalists were judged by members of Wondr Health’s management team, as well as multiple marketing professionals. Teams were judged on their research, owned strategy, paid strategy and media and evaluation. Winners of the competition received a monetary prize and a trophy.

The GrandPR team took a creative approach to their social media strategy which led them to also earn the “What’s Trending” award.

GrandPR member Payton Peltomaa said the team incorporated things like Twitch and Tinder into their ad strategy, which the company responded positively to.

“They were really impressed by that because they hadn’t thought about it originally,” Peltomaa said.

Out of the top three winners, GrandPR was the only team from the United States. The two other winners were from Singapore.

GVSU Professor and GrandPR Advisor, Adrienne Wallace, said the experiences from participating in the competition will help students in the future.

“Competitions like DMC are important to our program,” Wallace said. “They demonstrate that our students are ready for the 21st century global workplace. That our team placed first out of all US teams is a hat tip to our student ambition, but also to our program for maintaining curriculum and extracurriculars that prep our students for success immediately upon graduation.”

For the past three years, GrandPR has been competing in DMC and has placed in the top 10 twice.

“We really had to meld our ideas together, and being able to come out in the top 10 and then top three was really rewarding,” Peltomaa said.