Exploring what it means to honor Dr. King’s legacy 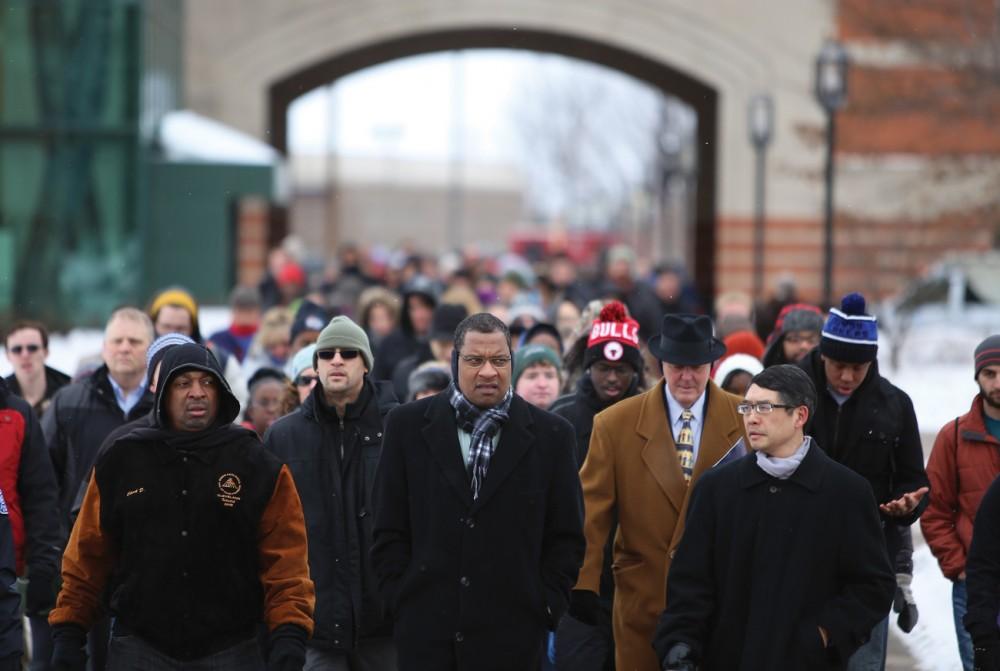 Monday, Jan. 17 was Martin Luther King Jr. Day, and GVSU is commemorating Dr. King this week with a series of events, presentations and workshops, many of which will be remotely accessible.

While King advocated for large-scale, profound change in United States politics, his ideas are often diluted into overly simple, vacuous messages. King wanted more for the U.S. than for Americans to “not see color” or to have a general awareness that racism is bad.

On MLK Day and throughout the rest of the year, many voices in U.S. politics misappropriate King’s message. Some of the more concerning instances twist or recontextualize his words to advocate for colorblind or “not-racist” policies and legislation. In the area of election reform, colorblind rhetoric often disguises targeted, discriminatory laws.

One of the most important messages in Ibram X. Kendi’s “How to Be an Anti-racist” is the idea that simply “not being racist” is, ultimately, impossible. According to Kendi, there are policies that actively or passively reinforce racism in institutions, and there are policies that actively undermines or challenges racism in institutions, with no in-between.

In “Framing Voting Restrictions,” David J. Barney and Jesse H. Rhodes identify colorblind rhetoric as one of the multiple frameworks policymakers use to deflect accusations that these bills perpetuate racial injustice.

As Barney and Rhodes describe it, color blindness “avoids explicitly discussing the racial factors that play an important role in determining both elite and mass support for restrictive policies, providing audiences with an alternative, attractive and ostensibly non-racialized reason to support these measures.”

After the 2020 election, during which former president Donald Trump and many other conservative leaders pushed a false narrative of massive voter fraud, a wave of restrictive voting legislation swept the country. Many of these election reform laws limit access to the polls for people of color.

This new wave of election reform targets absentee voting, which enables people who’re required to attend work or school on election day to cast their votes, and even keeps volunteers from providing water to people waiting long hours in line to vote. These policies make the entire voting process harder, restricting how and where people can vote.

With the push for stricter elections continuing into 2022 (nationwide and in Michigan, specifically), people should expect to hear more “non-racist” rhetoric defending these stringent bills. Many well-intentioned but uninformed voters may not be aware of the negative impacts these bills will have.

Thankfully, GVSU is actively combating these inequitable election reform policies, and making an effort to raise awareness of systemic racism with guest speakers and workshops, as well as expanding the community’s access to the polls. Going forward, GVSU will offer on-campus voting, for all upcoming elections. (While students can only register to vote at one address, students can register to vote with the address of their on-campus or off-campus residence.)

Honoring Dr. King’s legacy is a monumental challenge, and the way his dream is currently understood by many, it’ll never truly be realized. Being “not-racist” and colorblind is easy. Anti-racism is hard. However, by pursuing the complex truth of his message, and working to see the racial injustice encoded into the laws and norms of the United States, some students and faculty of GVSU are making an effort.