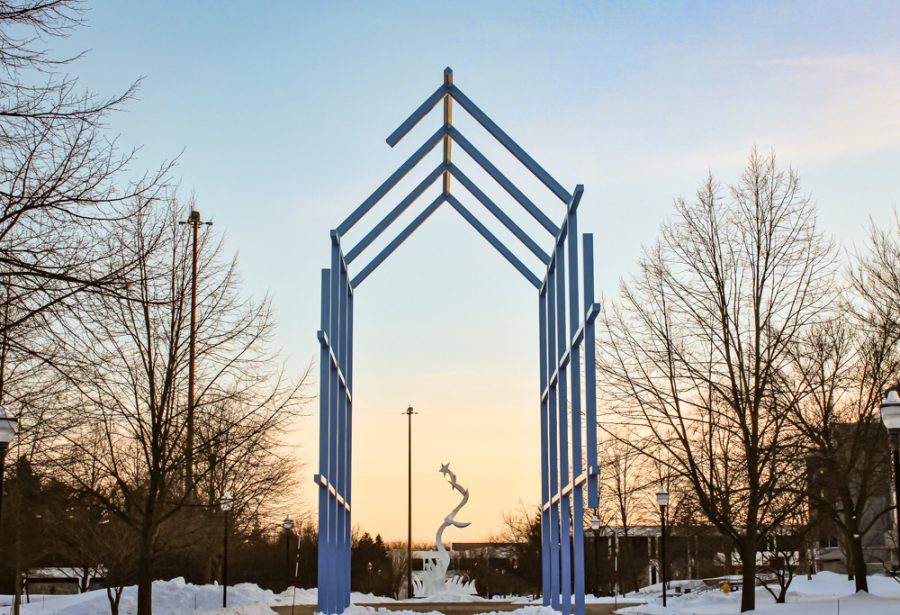 Grand Valley State University has begun the search for a new provost and executive vice president for Academic Affairs.

GVSU has selected four candidates to hold open meetings throughout the month of January, during which each will give their presentation to an 18-member multidisciplinary faculty search committee.

Paul Stansbie, committee member and Associate Dean of the College of Education and Community Innovation, said he has high hopes for the future provost.

“We will look for someone to navigate us through the changing dynamics of the higher-education landscape and position Grand Valley as a fiscally sustainable leader of innovative, high-quality education for all,” Stansbie said.

The first candidate to present was Alan R. Shoho on Jan. 18.

After graduation, Shoho served briefly as an associate professor at the University of Portland before transferring to the University of Texas, San Antonio. Some of his positions here included program coordinator/department chair and Associate Vice Provost of Academic and Faculty Support.

Following this, Shoho served as the former dean of the School of Education and professor of administrative leadership at the University of Wisconsin-Milwaukee. He occupied this position for 10 years before taking a short sabbatical beginning Jan. 2021.

The second candidate to present was Fatma Mili on Jan. 20.

A French native, Mili earned her degrees from Universite Pierre & Marie Curie and Universite de Villetaneuse, both located in Paris, France. In the U.S., she studied informatics and computer science alongside mathematics and engineering. Mili served at Oakland University as Chair of Computer Science and Engineering and the acting Associate Dean of the School of Engineering.

She then moved on to Purdue University where she became the department head of computer information technology, and was later promoted to Associate Dean of Educational Research and Development. Her final position there was as the executive director of the TransSTEM Center. Mili later accepted a position as Dean of Computer Science and Informatics at the University of North Carolina, Charlotte.

The third candidate to present will be Robert D. Aguirre on Jan. 24.

Aguirre earned his bachelor’s degree from the University of California, Santa Barbara in 1983 and his masters and doctorate from Harvard University in 1985 and 1990, respectively. All of his degrees were earned in English and American literature, or English.

Aguirre formerly worked at Wayne State University as a professor and then as the Associate Dean of the College of Liberal Arts and Sciences.

He then moved on to James Madison University, where he currently serves as the Dean of the College of Arts and Letters and a professor of English.

Chaden Djalali will be the fourth and final candidate, and will give his presentation on Jan. 27. Djalali is recognized as an international expert in nuclear and hadronic physics, alongside being a tenured professor in physics and astronomy at Ohio University.

He earned his Master’s and Bachelor’s degrees in physics from the University of Paris XI, and two doctoral degrees from the Institut de Physique Nucléaire d’Orsay in France.

Djalali has served as a professor and the Chair of the Department of Physics and Astronomy at the University of South Carolina. He was also the Dean of the College of Liberal Arts and Sciences at the University of Iowa. In addition to this, Djalali served briefly as the Executive Vice President for Academic Affairs and provost at Ohio University before returning to teaching.

All presentations will be given in the Kirkhof Center. There are Zoom links available for those who wish to attend online on GVSU’s provost search page.