GV alumni use their PA degrees for good 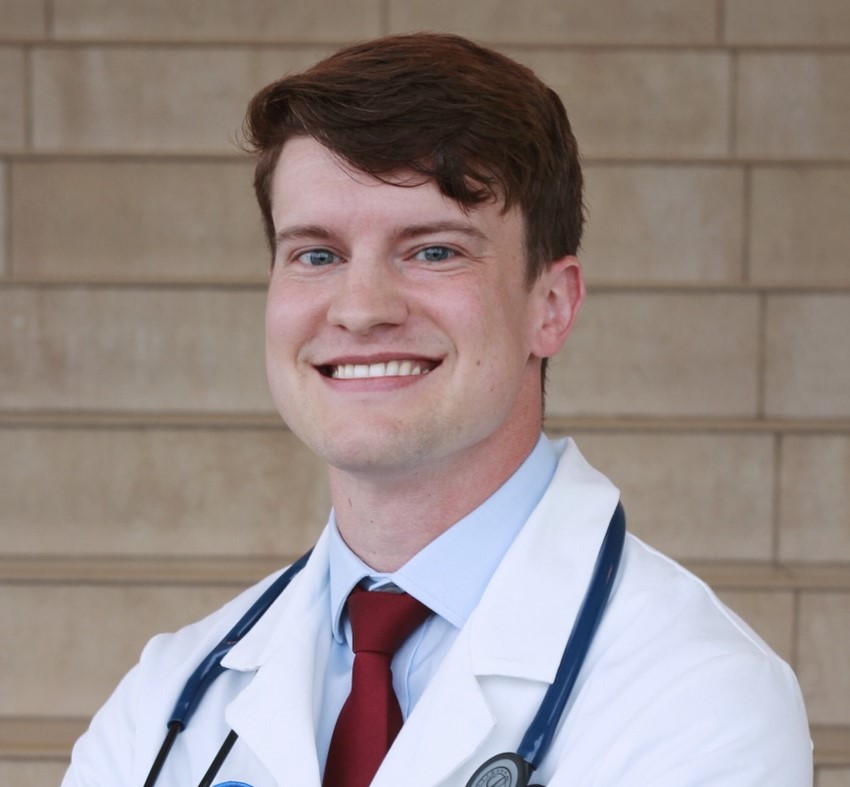 A degree from GVSU’s physician assistant (PA) program enables alumni to work alongside other healthcare workers, while also diagnosing and treating patients in the area of emphasis they choose.

“I originally graduated with a Bachelor of Business Administration because I wasn’t entirely sure what I wanted to do and I thought it’d be versatile,” Massar said.

“Back in high school, I thought of going into medicine, but I wasn’t really sure,” Massar said. “After graduating and working for a while, I became more curious about it.”

In response to this curiosity, he shadowed two of his friends, a physician assistant and a nurse practitioner. These experiences sparked further interest for Massar, who began working part time as certified nursing assistant (CNA) in addition to his full-time logistics job.

“Working at the hospital, I got to be around PAs, doctors and nurses and got to see hospital medicine,” Massar said.

During this experience, Massar realized that the medical field was where he wanted to be.

Upon his decision, Massar began taking the necessary prerequisites for PA school at Grand Rapids Community College (GRCC) and GVSU.

Eventually, he quit his job and became a full-time nurse tech with Spectrum Health. Being a father of two kids while working two jobs, it took Massar five years to complete his prerequisites and apply to GVSU’s PA school.

He said he would recommend that students get extensive outside experience in the field.

“I think it’s really important for people considering PA school to shadow and get as many useful experiences in a medical setting as they can,” Massar said. “If they can spend time at a hospital and see what the job is, they’ll have a better understanding.”

Currently, Massar works as an internal medicine physician assistant for Sparrow Hospital in Lansing, Michigan. At the hospital, Massar acts as the primary service that manages the treatment of a panel of 13 patients.

This management consists of ordering tests and images, consulting other specialties based on the needs of patients and other things involving a patient’s treatment plan.

“I wanted to go into a specialty where I was able to practice a wide range of medicine and get to see a lot of different patient conditions and really utilize my education,” Massar said.

While this work is exciting for Massar, he said he wanted students to know that the media portrayal of doctors and nurses is far from the full picture.

“You’re working within a system, so there’s a lot of documentation and a lot of social issues that come up when dealing with patients,” Massar said. “We have patients who might be medically stable, but they might be homeless or have safety concerns at home or need psychiatric help. A lot of times these people have nowhere to go, so we end up holding them at the hospital.”

Despite having social workers on-site who devote their time to helping people in these exceptional circumstances, the need for special placement is often greater than the availability. Massar said that COVID-19 has only exacerbated this issue.

“When you throw in, for instance, a psychiatric diagnosis where someone needs in-patient care, there are very few in-patient psychiatric facilities, especially any that have availability,” Massar said. “Social issues like these dictate how long a patient will stay in the hospital.”

“I was always interested in medicine, but I knew I didn’t want to spend eight years completing medical school, so PA school was a good middle ground,” Wilson said. “It’s a good medical education in a shorter amount of time. It’s also really flexible, there’s a lot of variety in terms of what I can do.”

During her clinical rotations in GVSU’s PA school, Wilson was exposed to a variety of different practices, including surgery, emergency care, internal medicine and psychiatry.

Psychiatry is a readily available position for PAs in the Grand Rapids area not only because of high demand, but because the Pine Rest Psychiatric Urgent Care Center is one of only a handful of psychiatric urgent cares in the country.

“I evaluate patients with psychiatric concerns to determine a level of care for them,” Wilson said. “For instance, do they need to come into the psychiatric hospital? Are they safe to manage outpatient care? Can we start certain medications and schedule a follow-up with psychology or therapy?”

While working in psychiatry requires a lot of independent documentation, there is also a lot of hands-on work such as observing patients and initiating treatment plans with them.

“In being a psychiatric PA at an urgent care, I’m the provider that someone is seeing on one of the worst days of their life,” Wilson said. “Out-patient and in-patient providers usually see their patients while they’re in some form of stability, so to be someone who works with a patient on one of their worst days is very rewarding.”