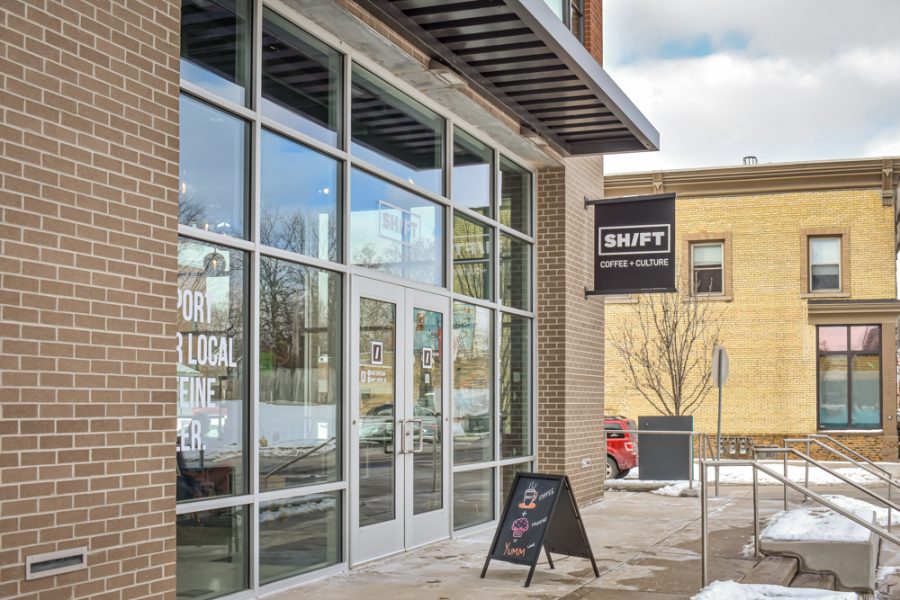 The cafe’s owner, Deanna Bossenbroek, is a Grand Valley State University alumna who is an accountant by trade and embodies the creative and inviting atmosphere the shop emulates.

Bossenbroek said she faced the challenge of opening a business without any prior knowledge of how to do so.

She said the shop’s main objective is to create a community of support by lifting up other minority-owned businesses, especially those underrepresented in Grand Rapids, purchasing and selling their products.

Everything in the cafe, down to the mugs the coffee is poured into, comes from a minority-owned business.

Although they just opened, the chain reaction of minority support is already underway as Shift Coffee + Culture has connected Uncommon Coffee Roasters with two other coffee shops in the area.

“A lot of minorities are not coming from a background of business or connections to business owners,” Bossenbroek said. “Just like me, they’re starting from scratch, so it’s important for me to help them out.”

She said the idea to open her coffee shop came from the fact that, as an accountant, Deanna would do a lot of her work in coffee shops.

“Everybody needs a spot,” Bossenbroek said. “They need that place outside of their home where they can work from.”

To craft the perfect atmosphere for her cafe, Bossenbroek said she spent six months designing and constructing it.

Tylan Davis, a graphic designer from Grand Rapids, helped bring her vision to life with a fun, original mural that covers the walls.

Bossenbroek said tuning out others’ voices and opinions and focusing on her goals was an important step to help her realize her vision for the cafe.

“I put so much time into every little detail of my shop, so it’s hard to hear peoples’ opinions,” Bossenbroek said. “Some people just want to see their own suggestions implemented or they want me to move away from my own vision.”

A  unique aspect of Shift Coffee + Culture is the waffle menu, which features the names of Bossenbroek’s mother, aunt, two of her friends and one of her husband’s daughters.

Each waffle, loaded with fruits, sugars or butters, was invented by the person it was named after.

“These are people who have been there for me through everything,” Bossenbroek said. “Everyone who orders a waffle gets a little piece of someone I love.”

Bossenbroek said she feels sentimental and proud every time she hears her mother’s name in an order. She said it serves as a reminder of the work she has accomplished and the people who have been with her along the way.

“I want everyone to love our coffee and pastries and waffles, but what I care about most is that people make it a community and a place to be themselves, whether studying or hanging out with friends,” Bossenbroek said.