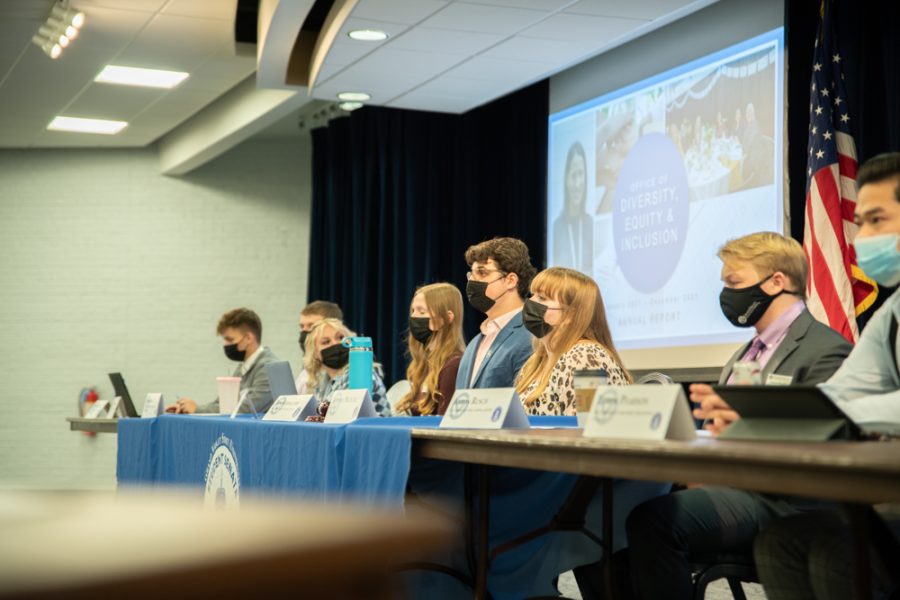 February has been federally recognized as Black History Month by every U.S. President since 1976.

The Senate’s Vice President for Diversity Affairs, Kyle Gineman, is collaborating with his colleagues on the Senate’s Educational Affairs and Public Relations committees to plan events.

“We actually have three events planned,” Gineman said. “We have a trivia night planned, we have a movie night planned and then we’re going to plan a service project so student senators can get out into the community sometime this month and make a change within the Grand Rapids community.”

While the service project has not yet been defined by his committee, Gineman said the DAC would be meeting soon to determine specifics regarding the event.

In addition to events and a promotional bulletin board outside the senate office, the DAC has also coordinated with GVSU’s Mary Idema Pew Library to construct a book stand in its lobby featuring prominent titles by Black authors focused on Black history and achievement.

The need for the DAC’s work and the inclusion of minority communities is highlighted by the university’s current demographic makeup.

According to the National Center for Education Statistics, Black and African American students only constituted about 4.4% of GVSU’s student body in the fall of 2019.

While the DAC continues its own work to acknowledge Black History Month, the senate’s general assembly considered possible changes to its mission and vision statements.

Though not directly related to Black History Month, deliberation over possible new statements sparked ideas for how the governing body could make these statements as inclusive as possible to guide future action.

Tamela Spicer, Senior Program Manager for GVSU’s Dorothy A. Johnson Center for Philanthropy, spoke to the senate and facilitated the start of their search for a more inclusive message.

“Part of the job of the senate will be, once they have a statement crafted, that idea of going out and sharing it with people to see what they think (and) to see how it feels,” Spicer said.

To start this portion of crafting their statements and moving forward, Spicer said she would advise the senate to begin by taking their ideas to relevant student affinity groups like GVSU’s Black Student Union (BSU).

As an active campus presence, the BSU defines their mission on the university’s LakerLink website as being “To unite students, regardless of race, gender, ethnicity, religion and sexuality through education and awareness and provide an environment that will promote unity within the GVSU campus community.”

Spicer said that including groups like the BSU will achieve the senate’s goal of inclusive statements and actions going forward.

“This is why I encourage them once they draft a statement to live with it for a little while and share it with people,” Spicer said. “Take it to the Black Student Union and say, ‘What do think of this? How does the language feel?’”

Spicer said inviting people into the conversation of statements and action is key if the senate aims for unity and inclusivity.