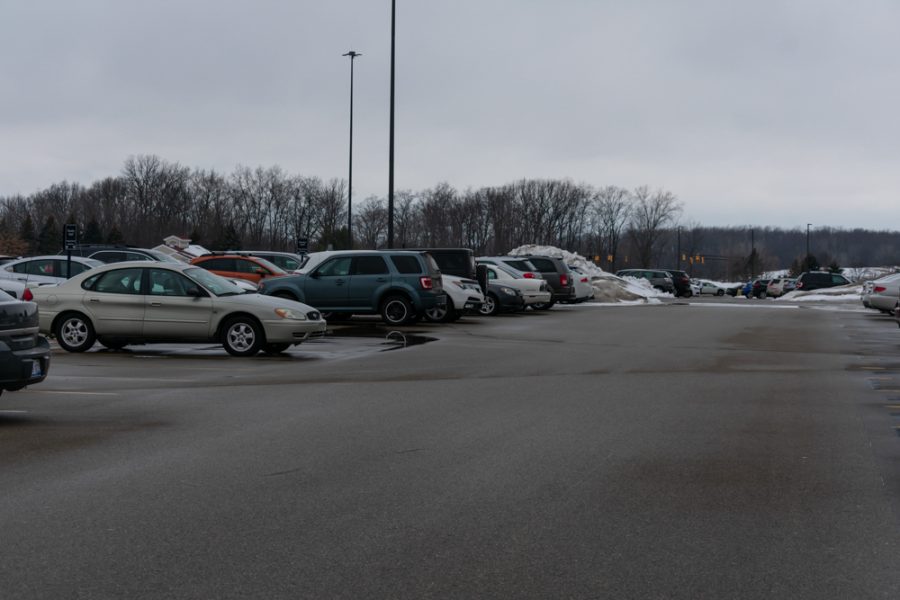 A Grand Valley State University student was hit by oncoming traffic when crossing the street on Feb. 7.

The student was leaving Lot H walking towards Laker Village Apartments at 7:05 p.m. on Wednesday night when an oncoming car didn’t yield to the pedestrian’s right of way and hit them in the crosswalk.

GVSU Police Department Captain Jeffrey Stoll said there were minimal injuries sustained in the collision for both the student in the crosswalk and the driver, though the student did have a brief stay in the hospital that night.

“It’s what’s known as vehicle versus pedestrian,” Stoll said. “The pedestrian was taken to the hospital for non-life-threatening injuries and is now doing okay.”

The driver is at fault for causing the accident, receiving a citation for “failing to yield to a pedestrian at a crosswalk.”

The case has been turned over to the District Court, where it will be examined further.

The driver is being charged with a Civil Infraction and is being fined. According to Stoll, there was no evidence of distracted driving in the investigation.

With the high pedestrian activity on campus, drivers and pedestrians need to be aware of their surroundings.

Stoll said its important to stay focused and alert when driving around campus, especially during busy times of day when there are lots of students walking.

“We highlight that our campus is very pedestrian friendly, so we want to be fully engaged when we’re driving,” Stoll said. “Unlike other places you drive around the area, this is a high population area and at certain peak times there’s a lot of pedestrians, so it’s important to stay alert and be aware of your surroundings.”

Students should also practice high awareness and stay vigilant when crossing the streets on campus.

Many students feel they’ve had close calls as pedestrians on campus, especially around Laker Village Dr. and in parking lots around the university.

Meghan Seelye, a freshman in GVSU’s Honors College, said she spends lots of time walking around campus and in her experience, drivers seem to be a little less aware.

“I’d say a lot of my traffic experiences are me questioning whether or not the driver has seen me,” Seelye said. “A lot of times they don’t acknowledge you or pay attention until the last minute and it’s hard to tell when they’ll stop or not.”

Sometimes students will end up waiting for extended periods of time for cars to stop.

“It’s always better safe than sorry,” Seelye said. “I end up checking multiple times before crossing but there are so many drivers on their phones or just not paying attention, you still can’t be sure.”