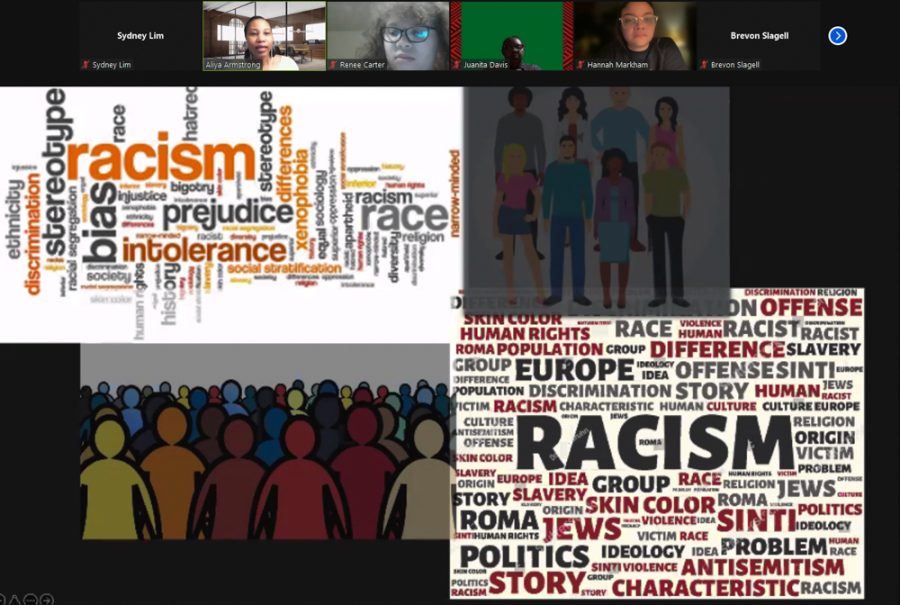 As Black History Month comes to an end, the very last black history celebration event at Grand Valley State University, “Don’t Box Me In”, took place via Zoom on the night of Feb. 21. The presentation focused on how multiracial and biracial individuals are often marginalized, alienated and forced to choose one race instead of valuing all the races that make them unique.

Director of TRIO Teacher Preparation Student Support Services (TPSSS) Aliya Armstrong kicked off the event with an icebreaker. She asked the Zoom room what races we see in artists like Drake and Alicia Keys. Many students were surprised by the results, such as Drake being Jewish, Canadian and African American and Alicia Keys being Italian, Scottish, Irish and African American.

“Which celebrity do you think will most likely be asked, ‘Where are you from, what language do you speak, where are your parents from?’,” said Armstrong. “We make so many assumptions about individuals that can be hurtful, damaging and cause long-term effects.”

Student Renee Carter showed a slide that read ‘I am very insecure about my looks, and I always have been because I’m mixed race’ and asked the audience what came to mind when they read the quote. The point was to show that people with diverse backgrounds often feel they are too white to identify as one race, yet too dark to identify with another.

“I was called names such as ‘wheat thin’ to ‘white girl’ and even ‘mayo,’” Carter said. “It really hurt and made me question how they thought of me.”

Another student leading the discussion, Hannah Markham, shared some of her experiences with colorism. Her first exposure to colorism came early in life when her older sisters didn’t want to interact with her due to her lighter skin. After Markham’s story, students in the audience joined in and told their own stories.

“It’s not really obvious what I’m mixed with,” said one student. “I’ve been mistaken for being from Hispanic descent so they would call me things like ‘beaner.’”

Many of the statistics included in the presentation were surprising. Markham shared a case study on biracial people where 55% said they were subjected to racial slurs or jokes and 24% felt annoyed because people made assumptions on their racial background. Although most people of mixed race face hardships due to their race, the study claimed just 4% of individuals saw their race as being a disadvantage in their life, 76% said it made no difference and 19% even said it was an advantage.

As discussion about the study slowed down, the presentation shifted focus to mental health crisis studies and personal growth.

“Due to the history of mistreatment by white people, people of color had separate traumas, whether physical, mental or emotional,” Carter said. “That has led to several mental disorders or illnesses.”

Carter spoke about how the most common mental illnesses include stress-induced anxiety, social anxiety, phobias, PTSD and multiple personality disorder. Unfortunately, there has also been an increase in drug dependency to go along with these issues.

“The leading cause of this is the struggle for identity affirmation leading to a lack of self esteem among many other things,” Carter said.

Near the end of the presentation, the speakers took a look at a milestone in biracial history by examining Loving v. Virginia, a court case that opened the door for interracial marriage. The last state to get its laws against interracial marriages struck down was Alabama in 2000.

“This was a landmark case because it struck down laws against interracial marriages in 16 states,” Markham said.

To conclude Don’t Box Me In, Armstrong shared one final bit of knowledge with the audience.

“Words have power and you remember things that were said in grade school,” Armstrong. “As educators, to know better is to do better. They’re critical conversations, they’re not always comfortable.”

Although Don’t Box Me In is the finale of the Black History Month series of events, many more events like this one occur regularly at GVSU. To see more, visit the GVSU events calendar at www.gvsu.edu/events.