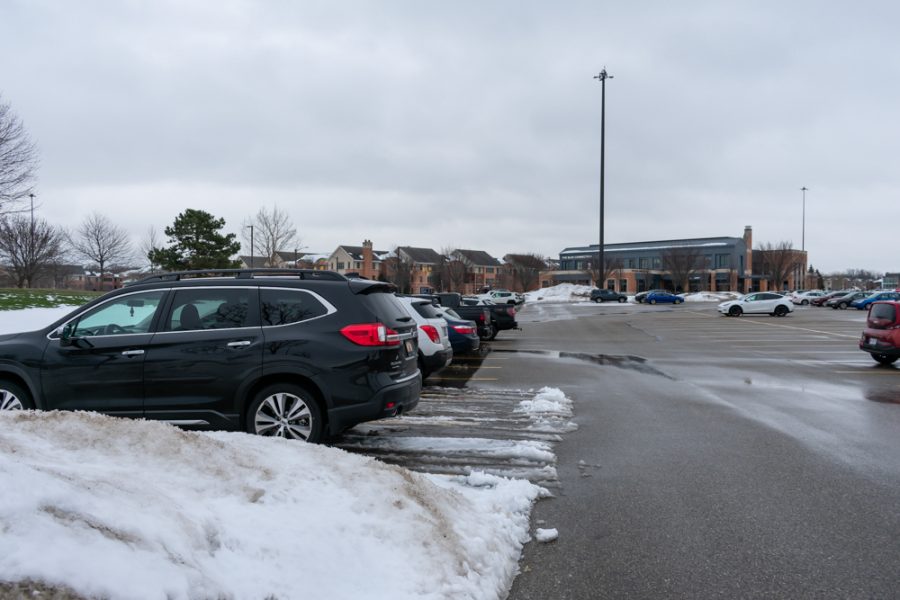 Recently, there have been a series of catalytic converter thefts around Grand Valley State University.

Converters have been stolen from cars in parking lots on campus as well as off-campus in apartment complexes. The potential motivator behind stealing these catalytic converters could be the costly precious metals they contain.

According to the Grand Valley Police Department (GVPD), catalytic converter theft has become more frequent over the years. Campus safety is working closely with neighboring police to connect theft cases.

GVPD captain, Jeffrey Stoll, said the university has security measures in place that have been helpful so far in catalytic converter theft cases.

“We did have a couple (thefts) on campus,” Stoll said. “We do have some good leads associated with that case, because of the camera system that we have set up and some of the identification our detective has been able to identify. We’re working with our county and then some greater West Michigan agencies that have seen in some of their jurisdictions as well.”

Catalytic converter theft is hard to prevent because the process doesn’t require actually breaking into a car. So, stealing a catalytic converter only takes a few minutes and doesn’t set off any installed car alarms, Stoll said.

The converter itself is unable to be seen unless you are looking directly under the car. The thief slides under the vehicle, uses some kind of saw to remove the part and normally gets out in five minutes or less.

GVPD said they want to remind students to stay vigilant and call in any suspicious activity.

“We want people that see suspicious activity in parking lots to call 911 to report it, and we will check it out and make sure that everything is okay,” Stoll said. “Report if something was stolen because we’d like to keep an accurate track of people that were victimized.”

The more information sent in, the better that campus safety can react and respond.

Catalytic converter theft has seen a serious increase since 2020, according to a story by Gabrielle Phifer for WOODTV8. In Kent County, catalytic converters were being stolen from church parking lots.

“Kent County Sheriff’s Office is seeing a record of its own,” Phifer wrote. “In 2020, there were 20 catalytic converter thefts. Last year, it spiked to 183 thefts.”

Students should keep an eye out for any suspicious activity around the parking lots, which can be perfect targets for catalytic converter theft due to the high amount of cars sitting for long periods of time.