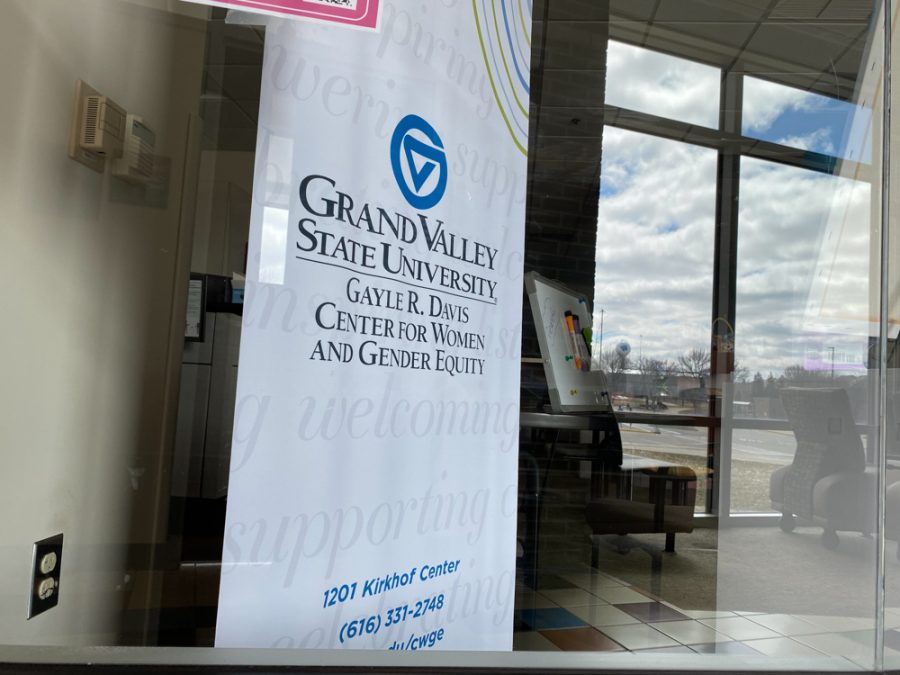 “These programs and these conversations are so important, they’re so critical,” Short said. “When we don’t talk about these things or when folks internalize them or carry this on their own, it leads to more harm for that person – whether you can physically see that harm or they are internally, mentally or emotionally having to deal with this trauma alone.”

Short said the Center offers a myriad of services for survivors of gender-based violence including private, non-reported meetings with its victim advocate, Rachel Dziabuda,  on violence prevention education and survivor support.

On March 16, President Joe Biden signed into law the latest reauthorization of the Violence Against Women Act (VAWA), a 1994 law that provides resources for survivors and prevention of gender-based, domestic and sexual violence.

“No one, no one, regardless of their gender or sexual orientation, should experience abuse, period,” said President Biden on the day of the bill signing.

The reauthorization deal came after several years of the act being void after legislators in Washington failed to come to an earlier agreement over a 2019 provision that would have prohibited abusers from owning firearms.

When compared to the needs of campuses like GVSU in fighting against gender-based violence, Short said she believes there is both reason for support and skepticism of the VAWA’s newest iteration.

“While it’s exciting that we’re putting some money towards funding (prevention efforts), realistically, communities who need this funding the most or would benefit the most from this are a teeny tiny portion of that,” Short said.

One community in need, Short says, is the college campus.

The most recent statistics from the Centers for Disease Control and Prevention suggest that one in four women and one in 13 men experience sexual abuse before the age of 18.

“So, with that in mind, people are coming into a college campus already having experience in victimization, typically,” Short said. “So, when I see things like this being passed, I really, really hope and wish that someday there will be a push towards more services because we also know that gender-based violence is one of the least prosecuted crimes.”

With the latest iteration of the $575 million VAWA, about 8% ($22 million) will be allocated to grants for colleges to combat campus gender-based violence.

These allocations, Short believes, likely won’t be sufficient for the Center’s prevention efforts.

“It’s also temporary funding,” Short said. “So even if we get it, it’ll probably last for one to two years and then we’ll have to scramble for funding again.”

Rather than prevention, much of the overall appropriations in the 2022 VAWA reauthorization focus on post-violence survivor support and resources for the justice system.

According to an analysis of the VAWA reauthorization from the National Network to End Domestic Violence (NNEDV), about 30% of appropriations will go toward law enforcement, prosecutors and the courts.

Short said such large allocations to law enforcement and prosecution take away from VAWA’s ability to foster positive change.

“So, when all of this money is being dumped into two entities that may work with victim survivors, but they definitely don’t provide direct services to them, it definitely gives me pause,” Short said. “Because who is this money really for?”

In the absence of larger funding or assistance from VAWA and higher authorities, Short outlined actions the campus community can take on the individual level to support survivors and work toward prevention.

Short said believing survivors, giving them space to talk about what they feel is important and refraining from offering one’s own advice are tactics all members of the community can use.