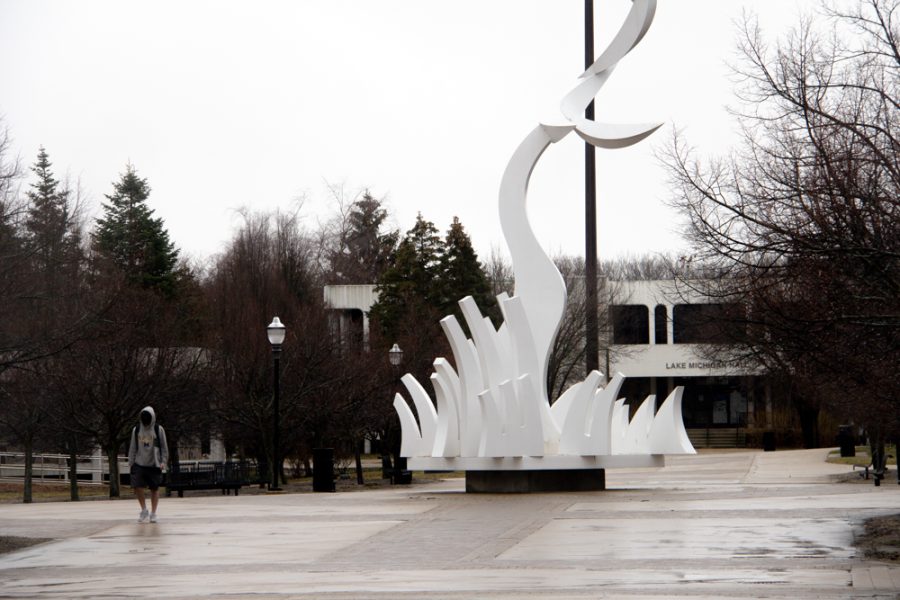 Police often rely on reports filed by civilians to keep tabs on what’s currently happening in the community. These reports can be a valuable resource for officers to know about crimes committed, bring perpetrators to justice and collect more details about active cases.

Involving the public widens the scope of surveillance for a police department. Grand Valley State University’s Police Department frequently reaches out to the campus community for assistance or an extra pair of eyes.

In some cases, the help of the people in the area contributes to the success of a case.

He said the communication often takes the shape of a press release, where the department addresses the public and puts out a call for information that could be relevant to the case.

Stoll said a few years ago at GVSU there was a situation where the GVPD received more than 150 anonymous tips. When cases are opened up to the public, the responses vary in usefulness and accuracy.

“Some (tips) were insignificant and offered no real help,” Stoll said. “Some were very helpful, some helped confirm information that we thought was true and it helped to vet the information and some were able to help refute information.”

Some police departments also use a program called “Silent Observer,” an anonymous tip line where anyone can get online and submit a tip directly to the police.

GVSU also has multiple ways to report wrongdoing, complaints or observations for different programs, areas of interest or events that happen on campus.

A focus of campus safety is to provide an avenue to report any suspicious activity and consult with GVPD. In the past, GVPD and other police forces have taken to social media to connect with the public.

GVPD has posted bulletins on Facebook, Twitter and other social media platforms asking students if they saw a crime take place, if they recognized a suspect or to keep an eye out for something specific.

“We had a year where (asking the community) was very, very helpful,” Stoll said. “It felt like every time we posted within six to eight hours, someone would call and be like, ‘Oh yeah, that’s so-and-so’ and then we would have a conversation and be able to move forward.”

An article from the Houston Chronicle said the use of the anonymous tip system called  “Crime Stoppers” has helped Texas police solve more than 200 cases in a five-year span. The column, written by Katherine Cabaniss, looked specifically at Harris County.

“Of the reported homicides for the years 2004-09, Crime Stoppers tips helped solve 14.4% of all of the cases cleared,” Cabaniss wrote.

Cabaniss said the reason that anonymous tip services can be so helpful is because it encourages citizens to speak up.

“A reporting resource that citizens can use with confidence and anonymity will encourage citizens to speak up,” Cabaniss wrote. “Empowering citizens to help law enforcement make arrests is the key to community safety now and in the future.”