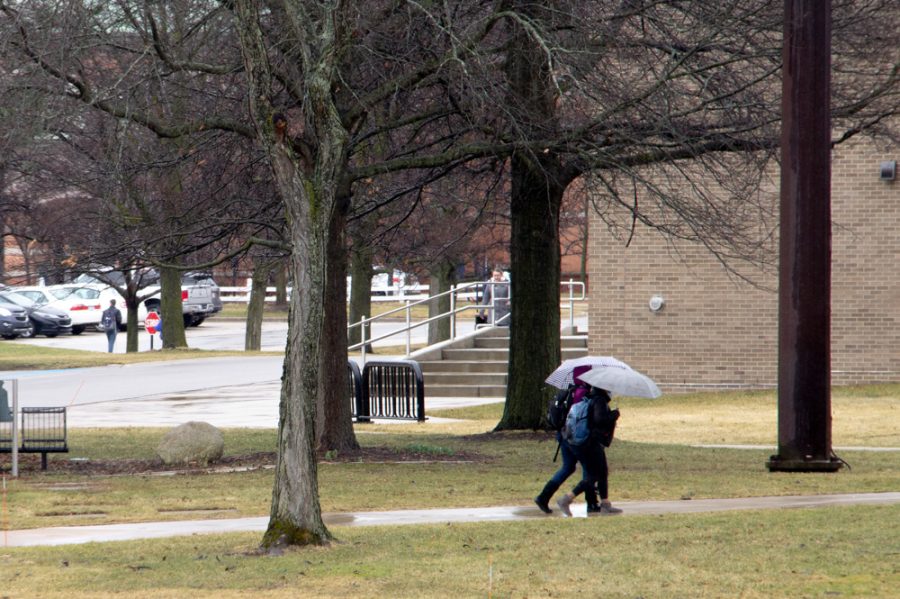 These calls can require different responses, but most come in outside of the counseling center’s open hours.

“So as we move into April, that’s a common occurrence for us to deal with mental-health situations in various forms from lower level up to people that have suicidal ideations or are threatening suicide actively,” said GVPD Captain Jeffrey Stoll. “We work with our campus partners to try and mitigate that at the moment.”

GVPD has collected data throughout the years that divides the mental health calls to GVPD into four categories: suicidal ideation, intent/plan, attempt and completed suicide.

The data shifted when COVID-19 struck and as the campus population decreased, the calls did as well.

Once the campus fully reopened, however, the numbers went right back to the original trend, with 26 mental health calls in 2021. Of those calls, 63.6% resulted in students being transported to the hospital.

Captain Stoll said that while some of the data can be misleading because of a decrease in campus population, an increase in calls could be due to students becoming more willing to reach out for help when they need it.

“We want people to come forward when there’s a mental health issue, and in doing so, that’s going to generate some numbers and responses that may be concerning, but I would submit are beneficial because they are people that are seeking and getting help to prevent a tragedy,” Stoll said. “I’d much rather talk to them as they’re on the slide downward in the beginning, rather than when they’re at the very bottom.”

GRPD responds to multiple calls per day, with an entire task force dedicated solely to the homeless community.

“Without looking at the true numbers I would guess that 10 to 25 calls a day for our patrol officers have some type of mental health element to them,” Reinink said. “We won’t give up our tactics on how we’re safe with any of these calls, but being able to teach and be able to deescalate these type of calls is the most important thing we do.”

The homeless community in Grand Rapids accounts for many mental health calls, but the Homeless Outreach Team (HOT) has helped to decrease the numbers for that community.

The general response for a mental health call from either GVPD or GRPD includes a multiple-officer team. The officers are able to assess the situation, try to calm the victim and connect them with the resources and support they need to move forward.

“If our officers are responding to a mental health pick-up order or suicidal subject, a lot of the time a supervisor will respond with them,” Reinink said. “We don’t send any less than 2-3 officers on these types of calls as they can go from 0-100 in seconds.”

The main focus for the responding officers in a mental health call is the protection of the victim and the others involved.