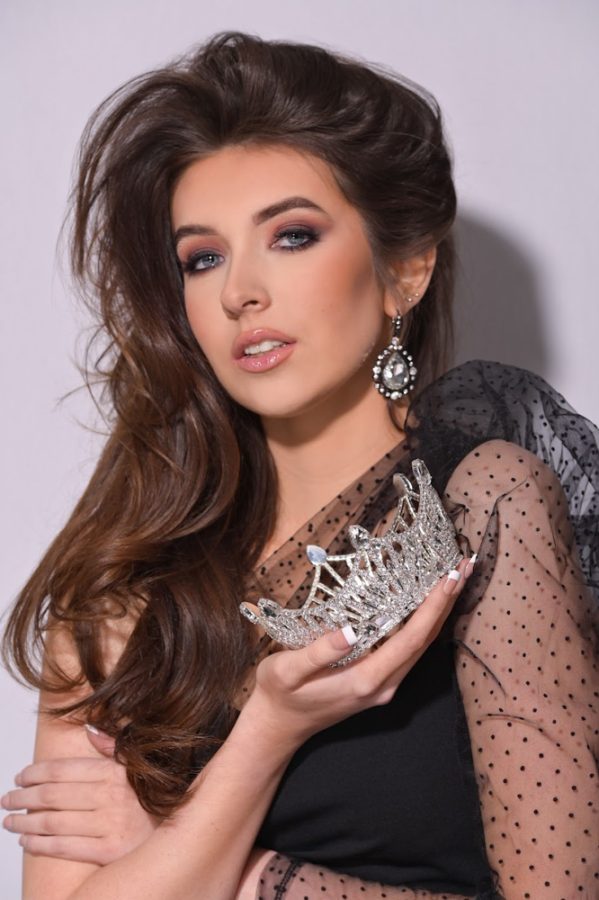 One young woman from every state in the U.S., Guam, Puerto Rico and Canada will compete in the pageant. The winner of the competition will receive a $10,000 educational scholarship.

“The competitions are more than just about beauty,” Staff said. “It’s about your intelligence and your community service.”

Following her graduation from high school, Staff said she decided to pursue modeling when she came across an application for a beauty pageant on Instagram.

“I grew up watching the Miss USA competitions with my nana,” Staff said. “We watched them every year since I was a little girl and I loved it. I would put on my mom’s high heels and grab some fake flowers and prance around the house pretending I won.”

The first pageant Staff signed up for was Miss Michigan Teen USA, the preliminary competition for Miss Teen USA.

“I thought the competition would be more like modeling,” Staff said. “I thought it would be like a runway walk with no smiling or expressing emotions. I didn’t smile one time during my first pageant and my whole wardrobe was wrong. It was horrible. Afterward, I told myself I’d never do another pageant.”

Staff said in reality pageantry is like a show, requiring participants to walk with a certain attitude and smile the entire time.

While her first experience was negative, Staff said she stayed in contact with women from the competition and ended up becoming best friends with one of them. This led her to try pageantry once more.

“I realized I had met so many cool people at the competition that I felt like I could try again,” Staff said. “I also really enjoyed the work that went into it.”

Staff said preparing for a pageant is like preparing for any other competition. It requires exercising, finding sponsors, self-promoting and attending events.

Previously, Staff had trained on her own for pageants, but she decided to hire a coach in preparation for the Miss Michigan Collegiate America Pageant.

“I went into this pageant with a different mindset,” Staff said. “In previous pageants, I went in thinking ‘I have to win this, this isn’t a game and I can’t have fun.’ For this competition, I decided I wanted to have fun and enjoy the experience. I told myself that if I didn’t win it would be fine and there would be other opportunities in the future.”

Following only two months of preparation versus the normal four to six, Staff won her first state pageant.

“It really is a job,” Staff said. “I’m a spokesperson for the national platform’s cause against bullying called Building Respect And Values for Everyone (BRAVE) and an advocate for my individual cause, arthritis awareness.”

Staff struggles with juvenile arthritis and ankylosing spondylitis, an autoimmune disease that affects the bigger joints in her body. The condition is causing the bones in Staff’s spine to slowly fuse together.

“After my diagnosis, I reached out to my doctor’s office to ask if they knew of any organizations that work with arthritis communities,” Staff said. “They referred me to the Arthritis Foundation, and for about a year now, I have sat on their Arthritis Foundation Young Professional Board.”

Staff currently works as a Chairwoman at the Arthritis Foundation, where she puts together fundraisers, campaigns and events.

The next event the foundation will be hosting is a walk to cure arthritis in Grand Rapids on Saturday, June 11.

In addition to promoting one’s cause, the winner of the national pageant travels around the country as a spokesperson for the national platform’s BRAVE program.

The winner will attend events, speaking to young students about bullying and the importance of being respectful and kind.

The next state pageant will take place in November, where Staff will give up her title and crown the next Miss Michigan Collegiate America.