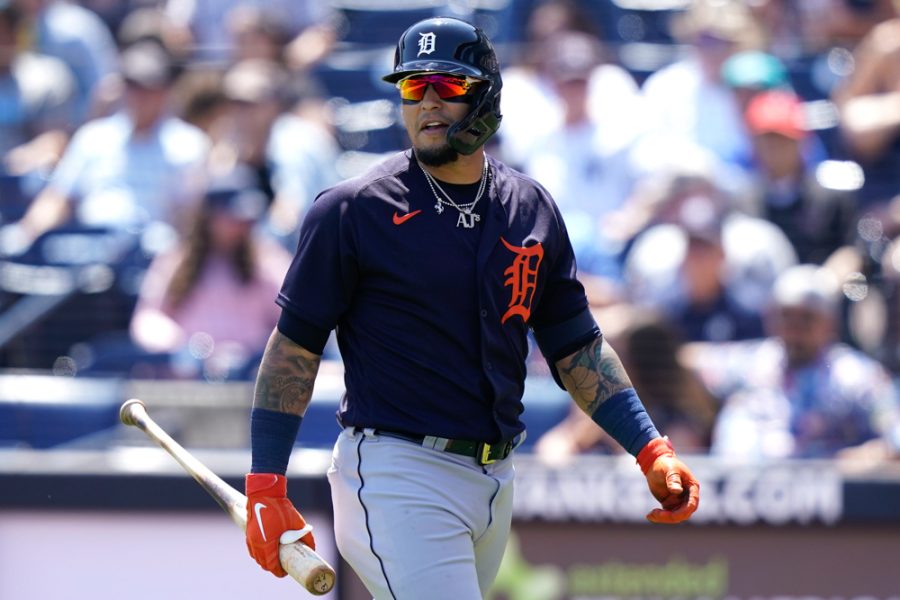 Fans of Detroit’s professional sports teams have seen very minuscule success out of the Lions, Tigers, Pistons and Red Wings. For Detroit baseball fans, the misery and sorrow have continued to mount as the Tigers have only won 70 plus games in a season three times since 2014, the worst of which being 2019, where the team won a mere 47 games.

However, in 2021, fans had a reason to be optimistic about their team for the first time in eight years — the last time Detroit qualified for the playoffs. They finished 77-85, much improved from a 2020 season where they won just 23 games during COVID-19. The Tigers will break their playoff drought due to their offseason acquisitions and young talent.

Despite their continuous disappointment, the one upside to finishing last, or close to last in all of MLB, is that the Tigers have received a top-five draft pick in every draft since 2018. In those four drafts, the Tigers selected pitcher Casey Mize, outfielder Riley Greene, first baseman Spencer Torkelson and pitcher Jackson Jobe. Mize and Torkelson began the 2022 season on the major league roster, while Greene had a standout spring training.

Detroit also boasts pitchers Tarik Skubal and Matt Manning, who both showed promise in their first games last season. Outfielder Akil Baddoo is also returning, after hitting .259 with 13 home runs and 55 RBIs in his rookie campaign.

An article by Roger Castillo says that Mize is one Tiger that’s vital to the team’s success this season. He says that Mize led the team with 3.3 Wins Above Replacement (WAR), 150 strikeouts, and 30 games started in 2021. According to Castillo, “you want to see the number of home runs given up be reduced in order for the Tigers to have a chance.”

While the Tigers have the young talent to propel them to a good season, the veteran additions during the offseason have the potential to push them over the edge and into the playoffs.

Detroit made three high-profile additions this offseason, the first being pitcher Eduardo Rodriguez. In 2019 and 2021 combined, Rodriguez posted a 32-14 record. His earned run average (ERA) isn’t top tier, but he more than makes up for that with his veteran leadership and his ability to keep runners off the bases. Rodriguez will instantly take the role of the ace on the Tigers’ pitching staff and his performance will be key to their quest for the playoffs.

The second of the Tigers’ additions and perhaps the biggest and most influential move was to steal star shortstop Javier Baez. In eight years with the Chicago Cubs and New York Mets, Baez was a force to be reckoned with on both the offensive and defensive sides of the ball. In his career, he has hit .265 with 149 home runs and 465 RBIs. In 2021, he finished with 31 home runs and 87 RBIs, while hitting .265. Defensively, Baez plays even better. He was first in defensive WAR in 2019, while also adding a Gold Glove in 2020 and two All-Star appearances. Baez will provide an instant boost to both the offense and defense and will be tasked with being the driving force behind the Tigers’ desire to make the playoffs.

The Tigers’ final high-profile addition came in the form of a trade just days before Opening Day on April 8. The Tigers dealt infielder Isaac Parades and a draft pick to the Tampa Bay Rays to acquire slugging outfielder Austin Meadows. Aside from being named an All-Star in 2019, Meadows has proven he can drive in runs, a hole Detroit desperately needed to fill, posting a career-high 106 RBIs in 2021. Meadows flew under the radar during his years with the Rays, but being a premier player in Detroit will bring the best out of him.

The Tigers played the first two games of their opening series against the Chicago White Sox. They won the first game 5-4 after a walk-off single from Baez, but lost the second game 5-2. The Tigers are prepared to make a push for the postseason for the first time in nearly a decade, and this will be the season they make the playoffs. Look for them to win anywhere from 83 to 87 games this season and snag the sixth or seventh seed in the playoffs this season.