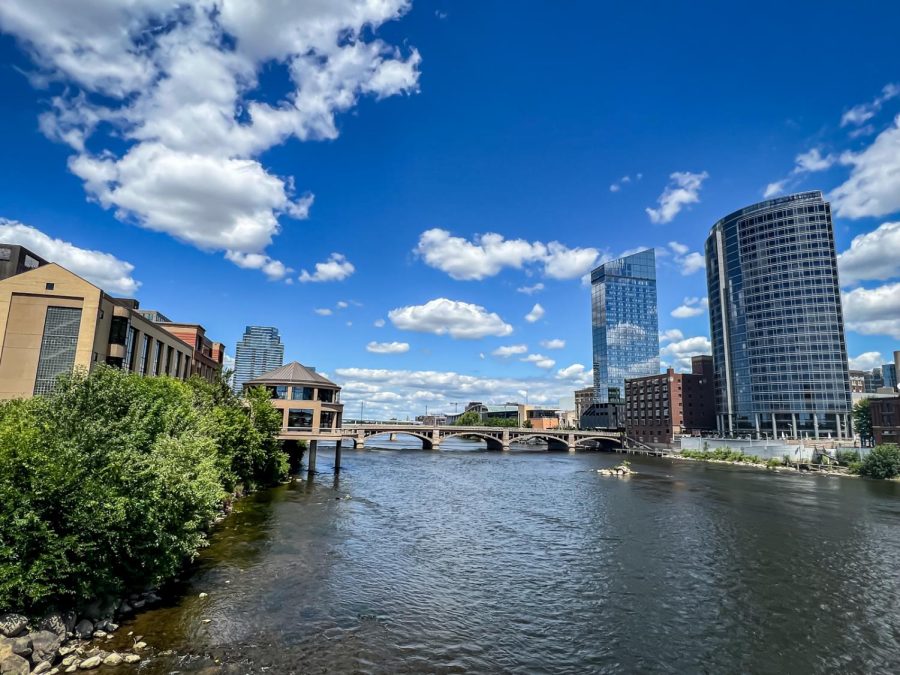 In a little over a month both Grand Rapids, Michigan and the Grand Valley State University community  will conclude the summer with the city’s newly annual ArtPrize competition. This contest brings artists from all over the world to Grand Rapids where they get to present their artistic passions in whatever medium they choose.

The artists use painting, design, sculptures, interactive pieces and whatever else they wish to do to display their passions. Many artists take this as a chance to tell a story or display their views of the world around them, while some artists take it as an opportunity to push boundaries.

One such artist is Christina Hindley.

Hindley, Canadian native and current Grand Rapids Community College (GRCC) student is working on a paper quilling project in which she will display almost 14,000 paper-quilled hearts at Art Prize in an attempt to break the Guinness World Record for the most paper quilled hearts on display.

To execute the art of paper quilling, artists use a needle that resembles a knitting needle to fold and wrap colored paper strips into different shapes and sizes. Originally, Hindley said she was planning on making flowers but she soon decided against it due to time constraints.

“My first project was flowers, but it was going to take too long, so I changed it to my current project,” Hindley said. “If I would have kept with flowers, I would have never been able to finish the project in time.”

Hindley decided to start this task last year and reached out to Guinness World Records. She soon learned that a record like this had not been created yet, so she wanted to start her own.

After almost three months of waiting on a response from Guinness she finally heard back and they accepted her challenge.

Hindley realized that ArtPrize was a perfect chance for her to display her project. On Dec. 22, 2021, Hindley began the task of creating the paper quilled hearts until she finally concluded the project about seven months later on July 15.

“The work could be very tedious and give you lots of paper cuts, but I have always been a fan of Guinness World Records since I was a kid, and I enjoy paper quilling, so it was worth it,” Hindley said.

Since the last time she counted, Hindley has created 14,114 paper quilled hearts. She plans to display them all on five by eight foot poster boards. Her art will be on display outside of Park Church located near the Grand Rapids Children’s Museum during ArtPrize.

Hindley said Park Church, a known pro-LGBTQ+ church, reached out to Hindley because they loved her concept and work and asked if she would like to use their venue as a display location.

Hindley’s work will be one of hundreds of art pieces that will be on display around downtown Grand Rapids during ArtPrize.

The event will take place from Sept. 15 to Oct. 2 across downtown Grand Rapids.