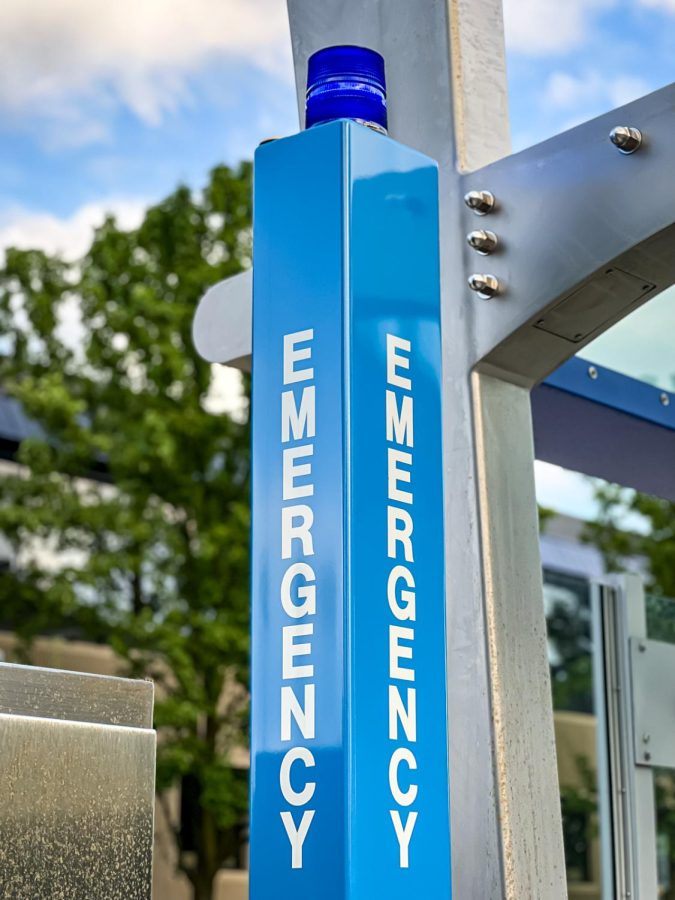 Reevaluation of GVSU’s active shooter response took place after the shooting at Columbine High School in the early 2000s, but the program continues to be updated as more schools experience gun violence and as security is able to learn from others’ shortcomings.

The initial active shooter protocol for police was to isolate the incident before further action, or even wait for specially trained individuals to arrive and eliminate the threat. This course of action, however, often results in time lost waiting while victims are trapped in dangerous situations.

In light of this, GVSU has since shifted to more active response plans, focusing on ways to quickly engage with the threat and eliminate further potential injuries.

As reported by the Texas Tribune, the police response to the elementary school shooting in Uvalde, Texas in May of this year caused major controversy when first responders waited an additional 73 minutes upon their arrival at the scene to go to the rescue of the children trapped with the gunman.

Shootings like the one in Uvalde have led to development of a new protocol in GVSU’s own hostile intruder response – what the Grand Valley Police Department has titled the Rescue Task Force.

GVPD Captain Jeffery Stoll says the university collectively has a robust system in place to prevent reaching a point of violence, implying the engagement with the threat is only the tip of the iceberg.

“There’s a lot of things going on behind the scenes to circumvent or mitigate as much as possible before an event comes to fruition,” Stoll said. “We do a lot of extensive training. Our own department does active violence related training twice a year, which is well above the average.”

GVPD’s active shooter strategy includes four installments at each point of a threat to the campus community: The Care Team, the Threat Assessment Team, the Contact Team and the Rescue Task Force.

The Care Team is composed of people from the police department, housing, students, support offices, advisors, Disability Support resources and other groups across campus depending on the need of the situation.

Along with the Care Team, the Threat Assessment Team focuses on identifying and mitigating any potential threats and taking appropriate action to navigate any aggressive or threatening behavior.

These are the factors that contribute to prevention of a violent situation. The goal is to help those members of the GVSU community that are in need before the condition can get to a place of danger for others.

“It’s always hard to predict what the future and what may have been,” Stoll said. “But I don’t think it’s unreasonable to believe that interactions we’ve had have prevented further concerns, or further incidents.”

The Contact Team is a progressive engagement team that takes action once a hostile individual has created a situation of violence. As soon as officers get on scene, they identify the contact team and go in and attempt to deal with the threat as quickly as possible to eliminate further injuries and loss of life.

The Rescue Task Force, the development of which has been a countywide focus, is responsible for how those injured in the incident can be managed and treated.

Captain Stoll says the Rescue Task Force can take advantage of the large response to these types of emergencies and use the additional personnel to assist in the rescue and liberation of the victims.

“We can utilize these officers coming in secondarily to help assist with our medical responders and firefighters to get them close to the scene safely, so they’re protected by police officers, but they’re able to start treatment and transport of the wounded,” Stoll said. “They’re getting to the hospital in minutes rather than hours, and that’s a really big difference in recovery from minor to severe injuries.”

There have been no occurrences of gun violence on GVSU’s campus, but students and faculty have remained prepared with the help of university programs should such violence arrive.

GVPD endorses the “Run, Hide, Fight” system, teaching that the best response for people in an active shooter situation is to distance oneself from the threat, find a safe space to hide, barricade oneself in and fight only as a last resort.

GVSU sophomore Gabbi Munson said she has confidence in GVSU’s campus policies, but the higher frequency of gun violence has become terrifying.

“I feel like, from a young age, we are taught what to do in an intruder situation which is both a good thing because we are prepared but also bad because it should never come to the point that we need to be prepared,” Munson said. “I think it’s very scary what people are capable of.”

The occurrence of gun violence and its frequency has led those concerned to push for new legislation and regulation of firearms.

Munson says her own experience has led her to believe that Michigan’s firearms laws are fair, but not enough to prevent gun violence outright.

“Passing a background check doesn’t stop people from getting (guns) for others even though it is illegal to do so,” Munson said. “No law can ever stop this because people are going to do what they do no matter what the law may say.”