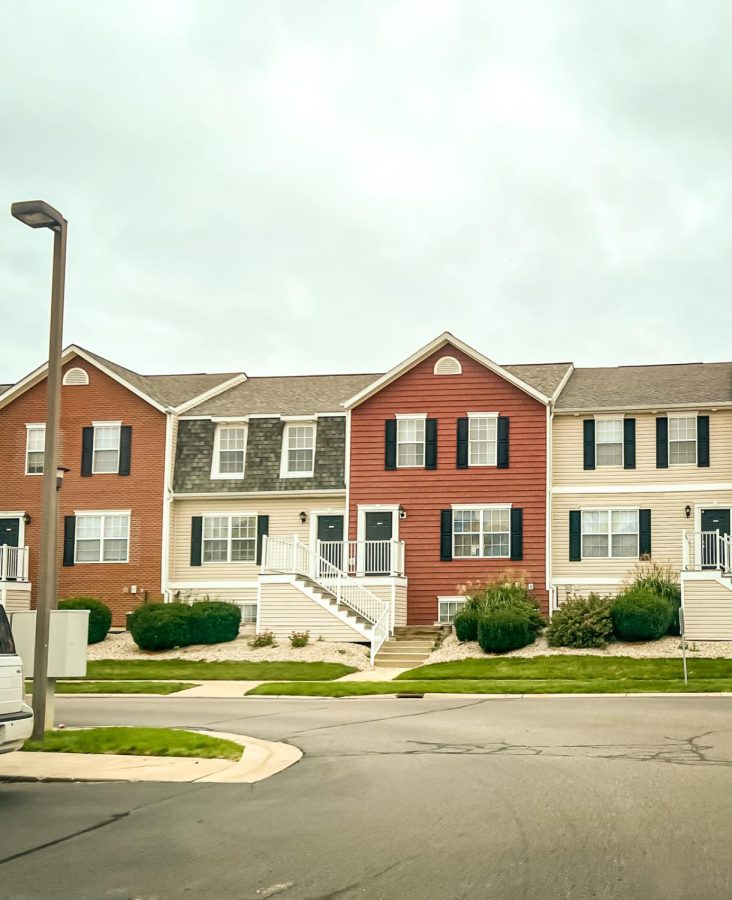 As students at Grand Valley State University celebrated Welcome Week festivities ahead of the new school year, a shooting incident at an off-campus apartment complex has brought party-related safety concerns into the community spotlight.

No injuries were reported in the incident. However, one of the buildings was hit with gunfire. Witnesses said that the unknown suspects fled the scene once the authorities arrived at the complex.

The GVSU Department of Public Safety issued a GVSUALERT! Safety Notice about the incident to keep students informed on the situation.

The Ottawa County Sheriff’s Department is the primary law enforcement on the case, but GVPD is providing assistance. They are following up with witnesses and any other information they have found. As of Sept. 2, the investigation remained ongoing.

The incident occurred during a party being held in the complex by a resident to celebrate the back-to-school season.

Students from across campus were seen attending parties, as has often been the case in the week leading up to the start of classes. As the university’s Welcome Week saw students flock back to GVSU, the thrill of seeing friends and roommates after a summer away was tangible.

Captain Jacob Sparks from the Ottawa County Sheriff’s Department said that there will be extra patrols during the fall months, especially for football games, to ensure the safety of the students.

In order to reduce the risk of violence on and around campus, it is important to know who you are bringing into your home.

GVPD has noticed an increase in people not affiliated with GVSU attending parties at apartment complexes near campus because students publicize the parties on social media.

Assistant Director of the GVSU Department of Public Safety, Captain Jeffrey Stoll, said that gun violence incidents that occur around campus are generally not caused by GVSU students. In the shooting at Canvas Apartments, the suspects were not GVSU students.

Both Stoll and Sparks’ biggest recommendation was to avoid posting details about the party on any social media platforms. Doing so increases the risk of strangers arriving at the party, which then causes more problems.

Instead of publicly posting party details on social media, students should create a group chat with the invitees and make it clear that they want to know who plans on attending.

“It’s important to be comfortable and aware of the people you’re interacting with,” Stoll said.

Stoll also advised having a “designated partier.” Similar to having a designated driver who stays sober while going out and drinking, the idea is that a designated partier will stay sober the whole night so that at least one person in your group is responsible enough to report an incident, prevent any violence from occurring or steer their friends away from potential dangers.

Always staying vigilant will prevent being put in a bad position. The key is to always have a plan when going out with friends and to be aware of your surroundings and who you surround yourself with.

“Walk with groups of people while walking around campus, especially if there has been alcohol consumption,” Sparks said. “When it is late at night and dark outside, don’t separate from your group. There is safety in numbers.”

Parties are expected to continue throughout the year. However, as Stoll indicated, remembering how to stay safe will aid students as they enjoy their time at GVSU.