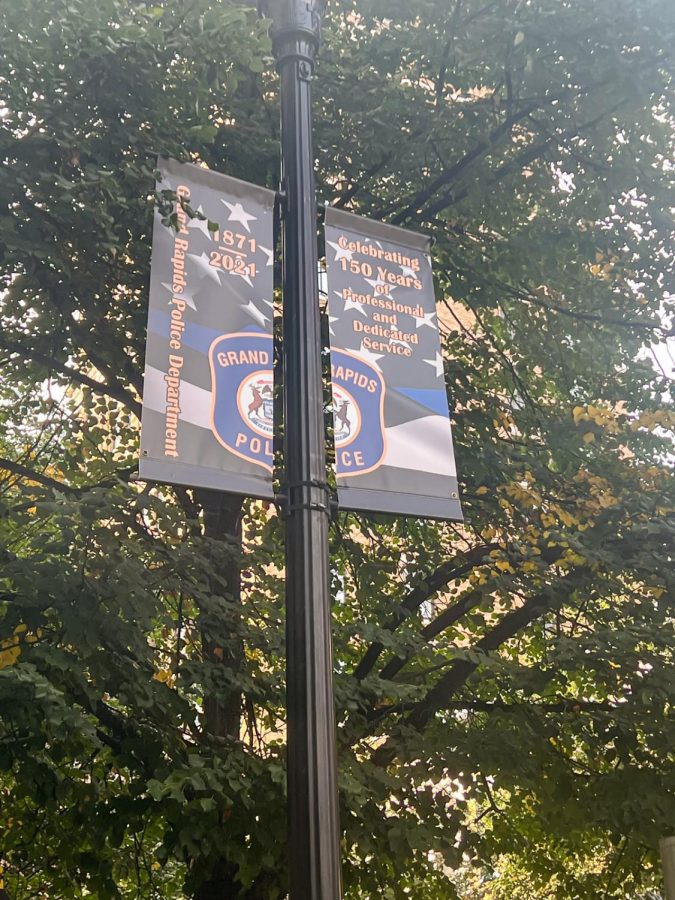 Former Grand Rapids Police Officer, Christopher Schurr, is charged with second-degree murder after shooting and killing 26-year-old Patrick Lyoya on April 4 during an altercation at a traffic stop in Grand Rapids. Preliminary hearings in the Patrick Lyoya murder case are delayed again by Kent County Court officials due to a second adjournment requested by the defense.

Meanwhile, advocates at Grand Valley State University are continuing to voice concern over the judicial process of the case.

Lyoya was a refugee from the Democratic Republic of the Congo living in Michigan. He was pulled over for improper vehicle registration and had an outstanding warrant out for his arrest. There was a struggle that ended with Schurr restraining Lyoya on the ground, and then shooting him in the back of the head.

The twice-postponed hearings will determine if there is sufficient evidence that Schurr was acting with probable cause, and subsequently, decide how the defendant will stand trial.

According to MLive, the original hearing, set for July 18, was rescheduled to Aug. 30 as requested by Schurr’s defense team in order to retrieve police procedure documents from the city of Grand Rapids.

The probable cause hearing was again postponed by Schurr’s defense team due to a large amount of discovery, according to WOODTV.

The Lyoya family has expressed outrage over the postponements, saying that the delays prolong their journey toward closure.

This instance of violence has commandeered national attention, renewing again discussion about police brutality in the United States.

Grand Valley State University released a statement acknowledging the tragedy when it occurred in April, however, the shooting has struck close to home for many on campus.

GVSU’s Office of Multicultural Affairs (OMA) is an organization that works to support the success of historically oppressed communities.

OMA Assistant Director, Phillip Todd, said the shooting’s proximity to the GVSU campuses troubled some students but was only a small part of the impact of the violence. The cultural barriers between Schurr and Lyoya heightened the risk of the situation.

“I think the concern (for police brutality) is always strong, no matter where the incident happens,” Todd said. “But to be this close to our campus and having a campus in the Grand Rapids area does add a layer of concern for some students. Once the layers of race, ethnicity and class standing are factored into the situation, it hurts even more.”

Referencing the history of this type of conflict in America, Todd said the act of violence was painful, but not surprising.

“This isn’t an isolated incident,” Todd said. “This is part of a long history between law enforcement and Black and Brown bodies in the United States. People weren’t shocked; there have been many folks in organizations in Grand Rapids saying there needed to be change within the Grand Rapids Police Department and law enforcement for years.”

Students and faculty alike are voicing frustrations with the treatment of ethnic and diverse people, especially in regard to law enforcement.

Woodsen said she was not surprised by the Lyoya shooting, and the fact the violence happened so close to home emphasized that police brutality shootings can happen anywhere.

Woodsen, whose father was an active participant of the sit-in movement during the 1960s, said it seems things will never change for Black people in America.

“The need for our presence to be felt and our concerns to be heard on this campus was a big reason for our starting BSU,” Woodsen said. “We want students to have a place to gather while in college; where people of similar backgrounds can share their experiences.”

The shooting of Patrick Lyoya by Christopher Schurr is one of the many instances of police brutality towards marginalized groups in the United States.

Todd advises to keep fighting for the change one wants to see, encouraging passion and persistence towards issues students feel strongly about.

“I say don’t let the fire burn out just because you’re leaving college,” Todd said. “You may be expected to act one way, whether it’s at work, in your neighborhood or wherever in society. It’s important to speak out against inequalities and speak out against violence.”

A status conference between Schurr’s defense and the prosecution is set for Sept. 23, but the probable cause hearing has yet to be rescheduled.

Resources for those who are struggling include the Office of Multicultural Affairs, the Office of Women’s and Gender Equity and the GVSU Counseling Center.