GV soccer ends in another tie as conference play begins 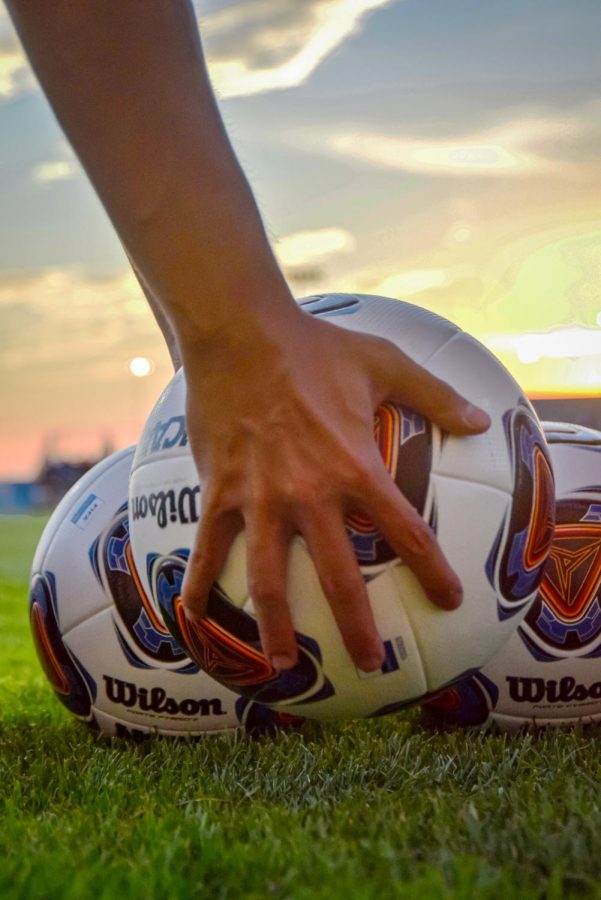 Grand Valley State University women’s soccer opened their GLIAC action in a draw against the Ferris State Bulldogs after their final out-of-conference match against Minnesota State that resulted in a loss.

The Laker’s battle on Sept. 4 against the Mavericks saw only one goal (0-1) just inside the final five minutes of the match (85:25) even though the opponent’s defense allowed GVSU to get off five shot attempts that were on target (16 total shot attempts).

Nine separate Lakers had at least one attempt at the goal, but frustrations grew as the team was unable to put together an offensive possession that resulted in points on the board.

“Honestly, Sunday was a rough game for us,” senior defender Brooke Russell said. “They came out with a ton of energy and worked a lot harder than us in the end.”

Although the Lakers weren’t able to tally another win on their season record, sophomore goalkeeper Kendall Robertson had a stand-out performance with a career-high seven saves, preventing the Mavericks from scoring at will.

“(Robertson was) one player that really stuck out to me on Sunday,” Russell said. “She has stepped up tremendously and continued to show us that we can trust her to make big-time and game-changing saves. I was so proud of her for playing as well as she did.”

GVSU shook off the loss and went into the matchup against Ferris State on Sept. 9 with one mission: display aggressiveness on both sides of the ball and leave it all out on the pitch as 18 total fouls were called on top of two issued yellow cards – one for each team.

At the opening kickoff, the Lakers dug into the Bulldogs’ defense as they forced three corner kick opportunities within the first 13 minutes of the match. Freshman defender Kacy Lauer had a great look at the goal that deflected off of the crossbar as this would be the first of three shots-on-goal for the Lakers.

“Friday was a lot better,” Russell said. “I think after losing on Sunday, it allowed us to reflect on things that needed to be executed in practice and that was shown in our gameplay.”

The first half continued to be much of the same as neither team could put the ball in the back of the net due to physical defense and miscues on offense.

GVSU did not waste any time at the start of the second half to harass the Bulldogs’ on offense as senior defender Cate Brown had the first shot attempt of the half off of a corner kick that went high. Just a few moments later, sophomore midfielder Emma Chudik also took a shot that soared left of the net.

Defense continued to be the highlight of the rest of the match as neither team could put together a successful offensive possession. The Lakers totaled 12 shot attempts for the entire match with nine corner-kick opportunities, reflecting GVSU’s ability to control where the ball is going to be on the field.

“Ferris is always such a tough game, no matter when we play them during the season,” Russell said. “There will always be battles no matter who it’s with. It’s typically such an aggressive game. Beating teams like this also just gives our team, and myself personally, such a confidence boost because they are our rivals in every sport we play at GV.”

The Lakers have now dropped to No. 4 in the GLIAC standings with a current overall record of 2-1-2. The team travels to Saginaw to face off against Saginaw Valley on Sept. 11 and will play the University of Wisconsin-Parkside at home on Friday, Sept. 16 at 7 p.m.