Singers and Swifties: Student orgs offer opportunity for students to find their niche 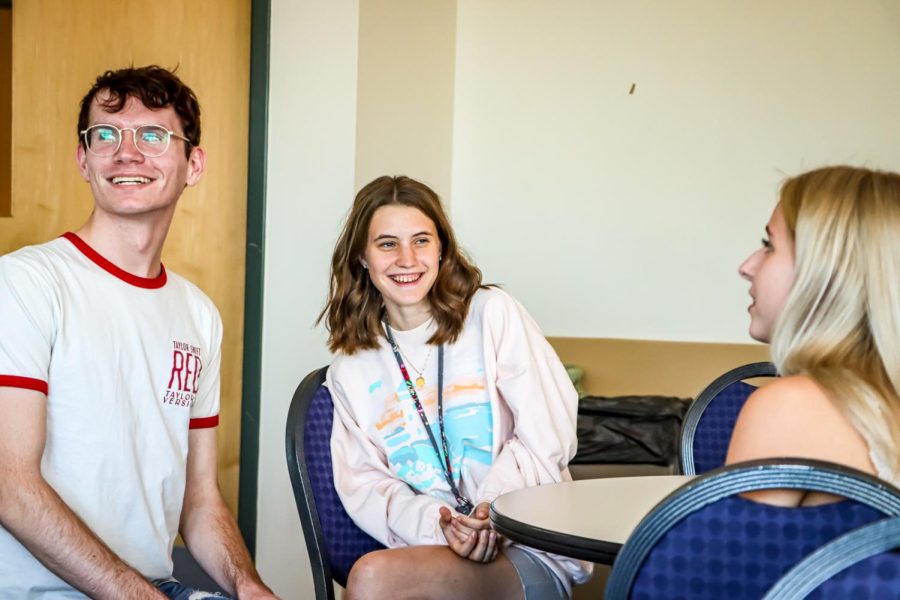 At Grand Valley State University there are over 400 student-formed clubs on campus. There is a wide selection of hobbies or interests for students to choose from, both to explore their interests and learn about new activities and opportunities on campus.

One of the newest clubs formed at GVSU is Club 13 which is centered around everything related to Taylor Swift.

Caleb White formed the club in the fall of 2021 and it’s still running this school year.

“I was trying to figure out my place on campus and how to find more people with similar interests to me, and I nearly started this club then, but life and school got in the way,” White said.

Before creating the club, White posted on a Facebook page to gauge interest for a Taylor Swift themed club and received overwhelming support and enthusiasm. He then decided to post again on the Facebook page to search for board members.

“Our meetings are really dynamic and they often evolve as they go, because our members are very creative and come up with really fun twists to our topics,” White said.

He describes the meetings as creative, laid-back and welcome to anyone. Club 13 has several events planned for this school year.

“We’re looking at having a Taylor-themed tailgate and going to a cider mill as a club, since the fall season is a staple in the Taylor Swift fandom,” White said. “It’s gonna be a really fun year and I’m super excited for what’s to come.”

While the club is unique due to its focus on a celebrity figure, like most student-run organizations, Club 13 has an e-board. White broke down each position and their role in the club.

“Each e-board member has their own responsibilities, like how the membership officer monitors our LakerLink page for prospective members and the financial officer takes charge of whatever club-related finances come about,” White said.

Each student-run organization at GVSU has to have one faculty advisor. The faculty advisor associated with Club 13 is Olivia Cooley, a chemistry professor and a GVSU Alumni. Cooley, White said, is a veteran Swiftie.

“To anyone who is thinking of joining Club 13, I would highly recommend it,” White said. “There is no level of fandom you have to be at in order to join us. Even after only a couple of meetings so far this semester, I’ve already seen a bunch of people making friends with those that they likely wouldn’t have crossed paths with otherwise. It’s a great way to make friends beyond your major, and whenever Taylor announces or releases anything, it’s really fun to have a community to share your excitement with.”

While there are clubs where students can talk about and appreciate their favorite musicians, there are also clubs to create music. One of these is GrooVe. This is an acapella group which involves singing and dancing.

To join this group there are a round of auditions held every fall. Wodja says that there are no requirements other than a love for singing.

There’s a group for every student on campus, and if there isn’t, any student can submit an application and create their own organization.