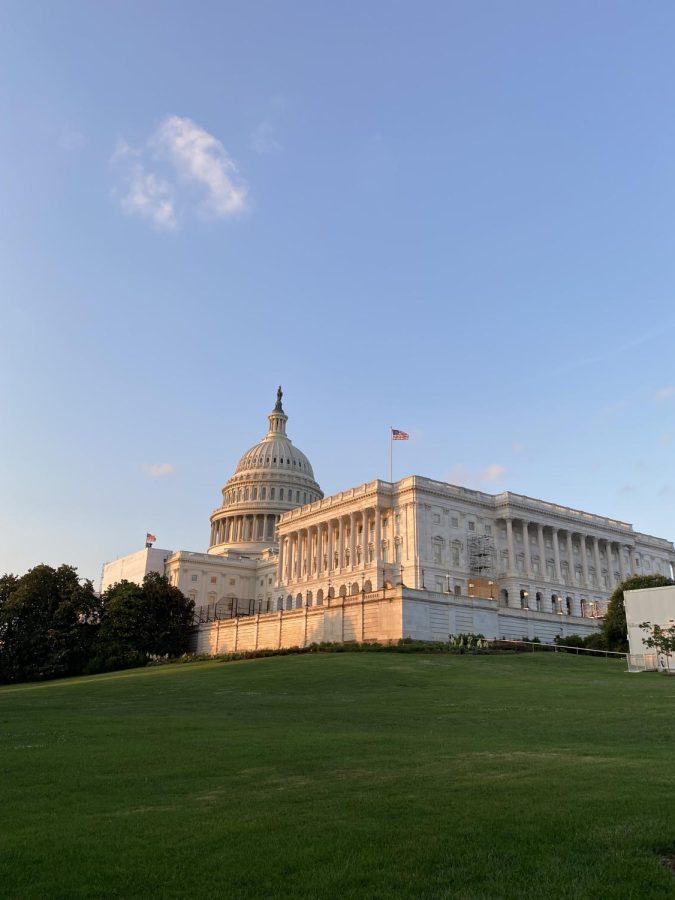 Following the recent passage of the Inflation Reduction Act (IRA) in the U.S. Congress and its enactment by President Joe Biden, the Grand Valley State University community waits to see its local impact as state officials have moved to implement Michigan’s share of the $750 billion in funding meant to combat climate change and lower the cost of healthcare, prescription drugs and energy.

On Sept. 6, Michigan Governor Gretchen Whitmer signed an executive directive to order the usage of IRA funds throughout the state.

Proponents of the IRA have portrayed the legislation as one that takes steps toward reducing the effects of climate change and lowering the costs of healthcare for millions of Americans.

Experts also believe that GVSU families, often drawn to the university by its relatively low tuition rates compared to other large state universities, could see the benefits of its passage trickle down.

“There are a few provisions of the new Act that will help low- and moderate-income families,” said GVSU professor of political science Michelle Miller-Adams. “The most important of these are policies that lower the price of prescription drugs and expand Affordable Care Act subsidies.”

According to statistics compiled in a press release from Governor Whitmer’s office, the expansion of the Affordable Care Act (ACA) subsidies will result in three million people retaining their insurance and 300,000 Michiganders saving around $800 a year on insurance premiums.

Although the IRA does not target areas unique to the American collegiate experience, GVSU students and families may feel the relief of some financial burden with lowered costs of expensive necessities.

“With increasing prices for everyday needs and the expenses for going to college, reducing the cost of healthcare and energy will make my life and my family’s lives just a bit easier financially,” said GVSU sophomore Shaun Walkowiak.

Michiganders can also receive thousands of dollars in tax credits for buying electric vehicles made in Michigan. However, even families who do not make the switch to cleaner energy sources could expect to see benefits.

“Anyone who cares about climate change and tax fairness should feel good about this bill, which makes big investments in the environment and shifts some of the tax burden to higher-income groups,” Miller-Adams said.

According to Governor Whitmer’s press release, allocations from the IRA will fund infrastructure improvements and projects to reduce air and water pollution and protect natural resources including the Great Lakes.

“I am very happy that this Act has been put into place, as it is a great starting point for our country that we can expand upon in the near future,” said GVSU junior and climate activist Madison Phillips.

Along with switching to cleaner energy sources, the IRA creates millions of manufacturing jobs to provide for clean energy sources such as solar panels and electric vehicles.

In total, an estimated 9 million jobs will be created nationwide over the next decade because of the switch to clean energy sources. These provisions, Miller-Adams said, also generate opportunities for members of the campus community to reduce costs.

While the IRA had generated backlash from prominent state groups including the Michigan Chamber of Commerce that said the legislation would negatively impact economic conditions, an analysis of the IRA from the nonpartisan Congressional Budget Office included in MLive’s reporting found that it would have little effect on this year’s inflation rate.

With it being the largest investment in combatting climate change in U.S. history, proponents frame the IRA as the first step toward achieving affordable healthcare and increasing climate change efforts in the future.